With the Titanfall beta wrapped up, things are looking fairly promising for the highly anticipated shooter.  The game’s core mechanics are solid, and the maps and modes present in the beta seemed to be well thought out.  In its final retail version, Titanfall stands a good chance of becoming a major selling point for the Xbox One.  Unless, of course, gamers prefer to buy the Xbox 360 or PC versions instead. 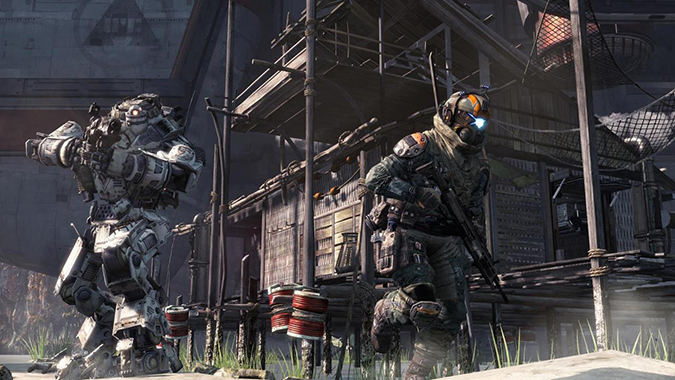 Titanfall follows the multiplayer FPS conventions of having players engage in deathmatch and objective-based game modes with customized weapon and equipment loadouts.  Performing well in combat results in earning experience points, which unlock new gear.  None of this is terribly new, but the actual gameplay does quite a bit to help Titanfall stand out.

The most obvious selling point is the presence of Titans, also known as Giant Freakin’ Robot Suits.  Over the course of a match, players earn the ability to call down a Titan, which drops in from orbit in a suitably dramatic fashion.  The Titans can either be piloted directly or left to operate automatically, in which case they will either follow their owner around the map or defend their current position.  Stomping around the map in a Titan is supremely entertaining, and offers a fascinating shift in perspective compared to traveling on foot. 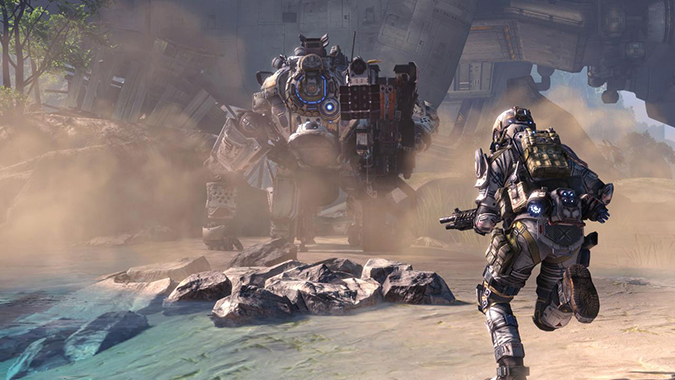 Thankfully, the balance of power between Titans and infantry is surprisingly level.  When not piloting a colossal death machine, players have access to a wide range of stealth and mobility options.  Clever use of cloaking, wall-running, and jetpack double jumps allows players to outmaneuver enemy Titans and launch surprise attacks with heavy weapons.  Knowing whether a situation calls for troops or robot suits can make the difference between winning and losing a match. 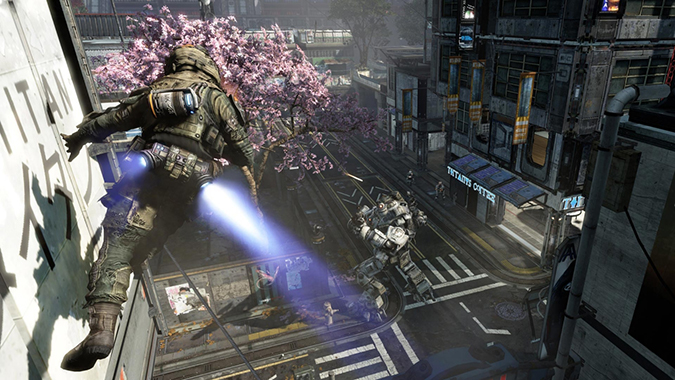 The beta offered a choice of three game types: a team deathmatch mode, a territory capture mode, and a you-only-live-once elimination mode.  Each was entertaining in its own right, and the two available maps seemed suited to all three game types.  An urban map forces players to use buildings and side streets to flank the enemy, while a more rural setting places a greater focus on ranged combat.  The most interesting feature was an “epilogue” at the end of the deathmatch and territory capture modes, where the losing team has a chance to escape on a dropship.  The mad dash to “get to the choppa” led to some intense running firefights, and escaping after being defeated was almost more entertaining than winning.

In terms of player progression, the beta seemed tuned to allow quick increases in level in order to show off the variety of weapons, equipment, and abilities.  Infantry and Titan loadouts both offered plenty of things to customize, and I can only assume that a greater variety of gear will be available in the full game.  Player characters change appearance depending on a loadout’s primary weapon, which is a clever touch.  People with sniper rifles look like snipers, and people with shotguns look ready to suppress a riot.

One thing lacking in the beta was any sign of the story hinted at in the game’s various trailer videos.  I’m still curious about how a multiplayer shooter will be able to make players care about the world they’re fighting in.  Even without a storyline, though, the beta showed some interesting ways of immersing players in the fight.  Various “mission control” characters provide a steady stream of radio transmissions that are tailored to how the match is going, which feels far less artificial than the traditional disembodied narration pioneered by games like Halo.  AI-controlled infantry also appears on both teams, offering a swarm of expendables that both harass the enemy and help make the map feel more populated than it actually is.  In terms of making multiplayer feel as cinematic as single-player, Titanfall would appear to be one of the most successful games of its kind. 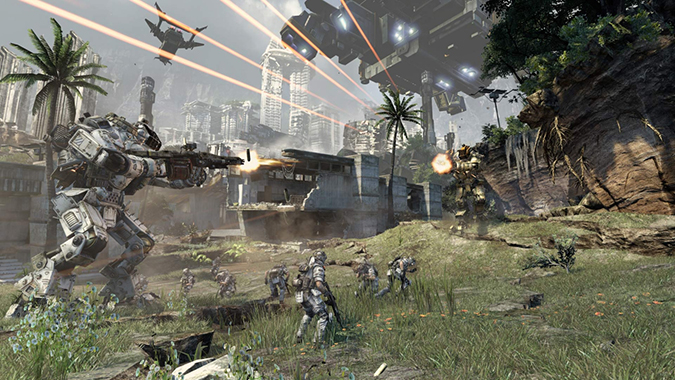 The content that was available in the Titanfall beta was entertaining, and promises a good final product if the full game is able to expand upon what we’ve seen so far.  Considering how much time has gone by since the Xbox One launch, it shouldn’t be too difficult for Titanfall to carve out an audience from bored Battlefield and Call of Duty players who want a chance to pilot a giant robot.

Titanfall is available via Amazon