Welcome back to Channel Chaser! Last year, some of you may have seen that SyFy released a mini-series called Ascension that was billed as a return to form for a channel that many, myself included, believe has lost its way. Instead of sticking to its science fiction roots firmly set in space sagas like Battlestar Galactica or Star Trek, it’s become a joke of a channel more interested in reality TV and soap operas than genuine sci-fi adventure. So, naturally, when I saw Ascension pop up on my Netflix cue, a SyFy show actually involving space and sci-fi piqued my interest. And boy, am I glad it did, or I would have missed one heck of a ride. 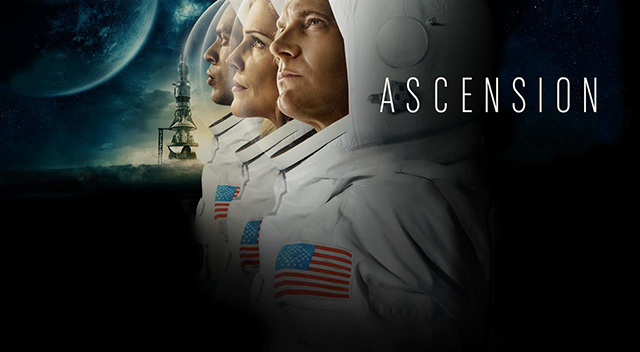 First of all, I’d like to point out that Ascension, by all accounts, received pretty mixed reviews from when it was originally on TV. Let me be the first to tell you that is utter garbage. This is one of the best sci-fi series I have watched in quite a long time. And it’s not even a real series! While it very easily could have been, SyFy decided to instead make it an “event series” with six hour-long episodes comprising the entire story. I’ve never really cared for mini-series events like these because I always feel it’s such a waste to try and jam what should be several seasons of story into a few compressed hours. The show often doesn’t have time to breathe, much less develop itself, and Ascension certainly does have some of those problems. But this is one of the very few times where the ending of the series has left me dying to know what happens next, and a profound anger that SyFy didn’t see fit to continue this amazing show. What’s the deal with that?

Anyway, Ascension starts off with an incredibly interesting premise full of true, factual historical context. Back in the 60s, then-President John F. Kennedy had a dream of exploring space and putting a man on the moon. Another less-well-known ambition of his was Project Orion, a theoretical program to design a nuclear-powered interstellar spaceship. In real life, the project was eventually abandoned. But what if it wasn’t? The show takes us there, placing us aboard the starship Ascension as its crew of 600 people enters the 51st year of their mission to colonize Proxima Centauri. Having been launched in the 60s on the 100-year journey, the ship provides us with both the fascinating concept of the “generation ship”, whose inhabitants know only their grandchildren will actually see the new world, and a microcosm of the societal problems of the 60s, but enhanced with space-age technology. 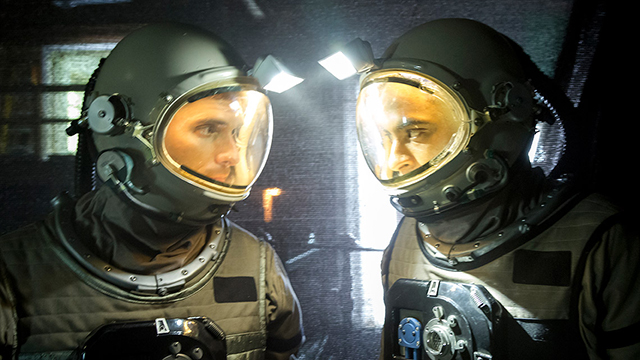 Before I continue, I’d also like to warn you that spoilers lie ahead. Now this is probably something you’ve come to expect from my columns, and don’t say I didn’t warn you, but in this case, you might really want to stop reading now if you ever want to be surprised by this show. The ending of the second episode is a massive, M. Night-style plot twist that left my jaw on the floor. Not much can do that. And it’s only the second episode, for crying out loud! That’s when I knew for certain that I was hooked.

It turns out, though, that this entire premise is one huge, gigantic, inconceivably enormous lie. The Ascension in reality never left Earth: it’s confined to a secret underground facility where normal, contemporary people monitor the crew through cameras, control the fake ship’s systems, and essentially run their lives, all for the glory of science. The real mystery unfolds following the ship’s first murder since the “launch”, and the revelation that a little girl named Christa has developed strange psychic abilities. Apparently, while there are ancillary benefits like stealing technology created by the confined crew (many of the 20th century’s advances are implied to have come from them) and seeing how people will deal with a long-term space mission, the real purpose of Ascension is to try and artificially speed up human evolution through selective breeding, isolation, and genetic manipulation by a bunch of corporate suits on the outside. Add to that class warfare brewing inside the ship and tensions in management, purpose, and desires to expose the cruelty of Ascension to the public on the outside, and you’ve got a story that spins out of control frighteningly fast. 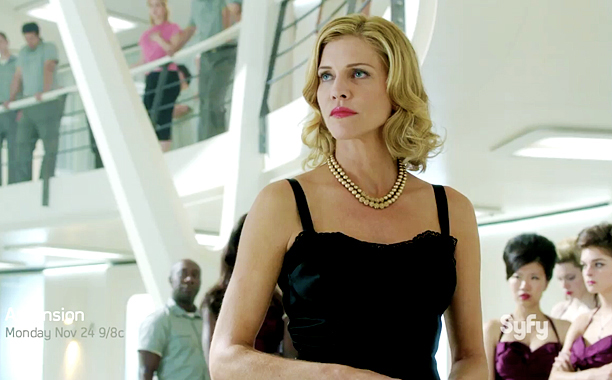 Ascension has all the elements that made fellow genre shows like Battlestar Galactica great, and I’m not just talking about shared actors (Tricia Helfer, BSG’s Cylon Number Six, is one of the main characters!). There’s plenty of space and science stuff to enjoy, but it’s primarily about the human drama both inside and outside the ship. On the inside, politicians and crew members struggle to better themselves in a world where class is a defining mark, sex is the preferred method of exchange, and every aspect of life is tightly controlled to the point that it drives most people to depression and some to insanity. On the outside, program director Harris Enzman fights to maintain the integrity of the grand experiment started by his father while also displaying all the negative qualities of a man obsessed with playing God over his Ascension captives. Granted, with how much is going on in this show, there’s not a whole lot of time for character development, which is one of the reasons that I’m not a fan of the mini-series format. But I feel that Ascension at least explores the humanity of every single one of its characters to the extent that it can in a limited time, and that’s good enough for me.

Let me be clear: it is a crime that SyFy let a show like Ascension fall through the cracks. While it had a pretty good run as a mini-series, I can only imagine the heights of greatness it might have reached had it been extended into a full run. There’s so many things left to explore and so many questions left unanswered by the end that it makes you beg for a follow-up in the best possible way. But I guess we can always hope that this sci-fi gem won’t stay inside its bottle forever.