Welcome back to Channel Chaser! I’m not sure how many readers will be familiar with it, but back in 2001, a comedy film called Wet Hot American Summer came out. It was mostly buried and got terrible reviews at the time, but it quickly evolved into a cult classic on the level of The Big Lebowski and similar films. But what does this have to do with television, you ask? Oh, yeah. Netflix made a TV show out of it. 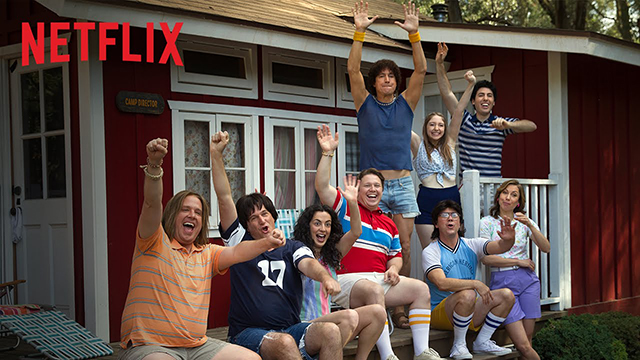 One of the major reasons that Wet Hot was such a notable movie in spite of its reviews was because it featured a crew of actors that at the time mostly weren’t very well known, but are today some of the biggest names in the industry: Paul Rudd, Amy Poehler, Bradley Cooper, H. Jon Benjamin, David Hyde Pierce, and Elizabeth Banks. The setting was Camp Firewood, a bucolic little summer camp for kids in the backwoods of Maine. The film was supposed to be a spoof on the 80s summer romance genre, with a bit of nonsensical silliness thrown in for good measure. And most of it, as you may have guessed, was about sex. But in the interest of keeping this column family-friendly, watch the movie. You’ll see what I mean.

Anyway, the point is that Netflix decided to make an 8-episode online series that brings the cast of the movie back together again after almost 15 years to do… a prequel. Yes, that’s right. Actors 15 years older than the last time we saw them tell the story of the first day of camp at Firewood (as opposed to the movie, which took place on the last day). Still playing teenagers. And if that’s not funny right off, I don’t know what is.

Let me preface everything I’m about to say with the fact that even after repeated viewings, I’m still undecided on whether Wet Hot is a good or bad movie. There are undeniably parts that still have me snorting with laughter in spite of myself, but it’s just such a doozy of a film in terms of pure, unadulterated nonsense that I can’t really take a hard stance on it. So let me just say that I’m grading this from the standpoint of how well it ties into the original film, as well as how consistent the tone and storylines are kept. And from this point of view, the series Wet Hot American Summer: The First Day of Camp completely and totally nails it.

While the actors may be 15 years older, they apparently haven’t changed at all. Rudd, Poehler, and the rest of the Camp Firewood crew slide back into their old parts like trying on an old glove that still fits. We’ve seen some bad Netflix reboots in the past (yes, I’m looking at you, Arrested Development season four), but this is not one of those flops. It even expands on the original film in a few slightly meaningful ways, including an explanation of the Camp Tigerclaw rivalry, and a bit more insight into the characters, especially Rudd’s unsympathetic, selfish playboy Andy, who goes from a straight-up terrible person to the kind of guy you love to hate. Also, Elizabeth Banks, whose character Lindsay was given a very cursory part in the original film, gets a huge backstory as a secret reporter who plays arguably the most important part in the whole series. Now that’s what I call an upgrade. 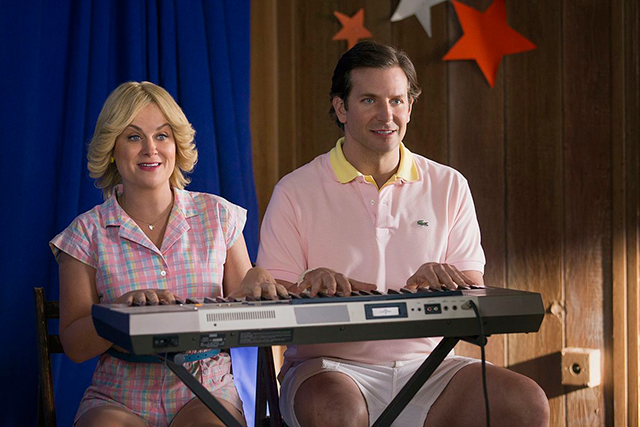 And that doesn’t even count the other celebrity cameos, including Star Trek’s Chris Pine, Mad Men’s John Hamm, and the aforementioned H. Jon Benjamin (who appears as an actual person, not just the voice of a can of vegetables. Trust me, it makes sense. Well, sort of). Also, you can see Michael Cerra, Kristen Wiig, Bruce Greenwood, Jordan Peele, and “Weird Al” Yankovic strutting their stuff. Seriously, there’s so much star power crammed into this series that it’s clear Netflix was going to the wall on this one. And it pays off.

The old themes are back too, of course. A ludicrously exaggerated danger to the camp: instead of a falling piece of the Skylab space station, an illegal toxic waste dumping site on camp property and a vast government conspiracy to cover it up that nearly results in President Reagan wiping out the camp. The satires on stereotypical summer romances: a build-up that lasts through the entire series, or the movie before, only to be crushed at the last minute by the classic friend-zone move, showing that, as we all know, nice guys finish last. Come on, you know it’s true. And of course, inappropriately placed, but still awesome, period music.

If I had any one complaint, it’s that I don’t think the newcomer Kevin’s story got as much time as it deserved. I know it’s silly to whine about plot points in a show that really isn’t supposed to have much of one to begin with, but I just thought I’d put it out there. I feel like that storyline was neglected a bit while Coop and Donna’s train wreck of a romance was played up a little too much. This is especially true because there’s no indication that Coop and Katie, who as we know were a semi-item in the first movie, even acknowledge each other’s existence. It’s probably the one time that a possible tie-in with the film’s events is ignored completely. So how did Coop and Katie get to be friends again?

But the greatest news of all is that, if they really wanted to, Netflix could totally make another series out of this. Or two. Or more. You could just keep on going with an entire summer broken down into ridiculously packed individual days that fans would totally eat up. I can’t say I’d really object much, either.

Again, this number is purely based on how faithful the material is to the original, not how much I actually like it: the jury’s still out on that one. But for people who liked the original film, this short series is a slam-dunk success. All the pieces of the puzzle just slip right back into place, and in some cases even make the strange events of the film make a little more sense. Wet Hot definitely isn’t for everyone, but is it for you? I’d say there are definitely worse things you could do with your time.