There’s something delightfully simple about tanks in video games.  The “tank level” has long been a staple of first-person shooters, offering gamers a brief respite from the tactical stresses of infantry combat.  Enemies that would be terrifying on foot are mere cannon fodder when you’re encased in an armored shell of awesomeness.  Be it the Scorpion from the Halo series or the old Battletanx games on the N64, rare is the gamer who doesn’t hold a fond memory of lumbering around in a tracked behemoth.  World of Tanks is a game built on that armored nostalgia, and the result certainly isn’t lacking in appeal. 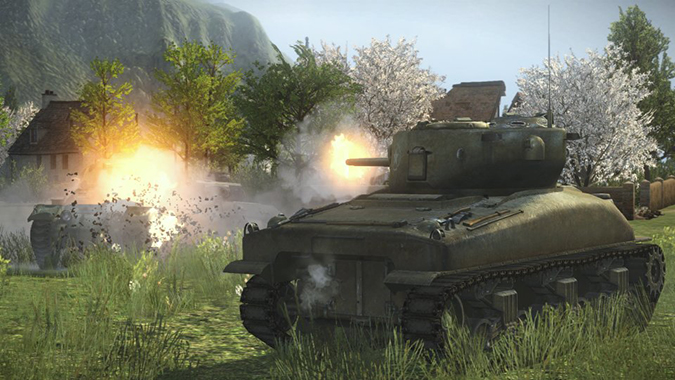 Originally built as a PC game, the new Xbox 360 Edition brings the free-to-play multiplayer of World of Tanks to console gamers.  Players fill a garage with a wide variety of armored vehicles, then use them to fight in large-scale multiplayer battles.  Winning (and, to a lesser extent, losing) earns the player money and experience points that can be used to upgrade tanks or purchase new ones.  There are five classes of tank, each with its own strengths and role on the battlefield.  Light tanks act as scouts, artillery and tank destroyers offer long-range support, and medium and heavy tanks bring the pain at close range.  Each class has its own style of play, and teams must coordinate their actions in order to succeed.

The gameplay in World of Tanks is a mix of intuitive controls and complex tactics.  There’s a significant learning curve, and a lack of respawns means that one careless mistake can put a player out of a match within the first minute.  Thankfully, eliminated players can quit, hop in one of their other tanks, and join a new match without penalty.  World of Tanks can be extremely frustrating during a run of bad results, but winning is supremely satisfying.  Whether or not the highs make up for the lows will depend on your patience for sudden and catastrophic defeats.  As with all multiplayer games, the experience is vastly improved by playing with friends.

As far as lasting appeal goes, World of Tanks has some problems.  While the catalog of tanks is incomplete compared to the PC version, the bigger issue is the lack of game mode variety.  The objective always boils down to “capture and/or defend the base,” and this rarely happens without wiping out the enemy team in the process.  Why not have a few big tanks face off against a swarm of smaller tanks?  How about some kind of convoy or VIP escort?  Why not introduce a co-op survival mode?  Without more variety in its multiplayer modes, World of Tanks runs the risk of becoming monotonous fairly quickly.  I worry that the developers will make the mistake of relying on new vehicles and maps to add variety instead of introducing new game types. 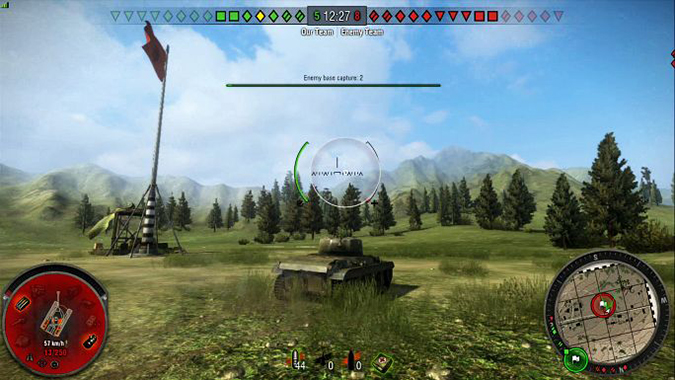 On the technical front, there’s far less to complain about.  The controls make sense, and the graphics are perfectly acceptable for a free game.  Matchmaking is quick and painless, and makes an effort to pit tanks of similar power against each other.  Sound is a highlight, and being part of a firing line of friendly tanks is a great way to wake up the neighbors.

Since World of Tanks is free to play, there are of course premium features that can be bought with real money.  A Premium version offers exclusive tanks and increased income, while in-game gold can be bought and spent on special equipment or a bigger garage.  These paid features are more a matter of convenience than actual in-game advantage, and the game isn’t pushy about recommending them.  Other developers would be wise to look at World of Tanks as a model for making money on a free game without annoying gamers. 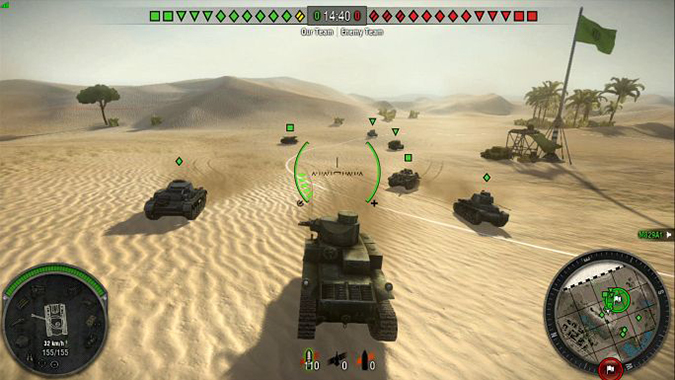 FINAL VERDICT: Given the nonexistent price of entry, World of Tanks is easily worth a try for Xbox 360 owners.  There’s a reasonable amount of fun to be had, even if the replay value isn’t as high as it could be.  If the developers ever decide to add in some new modes, I’ll be happy to re-enlist for a longer tour of duty.