From the dark days of two-episode VHS tapes to today’s era of simulcasts and Blu-Ray collections, one thing has remained constant in our relationship with anime in the United States.  Regardless of the price or format, we (and everyone else who doesn’t live in Japan) have always imported our favorite shows from their native land.  With a few notable exceptions like the Avatar franchise, we’ve never had much success with replicating the look and feel of Japanese animation in domestic productions.  The list of “why nots” is both long and familiar: high cost, limited audience, difficulty of production, and so on.  American studios just aren’t able to justify the cost of giving us our own shows about giant robots and psychic cat-eared maids.  Enter RWBY, the latest project from Rooster Teeth. 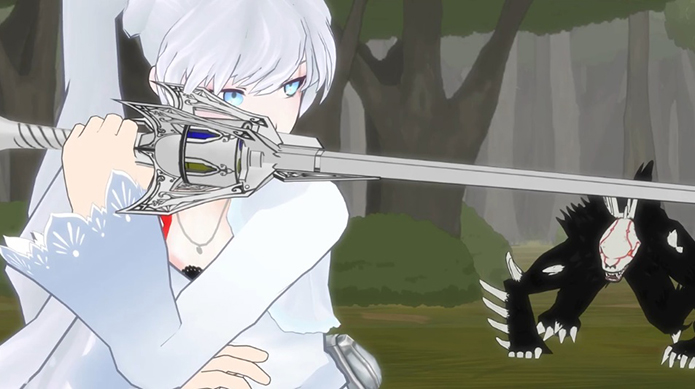 Without getting too technical, the biggest difference between RWBY and a typical anime series is the way the two are animated.  While Japanese studios have been incorporating CGI into their productions for years (Exhibit A: the delightfully outdated racing sequences in Initial D), the actual process is still very much a frame-by-frame affair.  The software used to make RWBY works more along the lines of a video game cinematic.  The animators build character models, props, and environments, then record their movements through the virtual equivalent of a camera.  The result is that the characters in RWBY can jump around and shoot monsters in the face without the folks at Rooster Teeth having to draw the whole thing thirty times for each second of video.  This means that the show can be made with a smaller staff and a smaller budget.

While I’ve enjoyed the sharp humor and colorful visual style of RWBY, what fascinates me most is what it means for the world of animation, especially when it comes to the epic science fiction and fantasy visuals that attract so many of us to anime.  As computer animation evolves and develops, it’s becoming increasingly feasible for small companies like Rooster Teeth to create shows that would once have required the resources of a major animation studio.  This is excellent news for a couple of reasons.

First, it means that unusual, financially risky projects are more likely to get the green light because of reduced animation costs.  For an example, look at Arpeggio of Blue Steel, which is airing this season.  It’s an odd little sci-fi series with some very flashy naval battles being produced by a studio typically associated with doing the 3D CGI work for bigger projects.  By leaning heavily on computer aids, they’re able to pull off some impressive action sequences in a series that would’ve been a tough sell a decade ago.  The less money they have to spend, the less they have to make, and the more quirky, original shows see the light of day. 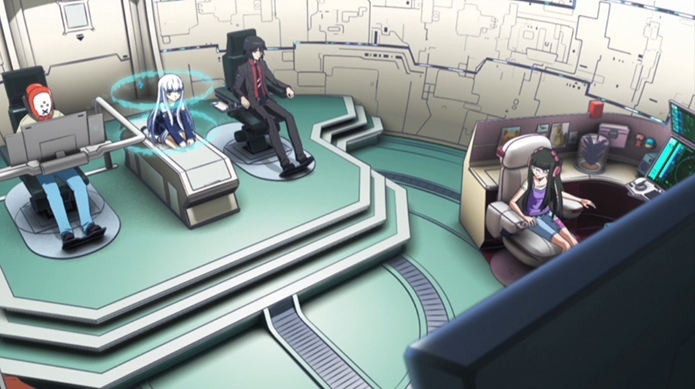 We all live in a computer generated submarine. (Too many syllables?)

Second, it means that we’re more likely to see studios outside of Japan try their hand at making something with the visual style of an anime series.  I don’t expect Pixar or Cartoon Network to give us the next Spirited Away or Madoka Magica, but I am confident that we’ll see an increasing amount of animation projects from small, independent studios from a variety of countries.  What would an anime series from an American, French, or South African director be like?  I don’t know, but I’d love to find out.

RWBY is by no means the first piece of indie animation to show off what a small team can do (anyone remember Voices of a Distant Star?), but it’s the latest example of how new technology opens up more possibilities for the world of animation.  Am I about to tear down my Samurai Champloo wall scroll to make room for a poster of Ruby or Yang?  No, but that’s mostly because I’m more of a Weiss fan.  Am I excited to see how RWBY and shows like it develop over the next few years?  Absolutely.