It took gaming communities by firestorm last weekend: a film company shooting a documentary about the history of Atari led a successful excavation of an infamous landfill in the New Mexico desert, proving true the long-debated urban legend that Atari buried truckloads of copies of the E.T. The Extra Terrestrial video game there at the start of the company’s downfall. The news was so exciting that it was picked up by mainstream news outlets as well as gaming publications. A video game related story on CNN that isn’t about how Grand Theft Auto drives people to murder? You don’t see that every day! 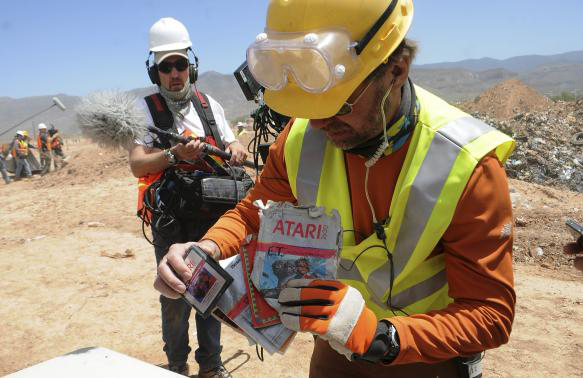 I realized later, though, that there’s one person who may not be so excited over this news: James Rolfe, better known as the now-legendary Internet video game personality “The Angry Video Game Nerd.” Rolfe has been working on his long-awaited feature length film starring the Nerd since he finished the first draft of the script back in 2008. After tons of delays, Angry Video Game Nerd: The Movie is finally entering its early post-production stages.

The problem: The plot focuses on the Angry Video Game Nerd road-tripping to New Mexico to debunk the rumor of the E.T. cartridges buried in the landfill, a rumor now proven to be true.

It’s probably easy to say, “It’s just a movie. How can a real-life event affect it?” I can guarantee you that back in 2008, James Rolfe never expected a crew to excavate the landfill. Up until this year, I’m sure everyone thought the E.T. cartridges, and the rumor surrounding them, would remain buried. How is this a problem for AVGN: The Movie? If a lot of dialogue revolves around this assumption that the E.T. games would remain buried, then audiences watching the final film can significantly lose their suspension of disbelief, knowing in the back of their minds that the urban legend of the Atari Landfill was revealed as truth.

Rolfe did lightly brush on his plans for the movie in a blog post about the excavation, in which he gives the dilemma an easy fix. Angry Video Game Nerd: The Movie, Rolfe said, will take place in an “alternate reality,” presumably one within which the games have yet to be dug up. Rolfe even argues that the excavation of the Atari Landfill will not hinder, but help, his story. He notes that this year, the aforementioned Atari documentary will be released as well as AVGN: The Movie. The news of the E.T. games being rediscovered as well as the near-simultaneous release of these two films, Rolfe says, will make his story “more timely than ever.” 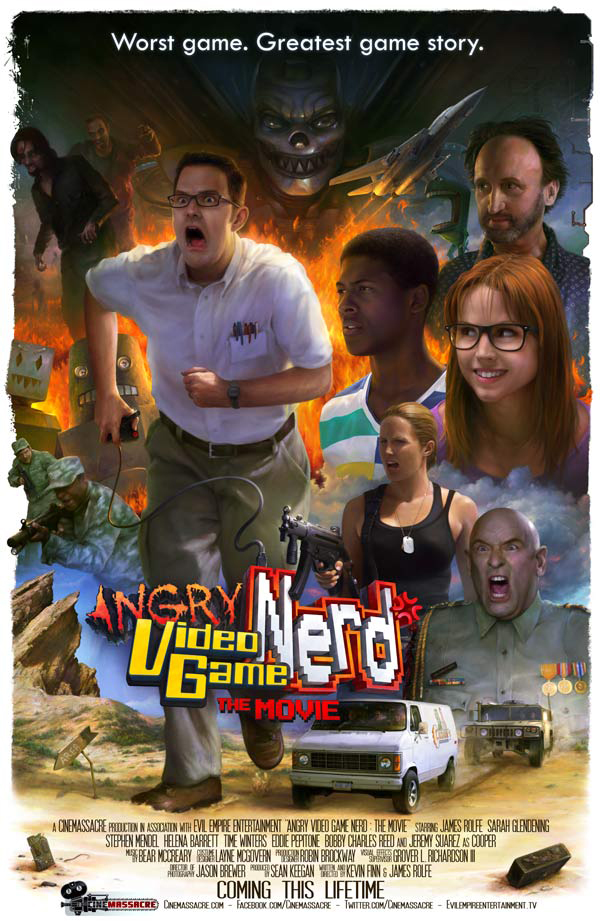 It all comes down to the audience reception, and with all the work Rolfe has put into this project I doubt most viewers of Angry Video Game Nerd: The Movie will let a real-world event affect their experience with the film. It’s important to remember the movie was entirely funded by the fans through a 2011 Indiegogo campaign. More or less, Rolfe’s project is a film for the fans, asked for by the fans and ultimately funded by the fans. In the end, Rolfe will share with us a piece of amazing Nerd goodness (which already looks amazing through the clips he has shared in production updates). For these dedicated fans and many others, the real news event of E.T. definitely won’t take away from the great humor that is to be expected from the Angry Video Game Nerd’s take on the game, and its now-famously proven urban legend.