True story: just before I sat down to write this article I went to my stovetop and made myself a huge bucket of delicious, buttery, salty popcorn (I’ve learned through experience that microwave popcorn pales in comparison to making it on the stove). Not only do I know a thing or two about making great movie snacks, I also know what makes a compelling movie to snack to. 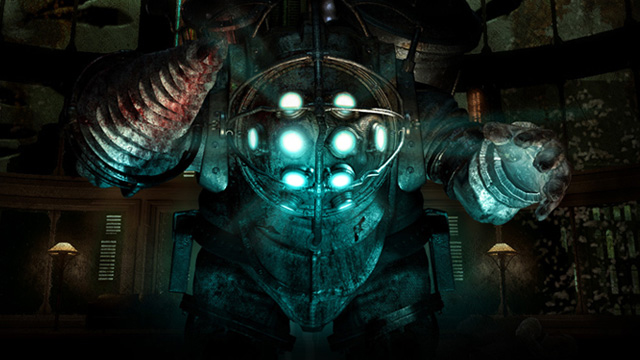 I bring up this topic because last week, more news popped up about a long-stagnating but much-anticipated video game film adaptation. That’s right, it looks like a movie based on BioShock may be going back into production, now apparently under Sony Pictures, which registered three domains possibly connected to the project.

I now raise the question yet again: with the movie industry putting out lackluster film after lackluster film based on popular video game franchises, can a movie based on BioShock, a game with arguably one of the best storylines in first-person shooter history, change the way we view video games on the silver screen?

BioShock has tons of components that make for an exciting movie: a solid plot with shocking twists, very strong major and minor characters, a breathtaking setting (I’d like to see the film happen if only to view the Art Deco grandeur of Rapture from a few more angles), and as expected in a first-person shooter, tons of action and suspense. BioShock even has an added bonus when it comes to special effects: the use of Plasmids by both the main character and the game’s hordes of enemies can lead to some amazing visuals in film, with fire, ice, lightning, and many other “genetically enhanced” abilities shooting out of characters’ arms, sailing across the big screen at high velocities in action sequences. 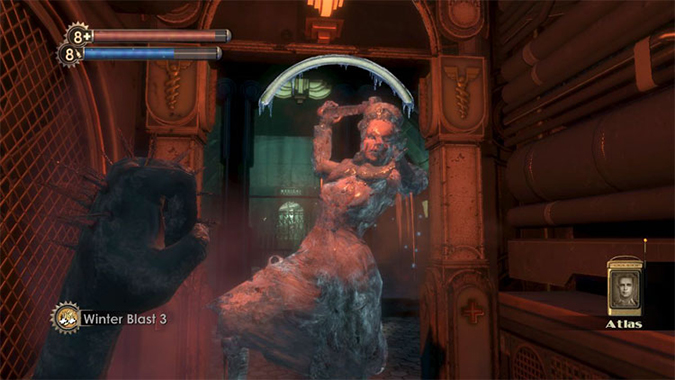 The challenge Sony faces, should they decide to follow through with the film, is the same challenge movie studios have always faced making movies based on video games in the past: it doesn’t matter how amazing a story is in a game if it can not be seamlessly translated from the participatory medium of video games into the spectating medium of film. BioShock may have had some powerful moments in its plot, some incredible twists in particular, but all of these moments were experienced directly through the actions of the player. A new protagonist that the viewer can connect to may have to be at the center of a BioShock film in order for those moments in the plot to have any success in the movie; in BioShock players took on the role of Jack, a faceless, emotionless character, because you, the player, were his face. You, the player, provided his emotions. Jack’s actions are the actions you, the player, make, and Ken Levine expertly designed the character to be invisible so the player could better place themselves in the role and thus connect on a more personal level to the situations and characters they encounter. Film does not have this luxury; as a viewer you need a protagonist with a strong relatable personality to rally behind. If Sony can create such a character to lead us through Rapture then perhaps the game’s story can be just as enlightening in the form of film.

Another challenge to a BioShock movie specifically would be how to make the game’s compelling analysis of objectivism an experience that is equally enlightening and entertaining. Andrew Ryan’s lengthy intercom speeches in which he spews his ideology across Rapture were interesting to listen to in between combat sequences in the game, but it is important that a movie not get too preachy with this kind of ideology. Here I think of a recent trilogy of independent films based on BioShock’s source material, Ayn Rand’s groundbreaking novel Atlas Shrugged, the final part of which is expected to release this July 4th. The first part of the film trilogy in particular was panned for being remarkably boring. To quote Roger Ebert in his review: “The dialogue seems to have been ripped throbbing with passion from the pages of Investors’ Business Daily.” A BioShock movie should not be preachy when informing audiences of Ayn Rand’s ideals. What made the game so compelling, rather, was seeing how holding such an extreme philosophy could go horribly wrong. This is something that could be expertly visualized in film, using similar imagery from the games: the Big Daddies and Little Sisters, the grotesque, mutated Splicers, and of course, the sheer cruelty of Andrew Ryan. 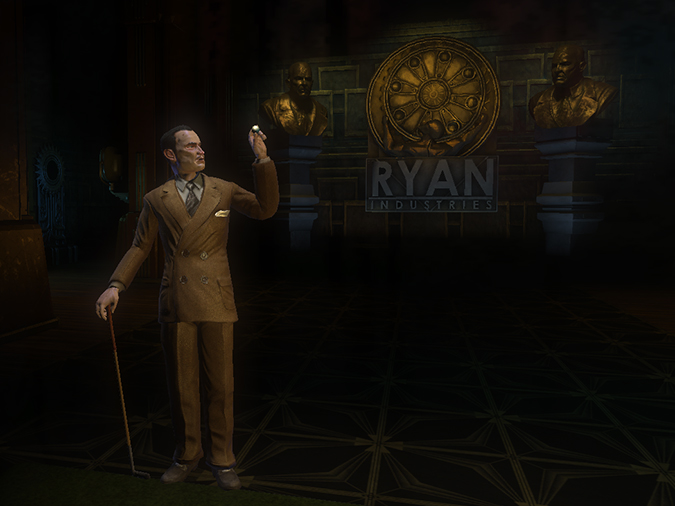 Besides the filmmaking itself, studio politics should be expected to come into play at Sony. The BioShock movie was originally called off at Universal Studios after Ken Levine and then-slated producer Gore Verbinski refused to bend to Universal’s insistence that the movie, based on a hard M-rated game, get a PG-13 rating. Getting the right director may also be an issue before going into production; directors who have played BioShock would have a very different vision for the film than those who have not played it (Guillermo del Toro has played BioShock, hint, hint, Sony). And let’s not forget about casting; which Hollywood star is right to play Andrew Ryan and can work for the given amount on their paycheck? How about an actor for Atlas? Sander Cohen?

Perhaps I’m getting a bit ahead of myself. For now, let’s celebrate that the BioShock movie has once again cleared the first hurdle: it has found a studio that seems to be interested in making it (and with Sony Pictures currently working on a movie based on The Last of Us, perhaps another proposed video game adaptation will have a chance there). I’ll be eagerly awaiting new developments, as I’m sure many other BioShock fans will be. With BioShock Infinite now wrapped up and Irrational Games significantly downsized, it seems a BioShock film is the next means through which we can once again journey to Rapture, good reviews or not.