I’ve been writing about anime on this site since October of 2013, and made stupid YouTube videos about it before that. Toss in my professional review work for Anime News Network (started in August 2014) and I’ve done enough of this for long enough that it’s started to affect how I react to what I watch. I may write further on that shift at some point, but let’s keep it amusing and list-y for now. So, here’s a list of the things you start to notice after watching far too much anime in far too little time. 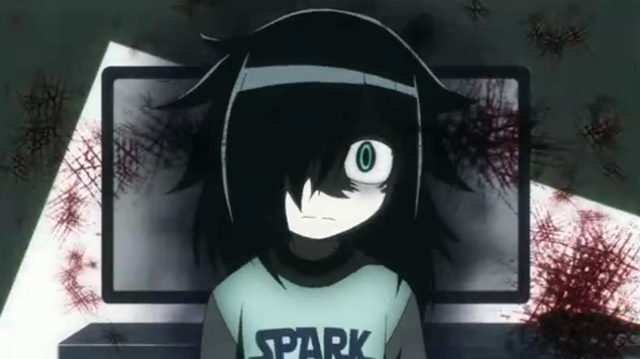 The two kinds of awful

This is a pretty broad generalization, but I’ve noticed that there are two major kinds of lousy shows out there. First, you have the stuff that’s born to be average: one season, usually based on some vaguely popular light novel series, clearly ripping off one or more hit franchises. Sometimes it’s obvious that everyone involved in a project is simply phoning it in, from the script to the animation. These shows are rarely trainwrecks, but also tend to have no distinguishing features on which to recommend them.

On the other hand, you have the times when ambition goes wrong. It’s obvious that someone had what might have been a good idea and tried really hard to make something out of it. These shows often start out promising, offering just enough appeal to piece together an audience. Along the way, however, something goes horribly, inexplicably wrong. Maybe the story goes off the rails, or maybe the animation budget just sort of runs out. Whatever happens, that early potential is smashed to pieces on the unforgiving cliffs of reality.

Having reviewed both of these kinds of shows, I’ve noticed that I react differently to each kind of awfulness. It’s usually obvious right away when a series is going to be half-assed from beginning to end. Mediocre anime doesn’t annoy me the way that it once did, perhaps because I’ve grown accustomed to every season having a few steaming piles of blah. It’s hard to really get angry at shows like this, so I don’t.

On the other hand, ambition gone wrong lights a much bigger fire under me than it used to. When a series has proven that it can be good when it tries, something about that first trainwreck moment transforms me into a boiling bucket of anger. I hate seeing good potential go to waste, and usually have to wait a while before writing a review to save the Internet from having to host another weapons-grade tant.

My eyes, they burn

Speaking of things that are lousy, working as a reviewer really ruins your tolerance for crappy animation. Good writing is always more important than good visuals, but consistent production quality still plays a huge part in making a series enjoyable. I don’t mind when a show lacks the budget for lavish backgrounds and elaborate choreography, but outright mistakes distract me like never before. When a character goes off model or the level of detail suddenly drops, some annoying voice in the back of my head starts pointing and screaming. “Look,” it shouts, “look at the mistake I found!” It’s nice to be able to fully appreciate good animation, but part of me wishes I could turn off my ability to notice the bad stuff.

Having the opening and ending credits attached to every episode in a box set is nice when you watch anime like a normal human being. A good OP or ED will help set the mood for a series. No matter how good a theme song may be, however, powering through a season for a review will make you hate the first few measures with a burning passion. Opening? Skip button. Closing? Skip button. English credit roll after the Japanese credits because people get mad if you swap out the text overlays? MOTHERF***ING SKIP BUTTON. I used to be baffled as to why reviewers so enjoy the “marathon mode” that some collections offer. Now I know, and now I agree that it should be a standard feature for anything with more than three episodes.

In some ways, this is a side effect of the first point on the list. After seeing too many shows squander clever ideas with stupid, avoidable mistakes, I’ve started to really appreciate anything that can get the basics right on a consistent basis. If you can get me some likable characters, a conflict that I care about, and a plot that makes sense, that’s at least half the battle. Doing all that usually requires someone to care about the quality of a series, and that willingness to get things right usually snowballs into something worth watching. Long live anything that can deliver “B” quality entertainment on a consistent basis.

Watch ALL the things

Writing reviews may awaken some dormant pet peeves, but it also has a habit of broadening your horizons. Sometimes you’ll end up watching something that you would have instinctively passed on otherwise, and once in a while that series ends up being something good. The more articulate your views become, the more enjoyable it is to have something defy your expectations in a positive way. I’ve warmed up to at least three genres since I started writing about anime, and that’s led me to watch some really good shows that I would’ve skipped a few years ago. If that means I occasionally have to watch something terrible, it’s a trade I’m happy to make.