The holidays are coming. Across the Internet, anime and manga retailers are starting to roll out the big discounts. In a related phenomenon, anime and manga fans are starting to inflict horrible agony upon their wallets. Holiday gifts be damned, we’ve got box sets to buy! While you sit and wait for your favorite series to go on sale, let’s take a look at This Week in Anime.

One story this week stood head and shoulders above the rest: the anime adaptation of Attack on Titan is coming back for a new season in 2016. This was arguably a foregone conclusion given the franchise’s mega-hit status, but at least we’ve finally got something approaching a release date. There are few details on offer at the moment, but it’s safe to assume that the new season will pick up where the first left off.

Given that it’s currently 2014, one might reasonably ask why it’ll be as long as two years before we get any new content. After all, the manga series is already far enough along to allow for another 20-something episodes of anime. If Naruto, Bleach, and friends can crank out episodes nonstop, why not Titan?

I’m as eager for new giant-killing goodness as anyone else, but part of me looks at the faraway release date as a good thing. Part of Attack on Titan’s appeal is that it looks damn good. Watching the anime, you get the sense that much more than a week of work went into each episode. If the production staff wants until 2016 to put a new season together, I’m inclined to give it to them.

Part of my opinion comes from my other life as the owner of a next-gen game console. Lately, it feels like I’ve been seeing more and more titles rushed out into the market before they’re done. Multiple A-list games have been buggy, unbalanced, or suspiciously sparse on content. With one of my hobbies increasingly plagued by impossible deadlines, I’m happy to see Titan take its time. As long as the finished product kicks ass, I’ll wait as long as I have to. 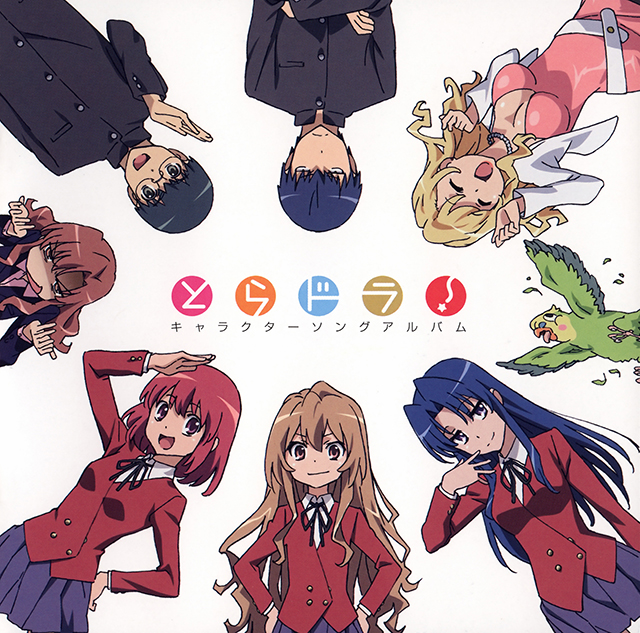 To heck with timeliness, let’s talk about an old favorite this week. Based on a series of light novels, Toradora! came out back in 2008. Yes, it’s already six years old. A lot of folks, myself included, still use it as a starting point for judging shonen romantic comedies. (Kimi ni Todoke makes a good yardstick on the shojo side of things.) It’s not the outright best or most original, but it’s a perfect example of how to make a good show in a tired old genre.

So what makes Toradora! worth coming back to? For a start, the chemistry between the main characters is fantastic. Ryuji and Taiga play the “opposites attract” scenario about as well as it’s ever been played, and can hit the funny bone and the heartstrings with equal force. They’re backed up by a supporting cast full of characters that could easily carry a series all by themselves. The five members of the core cast all have endearing quirks and believable flaws, and they help lend credibility to the show’s twists and turns.

Toradora! recently got an English dub after years of being available with subtitles. It’s a damn good one, too. After watching the first few episodes out of curiosity, I ended up going back through the entire series. For bonus points, it’s available streaming on Crunchyroll if you don’t want to buy the latest collector’s edition. If you’ve got a friend or relative who’s a sucker for a good rom-com, it could make a good introduction to anime. I’ve yet to see anyone get through the first two episodes without wanting to see more.