Hey, it’s a week! Anime happened! That can only mean one thing: it’s time for This Week in Anime.

Free to a Good Home

Funimation recently announced the English dub cast for Free! Eternal Summer. As one might expect from a series with a very vocal fanbase, they’ve played it fairly safe and brought in plenty of well-known veterans for the job. (Too bad, I was hoping we’d get Shark McShark as Rin) Whether the casting matches your tastes or not, it’s a respectable lineup that should do a decent job, even if some of the characters’ vocal patterns will be tough to replicate in English.

What interests me more than the dub lineup, though, is Free’s unusual licensing situation here in the US. The first season was only picked up by Crunchyroll, while Funimation and CR both ran their own simulcasts for the second. Funimation only has the home video rights for the second season, which is why they aren’t starting the dub process with the earlier episodes. Crunchyroll is the only US company with the rights to the first season, but they don’t normally dub anime, let alone release it on physical media.

It’s possible that the two companies will work out an agreement that lets the same actors, director, and so on work on dubbing both seasons. It’s also possible that Crunchyroll will make a go of it with a different lineup. Heck, we might not see the first season on disc at all. It’s a weird, fascinating situation that appeals to the industry analyst within me. I got as much fun as I’m likely to get out of this series the first time around, so I can just sit back and enjoy the drama. If you’re a fan who wants to own the show on disc, I suspect your interest is a tad less academic. 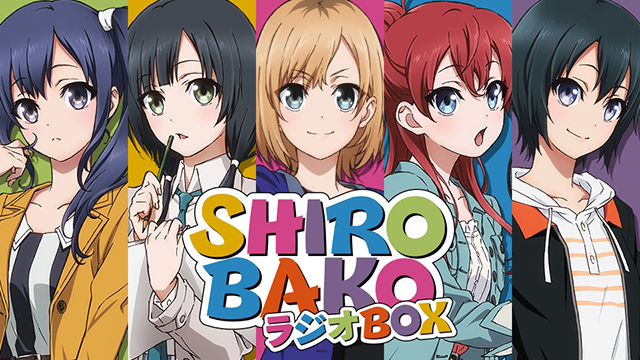 After talking about the murder-tastic Parasyte last week, I figured I’d make a sharp left turn and cover a much more upbeat show this time around. Enter Shirobako, an anime series about people making an anime series. If you still have a “make the Inception noise” app on your phone, now would be the time to use it.

The heroine in Shirobako is Aoi Miyamori, who’s recently found a job at an anime production company. Aoi is a production assistant, which is industry code for “person who does everything the senior staff can’t be bothered with.” It’s a stressful job, especially when your fellow PA is an incompetent doofus, the director is a chronic procrastinator, and the key animators are a bunch of over-sensitive drama queens. If you’ve ever worked in any kind of video production environment, you’ll be able to relate to most of the frustrations that Aoi runs across.

This brings me to my one caveat regarding Shirobako: it’s good in a very subjective way. If you’re an anime fan with production experience (me), you’ll love it. It captures the constant mayhem that goes into meeting a strict series of deadlines, but still maintains a reverence for the magic of the finished product. If you’re not in this very particular niche, your mileage will vary. Industry jargon gets thrown around all the time, and it can be tough to keep up even when you understand everything that’s being said.

Shirobako isn’t going to work for everyone, but it’s worth watching a few episodes to see if you fit into its fairly narrow target audience. Veteran fans and folks who are close to the subject matter will find a lot to enjoy.