The Toonami broadcast of Space Dandy recently started using the full opening credits from the Japanese language version of the show.  While the change was a nice treat for people who’ve been enjoying the English dub, it shouldn’t have made a particularly big difference.  After all, why would a different them song affect how much the audience enjoys the actual content of an episode?  As it turns out, a good opening sequence plays a vital role in getting viewers to engage with the world and characters of an anime series. 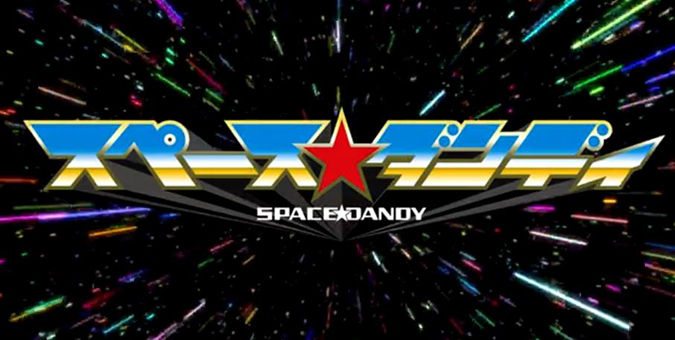 Is Space Dandy’s father named Space Daddy? Because he should be.

At an unconscious level, the way we think can be seriously affected by familiar sensations.  For example, if we see something we’ve seen before, it makes us remember what happened the last time we saw that thing, and our minds get ready for a repeat of that past experience.  This process used to provide vital information like, “I hear a wolf, so I should get ready to fight or run away.”  These days, it tends to produce less useful ideas like, “I smell a barbecue, so now I want to eat a hamburger.”  In the case of anime, the familiar sights and sounds of a show’s opening sequence can help us get in the mood to watch and enjoy that particular series.  By causing us to expect an episode of Attack on Titan, for example, “Guren no Yumiya” and its accompanying visuals set us up to be happy when those expectations were met.

All anime openings do this to some extent, but there are a number of factors that make some more effective than others.  One important element is how well the sequence matches the atmosphere of the actual show.  Looking at the Winter 2014 crop of anime, D-Fragments does this very well.  The series itself is a high-energy school comedy that relies heavily on quirky characters and visual gags. The silly lyrics and relentless pop sounds of “Stalemate!” echo this perfectly, especially when paired with a rapid barrage of visual references to the show’s most memorable jokes.  The D-Fragments opening animation is the equivalent of having a shot of espresso before drinking a giant can of Red Bull: it makes you excited to become even more excited. 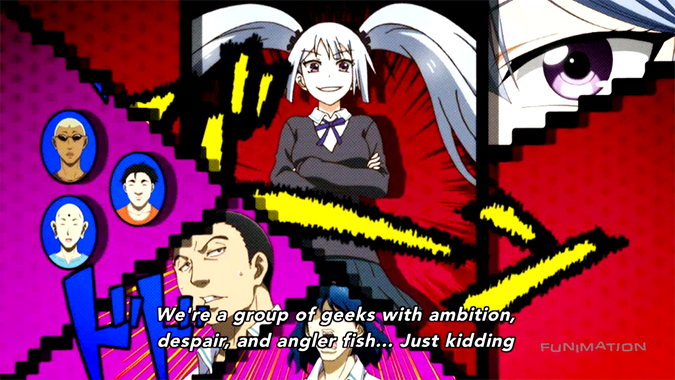 Someone at Funimation deserves a medal for having to translate this song.

A good opening sequence should also be enjoyable.  If the audience spends a minute and a half being bored before each episode even starts, a series will have extra work to do if it wants to keep viewers.  On the other hand, a theme that fans look forward to has the ability to take pressure off an otherwise average show.  Look at Engaged to the Unidentified, which is a mix of likable but underused main characters and an overbearing supporting cast.  It’s a prime example of a series that might be on shaky ground, yet I’ve stuck with it while other shows from this season have long since fallen off my radar.  “Tomadoi Recipe” has done some heavy lifting as a theme song to help hold my interest (as have the end credits, but that’s an article for another time).

Finally, a good opening sequence should be able to stand out from the crowd.  If the song and animation are neither original nor well-executed, the creators run the risk of invoking memories of better shows instead of the series that the viewer is about to watch.  Putting someone in the mood for their favorite anime before showing them something less enjoyable is an easy recipe for disappointed viewers.  Look at the elaborate, stylized animation in the opening sequences for Psycho-Pass, or the way Madoka Magica made its peppy theme song seem increasingly out of place and disturbing with each dark episode.  We remember shows like these because of how much they diverge from the safe, “cute characters doing cute things” formula of modern anime, and that streak of originality carries over into their openings and closings.  An eye-catching or unusual cover can help sell a smart, original book, and the same effect applies to animation.

So, what of Space Dandy and its newly complete opening?  While it certainly didn’t hurt the English broadcast, it has yet to make a big difference.  Part of the issue is that viewers will need a few episodes to get accustomed to the new sequence and associate it with the series.  Space Dandy is also a unique series in that the opening narration does more to get viewers’ minds into gear than the theme music.  All I need to get hyped for a new episode is to hear, “He’s a dandy guy… in space.”