I know, that may be a tough headline to read for people familiar with the “Sonic cycle,” the seemingly never-ending sequence where a new Sonic the Hedgehog game gets announced, people get into a frenzy thinking this game will revive Sega’s most famous franchise, only to be disappointed when they play the game and find it’s just as mediocre as the last Sonic installment.

But I sincerely think things are going to be different this time around. Just hear me out: 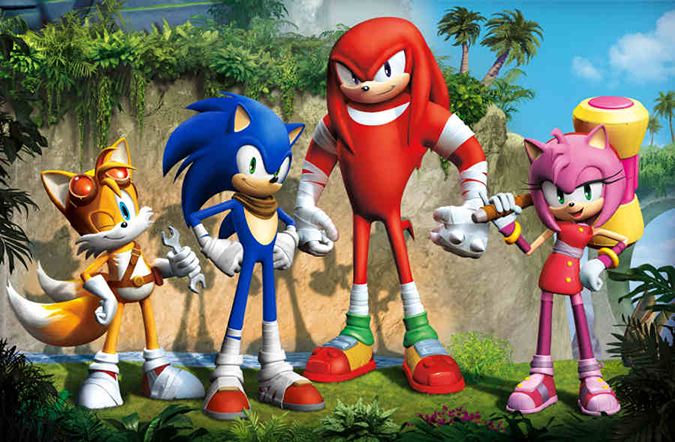 At their press event last Thursday, Sega said Sonic Boom is planned to be a cross-platform franchise. This includes a new Wii U-exclusive Sonic game developed by Big Red Button (which is made up of former Naughty Dog developers), a 52-episode cartoon series on Cartoon Network based on the game, and a toy line that will include plush toys, action figures, and role-playing toys like Sonic-shaped masks.

Maybe the “Sonic cycle” will continue with the Sonic Boom game. Maybe it won’t. What I can see is a well thought-out marketing strategy, and that’s all you need to make a faltering 22-year-old game character popular again. Sega said younger kids are their target audience with Sonic Boom, and they’ve tackled several key places where kids spend their time. The Cartoon Network show is probably the most important piece, as it will likely be the first way the latest generation of kids can easily access the adventures of the Blue Blur. The toys and the new Wii U game could then be bought up if the show gains enough popularity: go into a Toys ‘R Us and look at all of the Adventure Time toys and video games they have on sale, and you can see the potential gold mine Sega has on their hands if kids respond well to the Sonic Boom cartoon.

The new character designs are the key to re-developing Sonic and his friends in a way that today’s children can appreciate them. Of course, the fan community is already up in arms about whether or not the new designs work, but so far I like what I see. Tails has a tool belt and goggles, which makes it easier to see that he has the brains of the team. Knuckles definitely spent some time pumping iron while guarding the Master Emerald, and while some fans may not like his new beefy look I know it will help younger kids know that he is the tough guy in Sonic’s crew. Sonic himself looks a bit more ragged, with a few spikes in his head out of line, athletic tape around his wrists, hands, feet, and ankles; and a scarf around his neck that is quite possibly a reference to Uncharted protagonist Nathan Drake. Put all these together and they help to create a look that coincides with Sonic’s classic personality: a hedgehog with attitude who loves adventure and kicking butt. Though some say the athletic tape is unnecessary for Sonic and Knuckles to wear, I think it helps to give the gang the appearance of a ragtag band of vigilantes, as they were in a much earlier Sonic Saturday morning cartoon, simply titled Sonic the Hedgehog (colloquially known as Sonic SatAM).

I think back to my youth when I see Sega’s new plan to revive Sonic in the U.S. My middle school years consisted of two things: Sonic Adventure 2: Battle on the Gamecube and Sega’s previous Sonic cartoon, Sonic X. I developed a strong connection to Sonic and his friends watching that TV show and playing that one game: I grew to love Sonic’s carefree and energetic attitude, Tails’ ingenuity, and the humor between the gang and Dr. Eggman. Looking back on Sonic Adventure 2: Battle I realize now that it too was quite a mediocre game (and Sonic X a mediocre cartoon thanks to Chris Thorndyke), yet it gave me some of my most precious memories from my preteen years and I have to thank Sega for that. 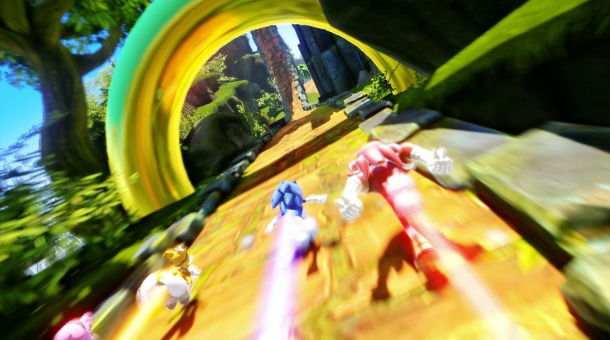 After watching its trailer I do think the Sonic Boom cartoon could use some improvement, particularly with its humor (Eggman sends “Burnbot” to capture Sonic, but it doesn’t have fire attacks, it has sharp claws! ISN’T THAT FUNNY?!). Regardless, it is clear that Sega is making an effort to get a new batch of kids to love Sonic the same way I did in middle school. Whether or not the show or the new game is mediocre like previous Sonic games and shows, I guarantee a good number of kids are going to fall in love with that spiky blue ball of going fast no matter what. And if some kids in the next generation grow to love Sonic like I did then I’d say Sega had a huge success.