I recently dropped $399 on a beautiful Wii U, capable of high-definition graphics and endless gameplay configurations thanks to its tablet-like Gamepad. But the game I enjoyed playing the most on my Wii U so far is a traditional platformer that only uses a D-pad and two buttons. That’s right, I can’t get enough of my $20 copy of DuckTales: Remastered, a remake of the 1989 NES game based on the Disney cartoon. The controls are straightforward: you use either a control stick or the D-pad to move, then there’s a jump button and an action button to make Scrooge McDuck bounce on his cane. That’s it. It’s that simple.

This may be hard to believe, but there was a time where every video game was that easy to control, yet incredibly fun and engaging despite the technological simplicity. Remakes like DuckTales: Remastered are great ways to remind us of what makes a great video game at the most basic of levels. 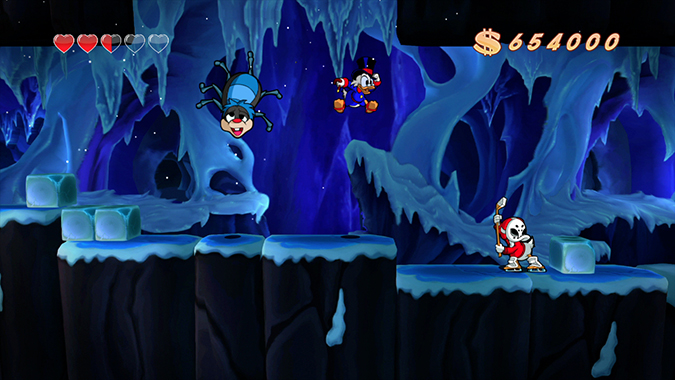 If there’s anything you immediately take away from DuckTales: Remastered is that it’s hard. And I mean classic Nintendo-hard. The game’s six levels feature countless tricky jumps, as well as a plethora of enemies and other obstacles that are often impossible to dodge without taking damage. This is especially taxing at the start of the game, when Scrooge can only take three hits before losing a life. I do get incredibly frustrated whenever I miss a tough jump playing DuckTales: Remastered, but here’s what different between this classic remake and your average modern game: instead of throwing my controller down in a fit of rage, I think about what I need to do to overcome the next obstacle. There’s a certain randomness to obstacles and especially enemies that makes modern games incredibly unfair and often deserving of the legendary controller-smash. Classic games, however, require more of a trial-and-error strategy when trying to complete them. Because the attack patterns and movements by enemies hardly change, gamers playing old-school titles can challenge themselves to work out a solution to the latest problem they’re facing. Even if the last jump in a level is difficult to land, you can at least have comfort in knowing the rest of the level is now easily beatable because you’ve memorized it. 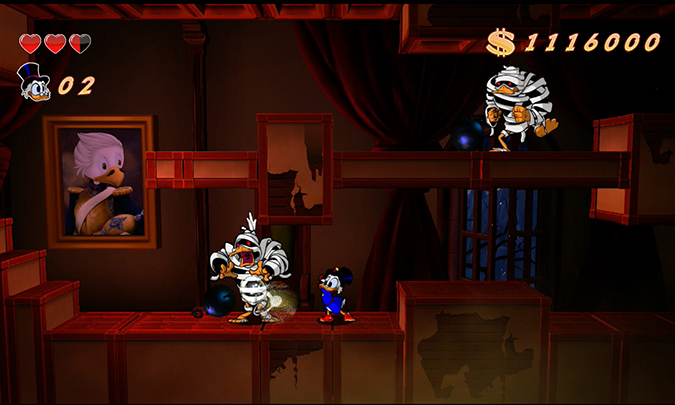 Besides level and enemy design, gameplay in classic-style games is deceptively simple. It’s not confusing to know how to play these types of games; in DuckTales: Remastered I move with the Wii U Gamepad’s left control stick, jump with the B button and perform attacks using Scrooge’s cane with the Y button. The controls are easy to master, but the challenge comes when you use the basic controls to maneuver around those aforementioned obstacles. For the longest time I wondered why more casual mobile games like Flappy Bird or Candy Crush explode in popularity, and now I realize it’s for this reason. Tap or swipe on a screen? Sure, anyone can do it. Now try swiping to match up like candies, or tap to fly a helpless bird through an endless sea of pipes. Even other classic games like Tetris share this same message: the simplest controls can present the most difficult challenges under the right circumstances.

Retro games are also among some of the most creative games ever made in terms of music and art design. Early Nintendo games sported bright color palettes, fantastic unique levels and some of the catchiest music to ever grace your television set. With this in mind, Ducktales: Remastered was a retro revival done right, with completely remastered level themes and voice acting, and beautiful hand-drawn backdrops for each level. With the capabilities modern game consoles have, bright colors and ear-candy music can again be the norm in games, grander than ever before. Some designers catch onto that, making some of the most artistically pleasing games in the modern era. 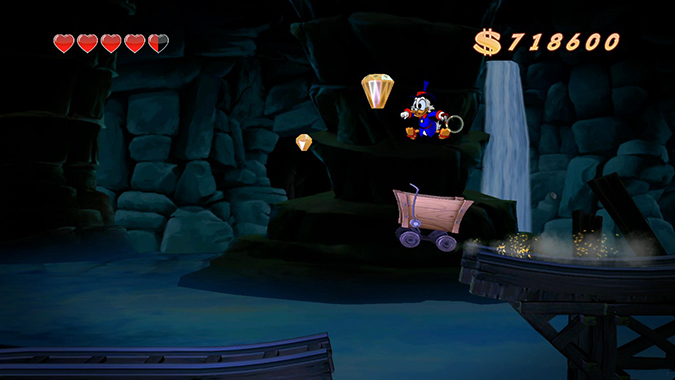 Moreover, there’s a whole retro revival as of late that spans across a vast variety of games. Independent studios in particular are at the forefront of this renewed interest in classic gameplay styles, with some examples in development being the Nintendo 64-inspired “collect-a-thon” platformer A Hat in Time, and the highly anticipated classic Mega Man-style side-scroller, Mighty No. 9. Designers like these are filling a void that we need as gamers: a need to explore vast, colorful, and unique worlds, and a need to play an engaging game that challenges us without stressing us through solid gameplay and level design. And to achieve this, sometimes you just need to go back to basics.