It was on August 7, 1865 that the New York Daily Tribune declared America finally had a popular sport of its own.

“We have several clubs; but they are mostly patronized by English citizens. Our American game seems to be baseball. We had an illustration of its popularity over the river on Thursday, when twenty-thousand men and women assembled in the heat of a midsummer’s day to witness the contest of the champion [American teams].”

What does an old baseball game have to do with video games? When you consider it has had at least 50,000 viewers at a time and more than 25 million total views over its thirteen days in existence, you might say that “Twitch Plays Pokémon” is the new American pastime. Move over, Babe Ruth. Get back in the dugout, Ted Williams. Red and his legion of simultaneous players and spectators are the new superstar players in what can be considered the most outrageously entertaining pop culture phenomenon since baseball’s popularity grew at an exponential rate 150 years ago. 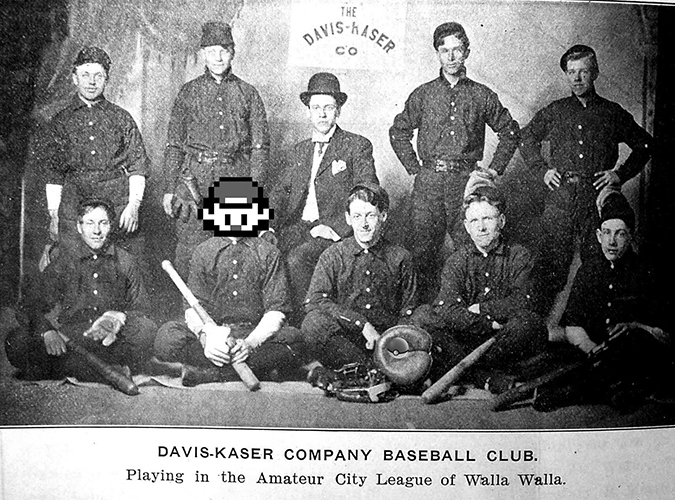 There’s more to drawing comparisons between the early years of baseball and “Twitch Plays Pokémon” than looking at the numbers. Both seem to have a strange appeal that attracted thousands to these two games, both of which are “remixed” versions of earlier games people of their respective times were familiar with (baseball stemmed from the English game “rounders,” while “Twitch Plays Pokémon” is a massive co-operative version of the single-player Pokémon Red Version). Word spread about both through social means too: “Twitch Plays Pokémon” rose in popularity through social media, baseball became a universally-played sport as it spread across army encampments during the Civil War.

What’s even more fascinating, “Twitch Plays Pokémon” exploded across Twitter, Facebook, Reddit and Tumblr for reasons that are very similar to why baseball caught on so rapidly. Again I draw from the New York Daily Tribune, which described the results of a baseball game in an issue from August 10, 1860:

“The result of the last contest was a signal defeat of the ‘Champion Club’ by the Excelsiors, and that led many to suppose that this game would be a second edition of it     . . . Though the majority did not anticipate the result that ensued, they felt sure that a good fight for the last laurels would be made – and a finely contested game it proved to be.”

The baseball game was described to have results that were not anticipated, yet the game was satisfying edge-of-your-seat entertainment? That sure sounds like the random, yet exciting events of “Twitch Plays Pokémon.” The randomness of waiting to see if a top-tier baseball player will hit a home run or strike out is very similar to waiting to feel either the excitement of Red actually capturing Zapdos, or the crushing defeat when a random Twitch user puts in the wrong command, releasing a much-beloved Pokémon into the wild. Like spectators in the baseball stand, Twitch users watching the “Twitch Plays Pokémon” stream have expectations for what they want to see happen in the game. The blatant possibility that what one expects to happen likely won’t makes the players’ “hits” that much more exciting, and the “misses” all the more devastating. 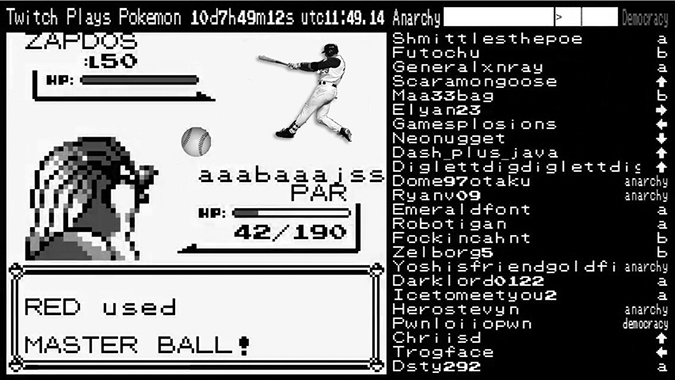 So, cook up a foot-long beef frank, pour yourself a beer, have a seat at your computer. With Red at the bat, you’re going to see one spectacle of a game.