Take all the time you need to absorb that question; I know it’s a pretty bold one to ask. When you consider most triple-A titles today contain more gunfire, bombs and destruction than the collected film history of Michael Bay, it can be hard to imagine that video games could also be a medium to resolve global conflicts rather than exacerbate and glorify them. But when executed properly, games can easily share a message of peace while still delivering immersive environments, likeable characters and good gameplay.

There are a couple of independent games that are already exploring this idea, with the best example on the market currently being last year’s hit Papers, Please. At the root of the game’s story is the very element that can help promote peace between warring nations: finding common human bonds. You are given a choice in Papers, Please: strictly follow the rules of being an immigration officer that were handed down to you by the government, or succumb to human emotion and bend those rules to help foreigners who desperately seek sanctity in Arstotzka. Often the rewards of defying the interests of the state in favor of helping a fellow human leads to greater rewards than your menial government salary. Moreover, through common human empathy the player feels a sense of satisfaction when helping these people, a newfound sense of understanding that transcends what higher authority says about people from neighboring nations. Players who experience this connection and sense of understanding can then easily translate it to the many global conflicts happening in the real world today, thus gaining a deeper understanding of such conflicts. 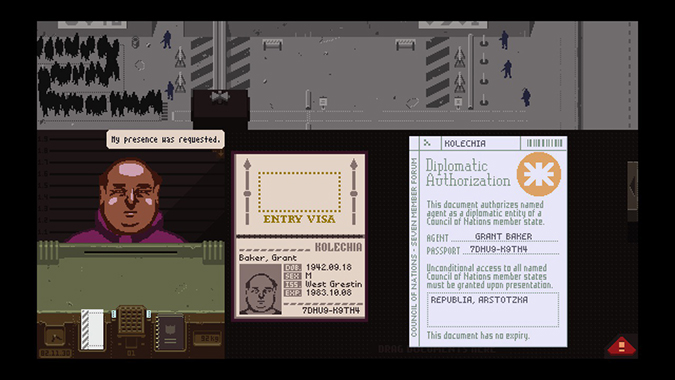 Another game that explores the suffering war brings to average humans is currently in development. 1979 Revolution is an upcoming iPad game being developed by former Grand Theft Auto developer and former Iran native Navid Khonsari. The game puts you in the role of a photojournalist involved in the violent Iranian Revolution of 1979. It is as much a history lesson as it is an exploration of human nature, boasting a “deep narrative experience.” This really is an interesting game to follow, as it has the chance to alter Western perspectives of Iran and thus give players a greater understanding of the Iranian people that is never seen in Western media. 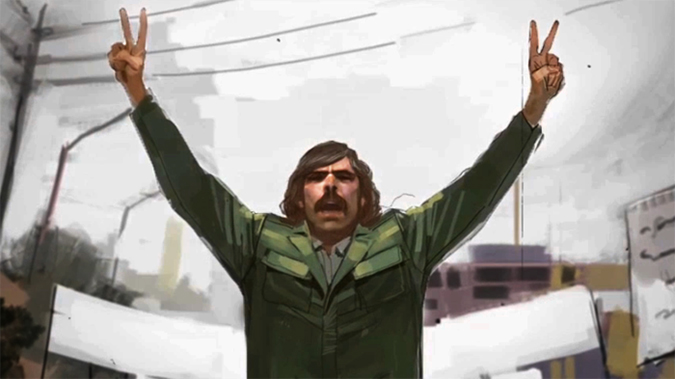 The challenge is, how do we get the average gamer interested in these kinds of games? At this point, those who seek video games that promote peace will likely be the only people who buy them. The most popular franchises are first-person shooters that are built around the glorification of war.

It would all come down to marketing these shooters in just the right way. In an article I previously wrote for The Jace Hall Show, I explored a statement by the Red Cross that suggests first-person shooters should follow the laws of war. If implemented, the organization’s ideas could lead to some unique new gameplay and narratives that can liven up the first-person shooter genre. But to make a game like that successful would have to be marketed like any other first-person shooter. It would then have to take gamers by surprise with its deep story while still giving them the satisfying experience of firing virtual guns, a difficult line to toe.

Like most peacekeeping missions, getting gamers interested in games that promote peace will be an uphill battle. But it’s not impossible to push these types of games into the mainstream. If we can encourage fellow gamers, subtly or directly, to see the potential games have to share a message while still being entertaining, then perhaps we can develop the world’s next great peacemakers from the living room couch.