Welcome back to Channel Chaser! Once again, it’s about that time of year when our favorite shows go away for another few months until the next seasons come along. With only a few episodes left for most of the shows I’ve personally been following, I wanted to offer some speculation on where things could be going, both before and after this season of TV ends.

So without further ado, here are some of my burning questions for my favorite shows.

Is the CW universe headed for Flashpoint?

Because it certainly seems that way from where I’m sitting. With all the timey-wimey things going on in The Flash right now (and yes, someone should call The Doctor about that) along with Barry’s self-stated goal to travel back in time and save his mother from being murdered by the Reverse-Flash, things are starting to parallel the famous DC comic series very closely indeed. For those of you who don’t know, in Flashpoint, Barry follows through on his plan to change the past, and it nearly destroys the universe by taking away his powers and reshaping the destinies of everyone and everything he cares about. So it seems like Barry probably shouldn’t do that.

But on the other hand…it would be really, really awesome if it were to happen. I could definitely see a season two where Barry, now in a changed present and powerless, has to deal with the damage he’s done and somehow regain his speed. We know Caitlin Snow and Cisco Ramon may be destined to get meta-human powers of their own someday as Killer Frost and Vibe, so maybe this is how it happens? Plus, if it carried over to the rest of the CW universe, it could certainly set things right on Arrow as well. But more on that in a minute.

Who is the new mystery spin-off cast member?

Honestly, there’s several possibilities, and they’re all pretty cool. It was recently announced that British actor Franz Drameh would fill the final void in the cast of the untitled Flash/Arrow spin-off, and speculation has been running wild. At first I was really excited because Drameh is the spitting image of Jaime Reyes, a.k.a. the Blue Beetle, who I’ve been campaigning for a TV appearance for quite a while. Also, there’s the similarity with names (the cast list has him in a role named “Jay Jackson” for now) and background (he works in an auto body? So does Jaime!). 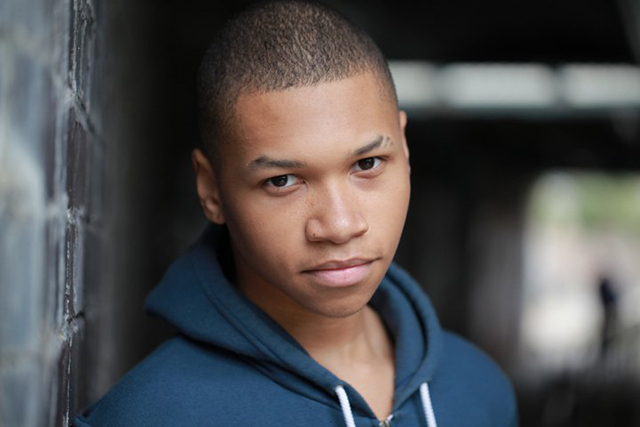 But the more I thought about it, the more I hope I’m wrong about that. One, I think Blue Beetle needs to get his own show in order to do the awesome character justice. And two, the backstory Drameh’s character has doesn’t completely jive–a sports injury and a tendency for wisecracking are things Jaime Reyes isn’t really known for. If I were a betting man, I’d say there’s a much better chance of Jay Jackson being a codename for Virgil Hawkins (Static Shock) or maybe Victor Stone (Cyborg). Either of these heroes could add some sass and levity to the upcoming series, which by all accounts looks like it’s going to be amazing.

Speaking of which, where the heck is…?

Booster Gold, for one. I know I sound like a broken record on this, but it’s just that the jet-set show-off hero from the future continues to be one of the most interesting and least-explored characters in the DC universe: prime territory for the CW to develop. With all the time-travel that’s happening now in The Flash, and with more slated for the spin-off coming up, it seems like the time is right for Booster to appear. I could totally see him popping in from the future to give Barry Allen or Rip Hunter a hard time, and the tone of his character overall strikes me as perfect for CW shows.

Secondly, and a bit more obscurely, Doctor Light. This may come as a bit of a shock to some people, but we already got a bit of a hint that the super villain may exist in some form in this universe (anyone remember when Cisco and Caitlin fought off Slade using “some nutty scientist’s” prototype light gun?). Again, it seems to me the hapless, luckless bad guy could be a good fit along with the Rogues in The Flash’s continuum.

Will Arrow ever be the same again?

And by “the same”, I also mean “good.” Seriously, this season has dragged so hard that at times it has bored me to tears. First there was Sara’s death (unnecessary, I thought), then Oliver’s ongoing identity crisis, and the incredibly lackluster League of Assassins. Only the fun little jaunts of the Suicide Squad have made this a season worth watching, really. Oh, and Ray Palmer’s own budding superhero career as the Atom. But like so many other things, Ray wasn’t given nearly enough screen time this season, his bubbly personality all but drowned beneath the overwhelming tidal wave of dark, angsty Queen life. It’s all been a bit too much, if you ask me. Hence why I kind of hope a Flashpoint-type event resets everything in Arrow, too. There just doesn’t seem to be many ways of getting out of the bind Oliver’s in now.

Or will Supernatural ever get a plot again?

But if you really want an example of a wasted season…wow. Supernatural season ten really takes the cake in that department. Can anyone tell me what the point was, exactly? We had what seemed like such a cool story arc in that Dean became a demon and basically the enemy, including becoming best buddies with Crowley (hilarious), but it went away after, like, two episodes. What was that all about? And then all we get in return is a season full of filler without any kind of clear villain whatsoever. Except Rowena and the witches, I suppose. But who cares about them, seriously? I know I don’t. 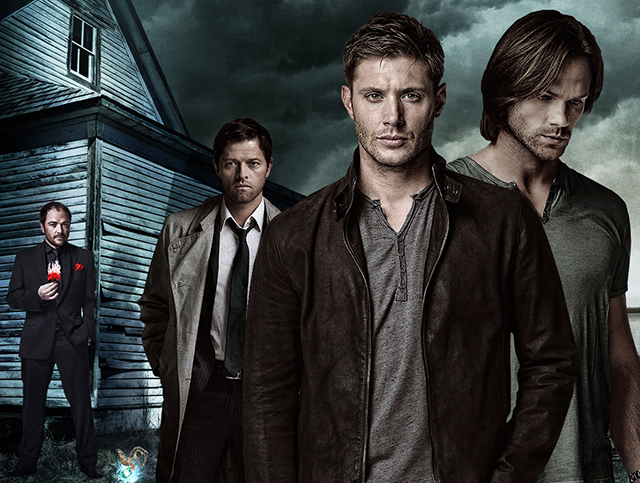 I was most surprised, actually, by how promoting Crowley to a regular character didn’t really turn out as well as I thought it would. But I guess the old saying that familiarity breeds contempt is right on the money. When Crowley was a recurring bad guy, I’d always look forward to his return to the plot and his ever-treacherous motives and double-dealing. As it stands now, though, the story has humanized Crowley far too much for me to consider him a real villain or a serious player in the Heaven vs. Hell game anymore. I secretly hope this show doesn’t make the cut for season eleven.

Should Gotham get another season? 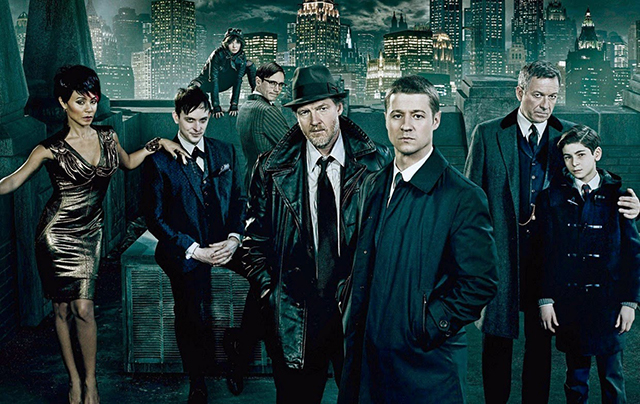 Short answer for this one: absolutely not. Despite its initial promise, much like its Netflix Marvel cousin Daredevil, Gotham has proven to be a colorless, joyless, and dull program whose characters take themselves much too seriously and whose story is much too convoluted and soap opera-like for its own good, with the outstanding performance of the Penguin being its only saving grace. And can somebody please, please tell me why Fish Mooney was ever in this show to begin with? No? Didn’t think so.

And where is Game of Thrones going now?

Okay, so I’m cheating a little with this one: it just started a season. But I couldn’t have you thinking that all I cared about was CW and comics shows, could I? We’re starting to see a lot more deviation from the source material with Game of Thrones, and it’s really anybody’s guess how things could turn out. The first few episodes have kind of dragged, but last week’s “High Sparrow” helped to pick up the pace and bring a few new character interactions, like Ramsay and Sansa as well as Tyrion being kidnapped by Jorah. That seems like it could make for a fun odyssey. And what sort of monstrous abomination is Qyburn, the Pinky and the Brain of Westeros, whipping up in his lab? Will we ever see Bran Stark again? Oh, and how amazing and priceless was it the way Margaery schooled Circe like that? I don’t know about anyone else, but I’ve been waiting for that one for a long, long time. Hopefully, Game of Thrones can sail through these pre-game doldrums and get back on track before too long. But with the following for the show the way it is, I doubt that even a sub-par season would slow it down now.