Yeah, I was really trying hard to come up with that title…

Anyway, welcome to another edition of Channel Chaser! As you may have guessed (or not) from the title of today’s review, I’ll be taking a look at USA’s short-lived sci-fi series The 4400. While this show pretty much flew under the radar both before and since its release, and was cancelled after an incomplete run of four relatively short seasons, I really can’t wait another second to talk about this absolute gem of a series. 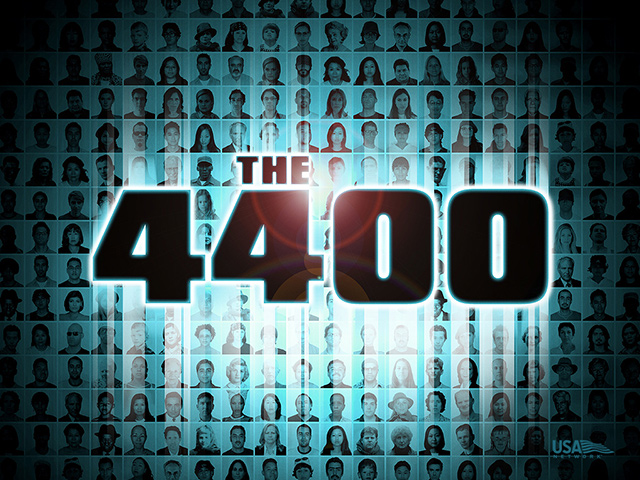 Set in the present day, which in the context of this show is 2004, the show details the aftermath of a mysterious ball of light appearing from space and landing in the woods outside Seattle, Washington. Contrary to what most people would expect, said ball of light doesn’t carry aliens: instead, it brings back 4,400 human beings, each of whom vanished under strange circumstances over the past 60 years. With help and supervision from a special team of national security agents, the members of the “4400” attempt to reintegrate into society and rebuild their old lives, some with more difficulty than others. And some with even more difficulty than that, because they appear to be developing special abilities: telekinesis, mind reading, healing, you name it. Agents Tom Baldwin and Diana Skouris are partnered up to handle these cases and track down rogue 4400s, while also dealing with international conspiracies and the future of the human race.

Okay, so it’s not an original idea for a plot. In fact, it’s ripped straight out of Mulder and Scully’s days from the classic mystery serial The X-Files, complete with the personally involved, faith and gut instincts male agent versus the cool, intellectual, and skeptical female partner. Even the format of the show is similar, often with Tom and Diana tracking down a new super-powered returnee every week. But there are many reasons why I think The 4400 not only matches The X-Files in these things, but also does it better than the ‘90s show ever did.

First of all, in spite of appearances, no aliens are involved in The 4400: none whatsoever. It’s way cooler than that. It gradually becomes apparent that the 4400 were not abducted by extraterrestrials, but by other humans from mankind’s own future, where they were genetically altered and sent back into the past in order to prevent an unnamed great catastrophe that will destroy civilization as we know it. And while the intricacies of this time-travel premise are greatly explored throughout the series, the show manages to avoid most of the more obvious issues and clichés that usually come with it by concentrating not on how changing the past directly affects future events, but rather the principle of the “ripple effect.” In other words, the actions of enhanced 4400s in the past don’t directly change things, but have larger impacts on society or certain groups of people in general: for example, a super-strong vigilante inspiring people to clean up their crime-ridden neighborhood themselves, even after his death.

This of course makes for a fascinating study of how the smallest actions can create massive global changes, and how important and special each individual person can be. It also ensures that its mutant-of-the-week style never bogs down the show. Because of the ripple principle and the show’s own overarching plot, there’s no such thing in The 4400 as the painful, dragging filler that so plagued The X-Files. 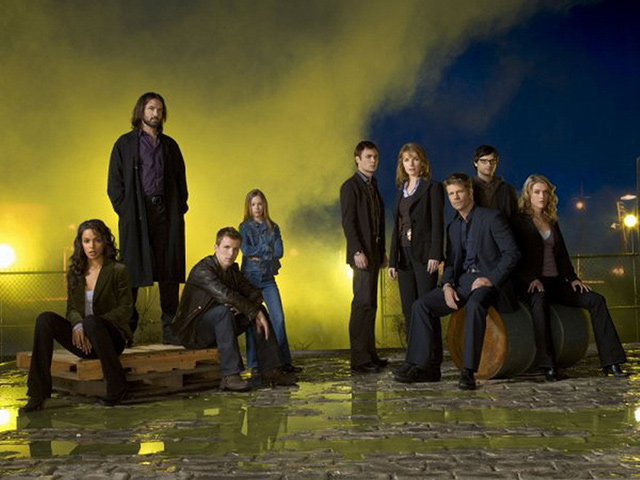 From a character and acting standpoint as well, Tom and Diana make for a better Mulder and Scully team-up than…well, Mulder and Scully. Tom has a personal stake in the 4400 cases from the get-go, as his long-lost nephew is among the returned and his son was put into a coma by future forces for unknown reasons. Additionally, Diana eventually overcomes her cold, standoffish personality and takes Maia, a young girl who is one of the 4400, into her own home and comes to love her like a daughter…granted, a daughter who dreams the future, but still. Big shout-outs are due to actors Joel Gretsch and Jacqueline McKenzie as well for the humor, interplay, and essential humanity they bring to their parts as government agents frequently dealing with ridiculous situations. It’s not quite as goofy as some similar shows, but it’s a heck of a lot better than the melodramatic, over-serious snore-fest of a relationship that was The X-Files.

Additionally, The 4400 makes great use of recurring characters and just good characterization overall to make the returnees, despite their unusual powers and quirks, seem just as human and relatable as anyone else. Although if there is a weak spot in the show’s armor, it’s Jordan Collier. The 4400 former businessman-turned-messiah quickly becomes a figurehead for the movement despite his less-than-perfect qualities and the lust for power, and just plain lust, that he so clearly suffers from. Granted, some of it is due to actor Billy Campbell’s own spotty schedule–he had to have his character assassinated and then brought back to life when he took some time off–but I just don’t buy Jordan’s supposed transformation into the righteous leader he’s portrayed as by the end of the series. But that’s the thing about The 4400: all the characters are so morally grey that by the end, you’re not sure whose side you should be on.

From a plot standpoint, the scope of The 4400 is actually quite epic, starting from the initial confusion surrounding the return and powers in the first season to global conspiracies, the fate of mankind, and making 4400 abilities available to the general public through special injections (although users should be warned that they have a 50/50 chance of just dying outright). Not confined to the scope of real-world events, the show creates its own almost apocalyptic vision of the present day that really sucks you into the world of the characters. After all, if crazy things like these were happening in the real world, you’d better believe things would seriously have to change. The fact that the cancelled series ends on a massive cliffhanger, with no solution in sight, to me actually seems more appropriate than it being tied up in a neat little bow. The show is all about choices, fate versus free will, and how nothing is ever certain, so the audience being left to draw their own conclusions about what should happen and who the good guys really are should give viewers something real to wrestle with.

While it’s not quite a perfect show and there are a few flaws to its logic, The 4400 is still an incredibly solid series that it was a crime to ever cancel in the first place. If you like The X-Files, I assure you you’ll probably like this show even more. And despite the lack of a nice, neat ending, the final episode actually leaves us with quite a dilemma. The future people say their time is a wasteland with only one city (Seattle) still standing, and that dominated by a ruling class of elites while everyone else suffers. But if the 4400 are supposed to save the world by annexing Seattle and turning it into a new Jerusalem by the end of the show, aren’t they just playing right into what the future would be anyway? It’s a question that you’d need to be able to see the future to answer.