Welcome to another edition of Channel Chaser! Because it seems that all I’ve talked about recently is how great the shows out there right now based on DC Comics characters are, it’s time to give Marvel another shot at the small screen, and the perfect opportunity has presented itself with Daredevil, the first Netflix-exclusive series in Marvel’s arsenal. 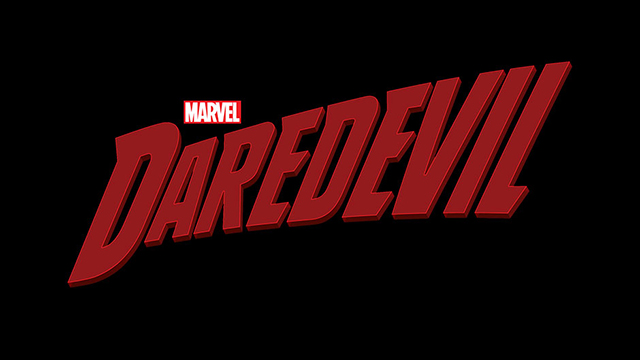 Now I have to say, of all the possible superheroes that Marvel could have chosen to spin into a TV series, I would never have expected Daredevil to be the one that got picked…but that’s probably because he’s one of Marvel’s lesser-known properties (with the possible exception of that terrible movie with Ben Affleck a while back). The show is actually quite notable in that it’s the first of Marvel’s new properties to feature a disabled superhero, in that the titular character does all his crime fighting without the use of his sight.

The backstory established here is pretty close to Batman and all those other gritty genre-dramas: as the son of a hard-living boxer, Matt Murdock is blinded by chemicals as a young boy and forced to adapt to life as a blind man in the middle of New York City. After his father is murdered for refusing to throw a fight, Murdock’s grief and anger toward the criminal element in his city inspires him to train in martial arts and use his unique talents to become a masked vigilante. As Daredevil, Murdock takes on all manner of criminals, from corrupt officials to mobsters and street hooligans, and even Wilson Fisk, leader of a vast underworld organization who plots to take over the Hell’s Kitchen neighborhood and use it for his own ends.

Before I get into my problems with the show, I’d like to state of the record that everything I’m about to say is not a reflection on the actors themselves. In fact, I would venture to say that Daredevil is probably one of the best-acted installments in the Marvel brand yet, with incredibly solid performances by the lead characters, supporting cast, and even the villains. Special credit goes out to Elden Henson as Murdock’s legal partner Foggy Nelson, who provides a solid counterpoint as the grounded everyman to Murdock’s idealism and brooding. For once, here’s a sidekick (of sorts) that doesn’t feel inferior to the main hero, gets just as much screen time, and is actually more likeable in a lot of ways. Doubly so for Deborah Ann Woll as secretary and former client Karen Page: far from being the standard damsel-in-distress, she actively seeks out trouble as she tries to do her own part in exposing corruption and murder in Hell’s Kitchen. Compared to them, it’s often Charlie Cox’s action-packed exploits that seem like the secondary storyline to the more down-to-earth human drama and interplay between the characters and the secrets they keep from each other. 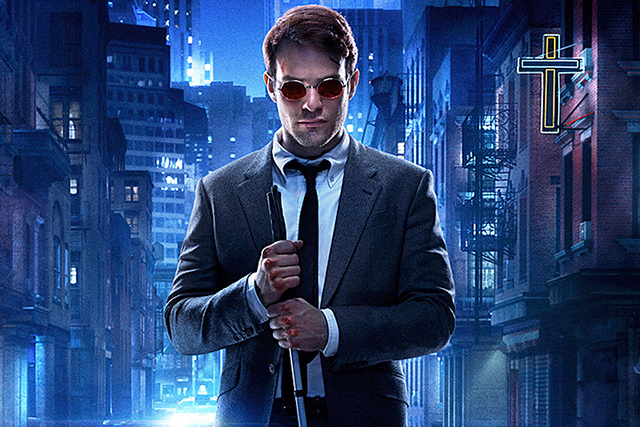 Of course, I’d be remiss if I didn’t also say that Vincent D’Onofrio as Wilson Fisk (a.k.a. “The Kingpin” if you’re a comics fan) creates a villain who is at once understandable and also utterly terrifying. While I do tend to enjoy Marvel movies, I have to admit that the one thing they don’t normally do is flesh out their bad guys and make the viewer actively care about them and their motivations. Granted, there’s not always time to do that in a movie, but I still think they could do a much better job. That said, Daredevil provides a breath of fresh air here by developing Fisk’s character just as much, if not more than, Murdock: we see how despite his being an obvious genius for criminal activities, Fisk is really just a child inside who desperately wants to be loved and make something of himself, throwing murderous temper tantrums when he doesn’t get his way. The time the series spends delving into Fisk’s psychology, as well as how is relationship with gallery worker Vanessa changes him, is really something unprecedented in Marvel’s history.

Also, Bob Gunton (Warden Norton from “The Shawshank Redemption” for any movie buffs) deserves a small shout-out for the relatively minor role of wisecracking criminal accountant Leland Owlsley. But despite my high hopes from when he first appeared, the writers saw fit to kill him off at the end of the season. It’s disappointing, but I guess we won’t be seeing Daredevil take on The Owl anytime soon.

While all this is true, I still have a number of problems with Daredevil. For one thing, are we sure that this is really in the Marvel universe? Granted, the fact that it’s a Netflix show lets the producers get into all kinds of nasty, violent battle scenes that the family-friendly Marvel films really couldn’t show, and I don’t have a problem with that in principle. But the fact is that this just doesn’t feel like a Marvel show. Where’s the sense of humor and heart that has really defined the Marvel universe up until this point? It seems the writers were just so preoccupied with going somewhere they hadn’t been before and exploring new territory that they forgot where they came from. As it is, Daredevil feels more like a skeleton outline of a Marvel show than an actual entertainment piece. Frankly, I’m sort of surprised a guy like Stan Lee signed off on a show like this.

The show also lacks any tangible connection to the rest of Marvel’s franchises, which further confuses the picture. Sure, the characters drop a few references here and there about the devastation of the Avengers’ battle in New York or the existence of superhumans, but that’s hardly a strong link. If only we could see these things they were talking about, then it might seem more real. And finally, despite the novelty of having a blind superhero–which is admittedly very cool–it just doesn’t feel like Daredevil did anything new to separate itself from the likes of Arrow and similarly dark superhero dramas. Honestly, if you’ve seen one fight between Murdock and some hapless criminals, you’ve seen them all.

I’m not disputing that Daredevil is solid entertainment, or that it has a darker tone than most other Marvel properties up until now: that’s not the issue here. My main problem is not that the show is breaking away from the pack, it’s that 1) it didn’t do enough to distinguish itself from other shows and 2) it just didn’t jive at all with what we’ve come to expect from Marvel up to this point, which was quite distracting. I don’t have a problem with Marvel trying to explore new possibilities; I just think that they could have made a stronger effort than this. But who knows? Maybe season two will get better. We might even get really lucky and have Bullseye or The Punisher come along to give Daredevil some more things to do.