Welcome back to Channel Chaser! Most TV shows out there are, as well all know very well, works of fiction. But what happens when fictional worlds develop fictions of their own? It actually happens a lot more than you’d think.

There are a lot of ways that a fictional show, no matter how far separated it may be from real life, can ground itself enough to remain relatable to its audience. And what better way to do that than with a TV show within a TV show? By that I mean a show that characters within a certain show are seen repeatedly watching or referencing. This kind of thing is particularly effective because, as we know, real people watch TV as well: in fact, you’re doing it right now!

Below are just a few examples of what I mean, conveniently listed in the order of my amusement, and possibly the order with which I feel like they made a significant contribution to the larger show and fictional world that they were a part of. 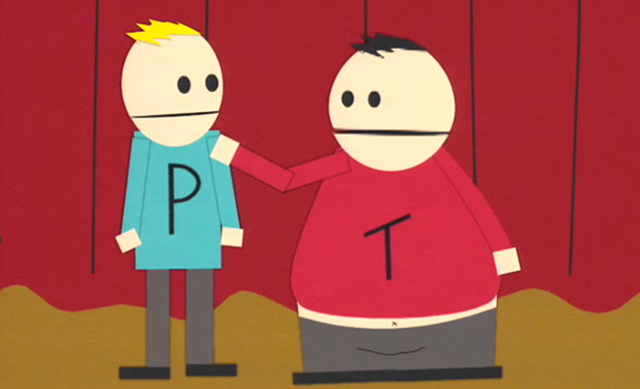 The flatulent, foul-mouthed, puppet-like Canadians have been a fixture of the raunchy cartoon sitcom South Park since the very beginning, even serving as the primary motivator for the plot of several episodes, as well as the show’s only movie so far. Terrance and Phillip even had entire episodes devoted to them, and as with many of these listed fictional shows, the characters themselves often crossed over into the lives of the also fictional residents of South Park (see “Behind the Blow” and “The South Park Movie”). They’ve even had full episodes devoted to them (see “Royal Pudding” and “Not Without My Anus”).

While the humor is crude and not really all that funny (besides the obvious parody of the two being Canadians), Terrance and Phillip are a metaphor for the entirely of South Park in that it’s a children’s world turned on its head and gone terribly – although humorously – wrong. The clearly adult content of the program is probably where the kids of South Park get their own dirty minds and language. A subtle commentary on the pervasive influence of media, perhaps? Then again, maybe I’m just overthinking the fart jokes.

This is one that if you weren’t watching really carefully, you probably missed, and I honestly wouldn’t blame you for it. “Expose`” was literally the focus of one whole episode – probably the one fans of the show cared about least out of six seasons, and believe me, that’s saying a lot. The episode of the same name tried and failed to introduce fellow crash survivors Nikki and Paolo to the main cast, only to kill them off at the end of the episode. Oh, if you’re wondering how the show ties into that at all, it’s just that Nikki was a star on the show before being marooned on the island.

Despite the failure of the characters, “Expose`’s” influence lived on in Lost, every once in a while making the subtle appearance behind the scenes or off the camera that just screamed the producers saying, “Yeah, we know you didn’t like it, but we’re keeping it anyway. In your face!” Hurley even testified on several occasions that it was one of his favorite shows. It really had nothing to do with the plot of Lost whatsoever, but “Expose`” definitely wins an award for the most annoyingly pervasive inside joke on the long-running series. 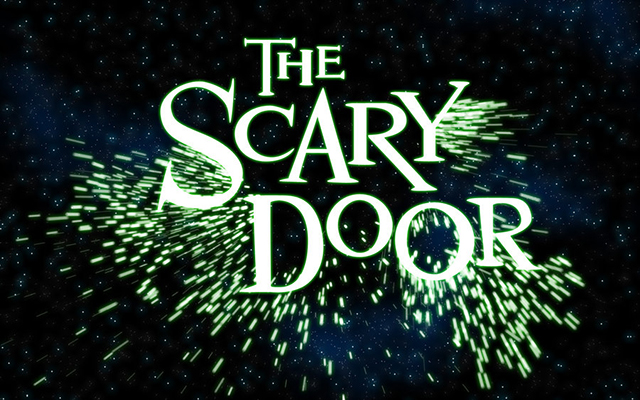 Now this is one that always has me busting a gut. As a huge fan of Rod Serling’s The Twilight Zone, I was naturally very interested to find that among all its other spoofs on the sci-fi genre, Futurama featured a fictional TV show that was a hilarious parody of everything the classic series stood for – as well as some of its more quirky characteristics. Much like its source material, “The Scary Door” was made up of short stories with moral lessons – the catch being that the lessons rarely made any sense whatsoever, and the whole program was structured to be almost deliberately nonsensical and confusing.

The best part is always the narration, however: “The Scary Door’s” introductions expertly skewer Serling’s often over-complicated explanations and contradictory metaphors, as well as his ubiquitous presence on the show itself. You may not know what’s going on, but you can bet it will make you laugh regardless. Just remember that the next time you’re in “the vicinity of an area adjacent to a location…”

Time to get serious again… well, sort of. For non-fans of the cult sci-fi series SG-1, “Wormhole X-Treme” was a cheesy, over-the-top, low-budget fictional TV show that was in many ways a spot-on match to the “real-life” adventures of Stargate Command. And for good reason, too: the producer of the show, while he didn’t remember it at the time, is an alien who’s been through the Stargate himself! The cast members were also quite similar to the main characters of the SGC, although with their character traits played up to the max and deliberately corny dialogue.

This one has a special place in my heart as well because “Wormhole X-Treme’s” impact isn’t limited to one episode: its existence is frequently used throughout the series as the Air Force’s cover story for leaks about the SGC, and it featured prominently in SG-1’s landmark 200th episode as a major plot device (the gang had to stay on base and help its producer come up with a movie script). It’s a perfect piece of comic relief for a show that, come to think of it, actually didn’t have a short supply of that kind of thing to begin with.

“The Muppet Show” (The Muppets) 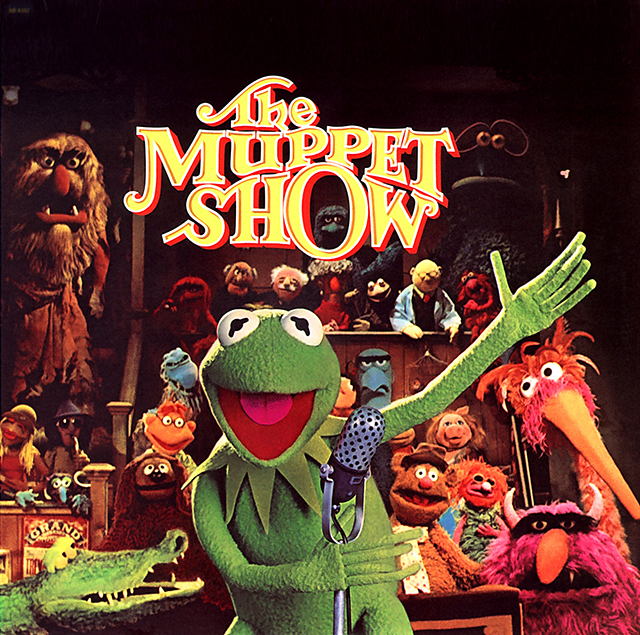 Of course, no list of this kind would be complete without mentioning the world-famous Muppets. The various television programs featuring the puppet creatures over the past few decades have always centered on the production of the fictional “Muppet Show”, a variety program featuring all the characters at their wacky and wonderful finest. For me, the highlight of the show was always Kermit the Frog playing guitar and singing one of his iconic songs.

The Muppets made the top of my list because, in a sense, the “Show” pretty much is the show. You probably wouldn’t be able to tell at all except for some added humor here and there where the bits of the different characters infringe on the others. But nevertheless, this fictional program-within-a-program just goes to show that it may not be easy being green – but the Muppets sure make it look like it is.