No Game No Life has pulled in its fair share of attention this season, and not without good reason. The series has plenty of appealing qualities, and feels as though it’s been expertly crafted to appeal to anime fans. The rich color palette offers a visual break from shows with more typical art styles, and the “gamers save the day” premise is a guaranteed hit in its target demographic. Add in some self-aware humor and plenty of creative world building, and the series’ popularity seems all but inevitable. For all the thought that went into making it a hit, it’s refreshing that the creators have also been taking the time to throw in some thoughtful social commentary. 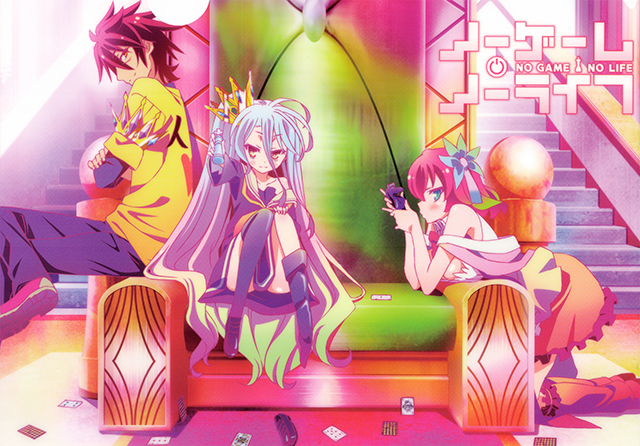 I want a fancy crown armband to wear while lording my racing game skills over my friends, because I’m a jerk like that.

Much of No Game No Life’s clever observations are presented through the central protagonists, Sora and Shiro. They’re not the first NEET/hikikomori characters to take the lead in an anime series, but their actions touch on a point that other shows miss entirely. Rather than defining them, the Blank siblings’ awkward eccentricity is shown as being a side effect of their genius-level intellect. Shiro in particular helps make a fascinating observation: being really, truly smarter than everyone else can be extremely isolating. The small amount of information we get about Shiro’s backstory (and Sora’s to a lesser extent) shows the difficulty of functioning in a society where most people’s minds work differently from one’s own. While most shut-in characters never get a satisfying explanation for their behavior, No Game No Life has done the heavy lifting necessary to justify its heroes’ mental states. The result is some solid human drama amidst the otaku humor and oversized, magical chessboards.

With the protagonists believably out of place in modern society, the series quickly spirits them away into what seems like paradise. A pair of brilliant, skilled gamers in a world where games are used to resolve all conflicts should be on the easy track to success. It’s a fantasy that appeals to the geek in all of us: all the time we’ve “wasted” on our hobbies suddenly turns out to be the ideal training for saving or ruling the world. Of course, there’s always trouble in paradise. But rather than stick to tired old “catches” like defeat meaning death (hello there, Sword Art Online), No Game No Life uses its world’s fatal flaw as an opportunity to further examine human nature. 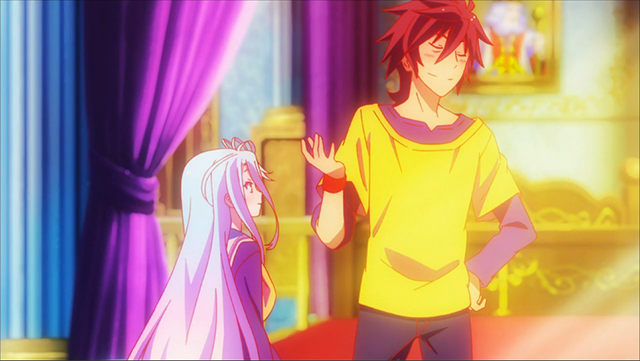 Bonus points for having an anime sibling dynamic that isn’t particularly creepy or pandering.

Cheating is supposedly forbidden in No Game No Life’s universe, or is at least ground for an instant loss in any contest. It seems like a common sense regulation, the kind we’d take for granted in any competitive field. However, much like in real life, there are always unscrupulous types who are willing to anything to guarantee victory. In the case of No Game No Life, we have supernatural beings that use their magical powers to cheat against human opponents. After all, your opponent can’t call you out for breaking the rules if they don’t understand what you’re doing. The obvious effect on the series itself is that Sora and Shiro have to adopt unconventional strategies to beat their magic-wielding opponents. What’s more subtle is the commentary on human nature: utopias only work until someone finds a loophole, and people with an unfair advantage have no interest in giving it up in the name of fairness.

No Game No Life didn’t need to make any of these observations in order to be a good show. “Quirky heroes taking on magic-wielding opponents in absurd variations on normal games” is an entertaining premise on its own merit. If all No Game No Life had going for it were Sora’s impassioned speeches to his sentient chess pieces in episode four, I’d still like it. However, these small nuggets of commentary give the series a reason to tell its stories beyond just amusing the audience. Every anime season is chock full of shows that don’t have much to say beyond, “Watch the next episode and buy some merchandise!” In that environment, a series like No Game No Life is more than just fun; it’s a breath of fresh air.

The manga version of No Game No Life comes out this October. You can pre-order if from Right Stuf here.