It’s been an interesting few weeks at the movies for anime fans. Hollywood has taken a shot at making not one, but two big-budget films based on Japanese properties. Godzilla aimed to bring the classic kaiju franchise back on the wave of Pacific Rim’s success, while Edge of Tomorrow adapted the sci-fi novel All You Need is Kill. While our domestic efforts at telling imported stories have certainly been hit or miss over the years, these most recent efforts were refreshingly solid in their execution. That’s welcome news, but this is Kawaii Overthink. Time to nitpick and scrutinize! 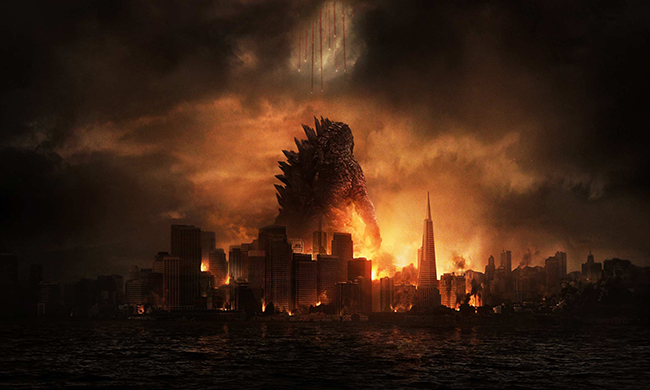 Yes, this technically has nothing to do with anime. No, I don’t care. READ AND SUFFER, AUDIENCE!

Let’s start off with everyone’s favorite giant radioactive monster. Much as we might wish otherwise, I’m sure many folks can still recall the last time an American studio tried to make a Godzilla movie. Even as a kid, I remember thinking it was pretty dumb, although some of the fast food toys are probably still stored away in a dark corner of my parents’ basement. Thankfully, 2014’s Godzilla is several orders of magnitude better than its 1998 counterpart. The writing is better, the acting is better, the effects are better, and Godzilla actually looks like Godzilla.

The new film chooses to emulate the serious approach of the black-and-white original, focusing on the terror of giant unstoppable monsters instead of being a boxing match between two guys in rubber suits. It captures this darker tone well, and some of the cinematography is downright excellent. The parachuting sequence shown off in many of the trailers looked fantastic on the big screen. Godzilla also might be the first giant monster film to make me believe that the characters were actually in a city that was in the process of being demolished by Big G and friends. 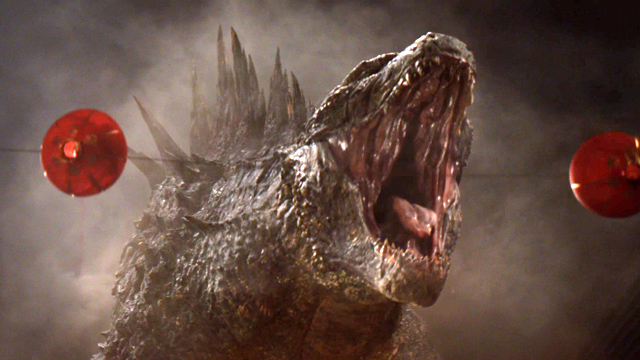 All movies in this franchise are more fun if you add your own dialogue for Godzilla.

For all it does to nail the feeling of apocalyptic helplessness, it was disappointing that Godzilla didn’t have more to say. The original film is famous as a commentary on the dangers of splitting atoms, but I wasn’t sure what point, if any, the new one wanted to make. Some lines are thrown around about humans being powerless against nature, but that’s hardly the sort of biting critique that I’d want from a serious Godzilla reboot. Perhaps the movie could’ve flexed its intellectual muscles a bit more if it spent less time following the adventures of G.I. Jim (or whatever his name was) and more time with the various scientist characters. I enjoyed Godzilla, but I just wish it had either the brains of the original or the sense of fun that we saw from Pacific Rim. As is, it ends up lost somewhere in between.

Next up is Edge of Tomorrow. For anyone unfamiliar with the source material, the central premise has the main character fighting an alien invasion with a suit of power armor. He’s killed in combat, only to wake up intact a day earlier. This starts a loop of dying and resetting as our hero tries to figure out what’s going on and eventually save the planet. Think of it as a combination of Groundhog Day, Aliens, and Starship Troopers. 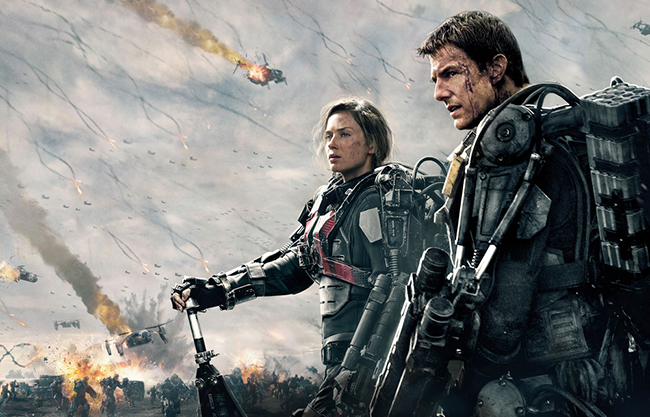 While it borrows a premise and some characters from All You Need is Kill, Edge of Tomorrow more or less goes its own way with the story. It’s an adaptation in the loosest sense of the word, taking an interesting idea and approaching it in a way that appeals more to an American audience. I’ve always felt that this is the best way to make a movie out of a book, and Edge of Tomorrow definitely benefits from being able to take its own approach to the basic concept. It’s a film that manages to combine a coherent plot, exciting action sequences, and a healthy sense of humor. The major characters are likable and engaging, and the hero’s frequent deaths become a surprisingly successful source of grim comedy. The only addition that feels out of place is an obvious nod to World War II and the invasion of Normandy that doesn’t really go anywhere.

Edge of Tomorrow understands something that Godzilla missed: it’s easier to care about the outcome when we’re given reasons to like the people involved. As it throws out a steady sequence of cartoonish deaths and reasonably witty dialogue, the film subtly pushes us into caring about characters that could easily have come across as dull or predictable. Sure, we’ve seen the snarky action hero, tough-as-nails female soldier, and overbearing sergeant before, but Edge of Tomorrow makes them feel fresh and charismatic. We start out laughing as Tom Cruise’s character dies over and over, but we’re cheering for him to survive by the end. For a film about repetition, it’s perhaps fitting that Edge of Tomorrow is worth seeing more than once.

Tom Cruise is the master of the “this won’t end well” facial expression.

From classic Westerns that borrowed the plots of samurai movies to shockingly bad live-action versions of anime series, we’ve seen the good, the bad, and the ugly of Americanized Japanese stories. I’m happy to say that the class of 2014 falls into the first of those three categories. For whatever faults they have, Godzilla and Edge of Tomorrow are both solid efforts. They show that when we actually try, we can turn out some solid adaptations here in the States.