It’s been around half a year since the anime simulcast website Crunchyroll expanded into the realm of digital manga distribution. In that time, the company’s stable of titles has slowly grown to include several dozen titles from a variety of genres. Now that the program has had some time to expand and refine itself, it seems as good a time as any to dive into that catalog and see what’s worth reading. Here, then, are five series that deserve an afternoon (or more) of binge reading.

For the mecha fan: Arpeggio of Blue Steel 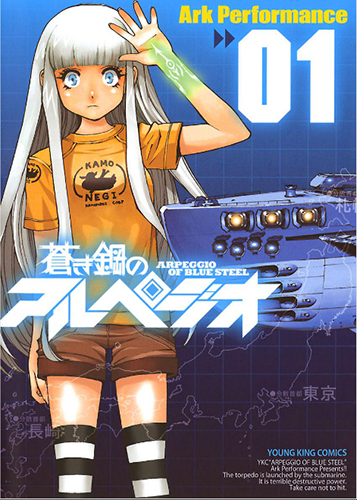 Arpeggio of Blue Steel has everything a sci-fi action series needs to succeed: a post-apocalyptic setting, a colorful group of heroes, impressive battle scenes, and a bunch of sentient AI ladies bent on kicking humanity’s ass. As the source material for the anime series of the same name, Blue Steel follows the same “killer battleship girls” premise, but offers a richer world and more compelling characters. (Seriously, it’s so much better that I wrote an entire article about the differences between the two versions.) If you like your science fiction served with a side of intense naval combat, or if you’re just into the whole KanColle phenomenon, give it a read. Come for the ship girls, stay for the sci-fi.

For the school comedy fan: Yamada-kun and the Seven Witches 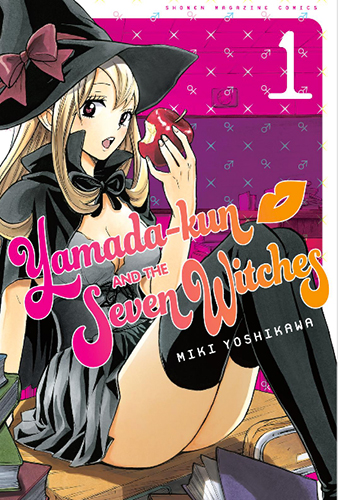 The basic premise of Yamada-kun and the Seven Witches is fairly standard as far as the genre goes. Tough guy meets smart girl, supernatural plot device forces them to work together, they end up falling in love while unraveling the school’s magical secrets with a supporting cast of goofballs. Seven Witches may use plenty of tried-and-true elements, but it uses them well. The jokes are funny, the witch powers are clever, and the occasional bits of drama ring true. While some members of the ever-expanding cast can be a bit irritating, the series does a good job of exploring what would happen if you gave a bunch of awkward teenagers supernatural abilities. Seven Witches also gets bonus points for having all of its hundred-plus chapters up and ready to be read. I’m looking at you, as-yet-untranslated chapters of Arpeggio of Blue Steel. 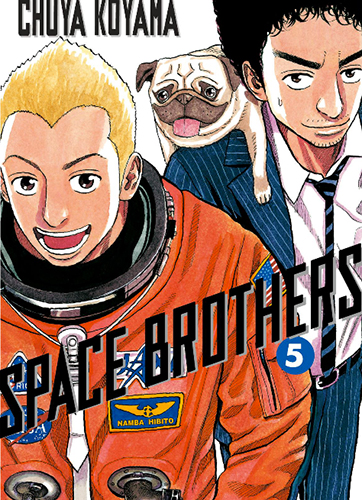 Plucky teenage heroes are fine, but those of us old enough to buy our own beer occasionally yearn for a story with characters closer to our own age. Enter Space Brothers, one of my favorite manga and anime series in recent memory. The ensemble cast of astronauts, engineers, and instructors spans a wide age range, as does the series’ appeal. Plenty of manga creators set their work in space, but few treat it with the same sort of reverence that you see in each chapter of Space Brothers. It brings you into the everyday work that goes into space exploration, simultaneously making it all seem both relatable and extraordinary. I don’t even care that the main character has gone over two hundred chapters without making it off of Earth. Each story Space Brothers has told has been both intellectually stimulating and emotionally powerful. I cannot recommend this series highly enough. Go read it.

For the teenage drama fan: A Silent Voice 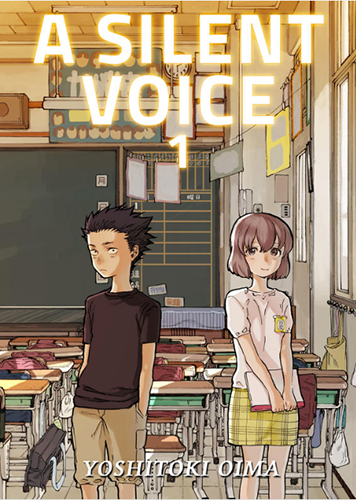 One of Crunchyroll’s newer acquisitions, A Silent Voice is the kind of series that makes no attempt to be restrained or subtle in its presentation. Instead, it walks right up and punches you in the face with its characters’ emotions. The lead character is a high school student faced with the ongoing consequences of some pretty terrible past decisions. We learn how he bullied a deaf classmate in grade school, and how his reputation has left him ostracized by everyone around him. His guilt and desire to atone lead him to track down his former victim, launching a story that hits hard and often on an emotional level. A Silent Voice presents us with some very compelling, very flawed characters and challenges us to follow their journeys of redemption and forgiveness. It’s not always an easy read, but it is perhaps an important one. 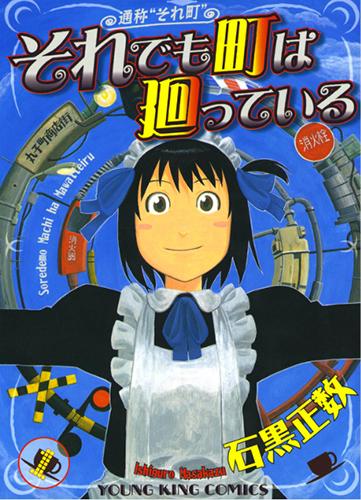 You know it’s an unusual series when the publishers don’t bother to use an English version of the title. Frequently translated as And Yet the Town Moves, this series has stubbornly defied my every attempt at placing it into a single genre. It takes the quirky employees of a sleepy maid café, adds in their friends and acquaintances from around town, and then proceeds to do WHATEVER THE HELL IT WANTS. One chapter will have the heroine visiting the afterlife during a near-death experience, and the next will have her making a late-night trip to a convenience store with her little brother. Slow-paced musings on everyday life mingle freely with stories that wouldn’t be out of place in The Twilight Zone, and somehow it all works. SoreMachi is clever, observant, and completely bonkers. If you’re looking for a change of pace from whatever you’re currently reading, I guarantee it fits the bill.