Welcome back to Channel Chaser! I know it’s kind of late to bring up the holidays at this point, but with my column on hiatus for the past several weeks I really didn’t get a chance to cover them the way I wanted to. Let’s fix that.

A lot of TV shows out there are famous for their treatments of Christmas and other holidays in their episodes, from The Simpsons to Doctor Who, but others chip in as well with their own lesser-known and oftentimes remarkable contributions to the spirit of the season. So without further ado, here are my top picks for the best Christmas television episodes to get you and your family in the holiday mood. Or maybe at least a good mood. 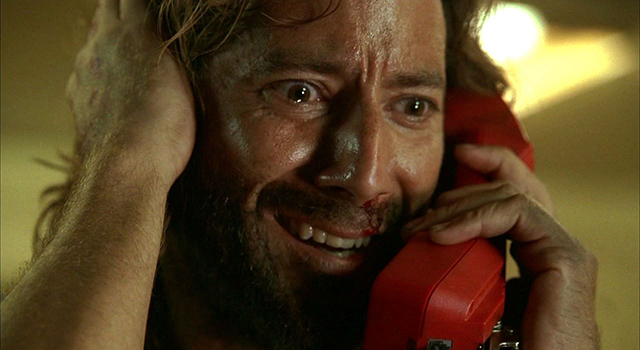 Okay, I’ll admit it: this one is kind of a stretch as far as a “Christmas episode” goes, hence its status outside the actual countdown. The fact that it’s Christmas plays little to no part in the plot of the episode. Despite this, the traditional messages of comfort, joy, family, and love are abundant in this bizarrely touching time-travel story where everyone’s favorite British castaway Desmond Hume must find a link between his past and present before the stress of what’s happening to him literally blows his mind. Spoiler alert: it’s his long-lost love Penny. Not only is it the best Christmas episode of Lost (probably because it’s the only one, really), but it’s also arguably the best episode of the entire series. Just do yourself a favor and watch it with someone you love.

Speaking of time travel, this episode of the animated sci-fi sitcom Futurama is worth a watch just for the absurdity of its premise. Apparently by the year 3000, an attempt to create an actual robotic Santa Claus gone wrong has resulted in Christmas (now called “Xmas”) becoming the most terrifying day of the year. Watch Fry, Leela and company flee through the streets to avoid the wrath of Robot Santa, who has determined that the entire human race is “naughty” and consequently needs to be exterminated. Worth a view if you’re up for a laugh this holiday.

#4: Night of the Meek (The Twilight Zone)

In one of the most sentimental entries in his darkly ironic fantasy series, Rod Serling delivers the tale of the stereotypical drunken, penniless mall Santa that gets thrown for a loop when the man discovers a magical sack that can give anyone the gift they most desire. Of course, there are some problems when cops suspect him of stealing the goods, but by the end of the show old Mr. Corbin’s own secret wish is fulfilled as a sleigh complete with elves whisks him off to the North Pole to become the real-life Santa Claus. It’s sort of a mini-Miracle on 34th Street that’s sure to give the Grinches and doubters in your family some pause.

Of course, no holiday countdown would be complete without the most famous tradition of all…Festivus, the holiday for the rest of us! Jerry, Kramer, and the rest of the gang all become embroiled in the celebration of the fictional holiday, created by George’s father, leading to the predictable misunderstandings and shenanigans that make Seinfeld so funny. A must-see if you take the holidays with a grain of salt: just don’t forget to get the airing of grievances out of the way before you move onto the feats of strength. 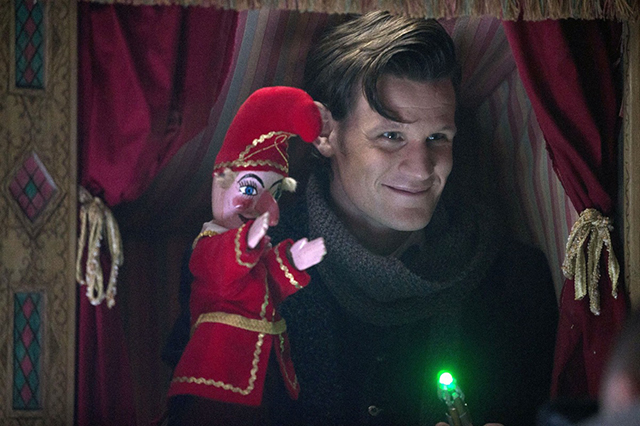 In a show famous of its Christmas specials, the question of which is the best Doctor Who has to offer is largely a matter of opinion. While it has its detractors due to a more-ludicrous-than-usual plot and a somewhat cheesy ending, “The Snowmen” will always hold a place in my heart. The story picks up with Matt Smith’s normally cheerful and happy-go-lucky Eleventh Doctor hiding out in Victorian England, where he has become reclusive, disillusioned, and downright unpleasant following the deaths of his best friends. A chance encounter with a sassy and enigmatic barmaid/governess, however, soon lifts his spirits as he and a group of lovable recurring characters must stop an army of evil snowmen from bringing about eternal winter. Even though there is a bit of tragedy in the finale, expect this installment to make your Christmas a little bit brighter. 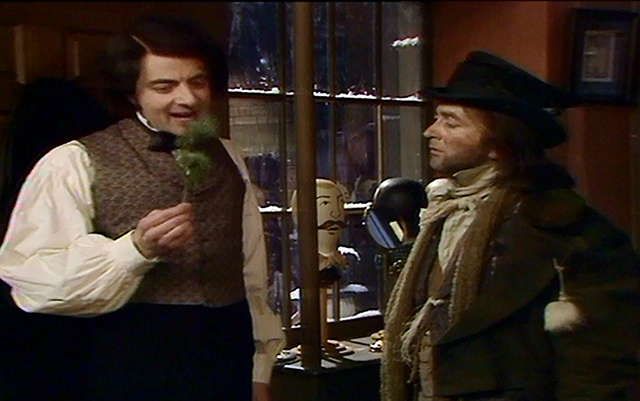 Going in the completely opposite direction, in “Blackadder’s Christmas Carol” British comic Rowan Atkinson once again assumes the delightfully horrible mantle of the cynical and foul-mouthed Blackadder family in this side-splitting holiday romp. The plot twist? In contrast to all his previous incarnations, Ebenezer Blackadder (yes, they’re ripping off Dickens) is known far and wide as the nicest and most generous man in England…a fact that is promptly taken advantage of by everyone he meets. That is, until a Christmas spirit accidentally gives him a glimpse of his cunningly devious ancestors that proves to him that in reality, crime actually does pay and “bad guys have all the fun.”