When it comes to the new generation of game consoles, racing sim fans have had plenty to complain about. Xbox One owners have arguably been in the best shape thanks to Forza 5, but the continued lack of dynamic weather and night racing has been a perennial point of contention. The PS4 crowd has had it even worse, with Driveclub slipping from being a launch title to a better-late-than-never release date of October 2014. The conspicuous absence of a next-gen GranTurismo title certainly hasn’t been a comfort. As for the Wii U, well, I suppose there’s always Mario Kart.

Into this relative dearth of console race sims comes Project CARS, the latest title from Slightly Mad Studios. If the developers can make good on their ambitious promises, CARS stands poised to win over gamers from a variety of platforms when it comes out this November. 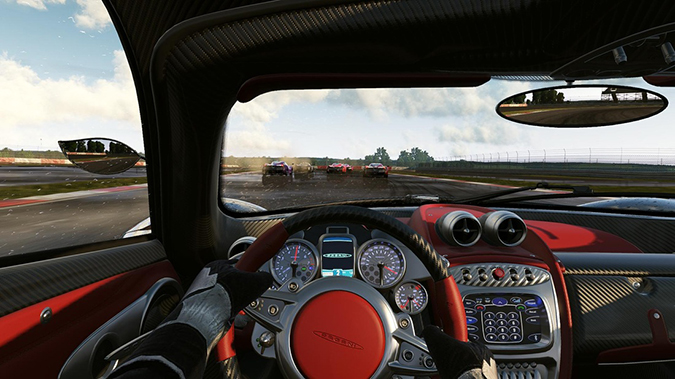 Billed as a hardcore driving simulation, Project CARS starts out on the right foot by avoiding the trap of console exclusivity. By developing for PC, Xbox One, PlayStation 4, Wii U, and even Steam OS, the folks at Slightly Mad have wisely avoided the hardware wars and opened their game up to the broadest possible audience. In addition to being good for gamers, this decision saves CARS from having to beat the “home team” on any given platform. For instance, even if PC gamers hold fast to iRacing, there’s a chance for success if GranTurismo fans can be lured away on the PS4 front. It’s the publishing equivalent of spreading your bets around on a roulette wheel.

Of course, all the savvy business plans in the world can’t sell a bad game. Thankfully, Project CARS appears to be the polar opposite of bad. The graphics are comparable to other A-list titles, and there appears to be a healthy selection of production and racing cars. The big draw for Forza junkies like myself will be the dynamic weather and day/night cycle, which can be fine-tuned by the player in custom races. There also appears to be a welcome emphasis on allowing people to approach the game in their own way, be it through a lengthy career or quick multiplayer matches. Trailers suggest that there will be a mix of established racing circuits and open-road locations, which should provide a nice variety of driving challenges. The final result of these promising elements will remain a mystery until launch day, but the potential for a good race simulation is definitely there.

One somewhat ironic concern I have is that Project CARS will lack, well, project cars. While a multitude of tuning and setup options will be available, Slightly Mad Studios has said that car upgrades will not be a part of the game. One of my favorite things to do in the Forza series has always been taking a mild-mannered road car and turning it into a homicidal track monster through extensive modifications. I understand the desire to focus on balanced competition, but I’ll miss spending hours creating the hatchback from hell.

By launching into a console market that has yet to see a fully realized current-gen racing game, Project CARS has given itself a chance to shake things up in a good way. At best, it will give gearheads on a variety of platforms a new franchise to enjoy. Even if it’s not successful, though, CARS should have a positive effect on the genre by encouraging the big names to up the ante on their own titles. Personally, I’m just looking forward to finally being able to play in the rain.