With the this year’s IndyCar season coming down to a battle between veteran drivers Helio Castroneves and Scott Dixon, now is perhaps as good a time as any to start looking at the potential cast for next year’s title race.  While it’s a given that the sport’s more established drivers (Power, Kanaan, Hunter-Reay, and so on) will be in the hunt, there are a handful of relatively new faces that are worth keeping an eye on. 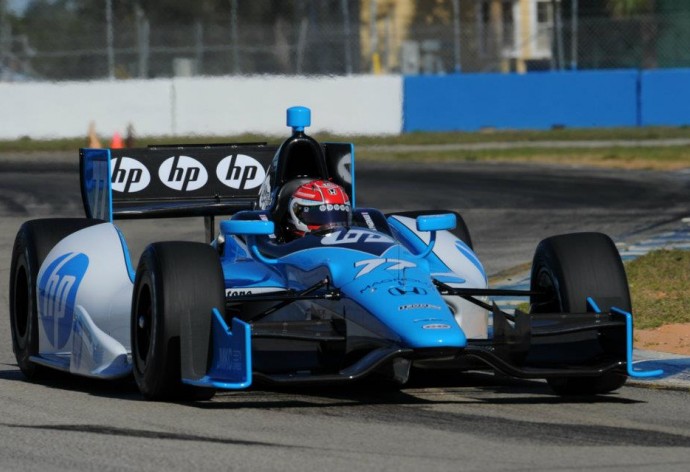 If there’s one IndyCar driver with momentum on his side, it’s Simon Pagenaud.  2012 was his first full season in the sport, and he managed to finish fifth in the standings.  This year has been even more impressive, with two wins on difficult street circuits and regular top-10 finishes propelling him to third place heading into the last race of the season.  While Pagenaud is something of a newcomer in the IndyCar world, he has an extensive background in endurance racing, which has shown itself in the exhausting double-header weekends in Detroit and Houston.  If Pagenaud can keep up this consistent momentum and start breaking into the top five on oval tracks, it’s easy to see him taking the title next year. 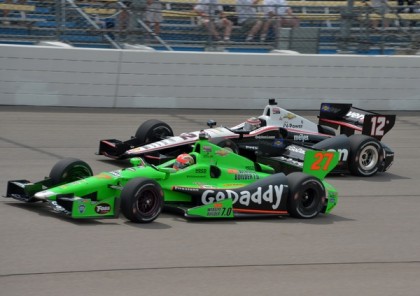 Despite a season of highs and lows, this young Canadian has two very good things going for him.  First, he has an easygoing kind of charisma and on-camera presence that have earned him a great deal of support among IndyCar fans.  Second, he has exhibited both outright speed and racing talent in his three wins this season.  James Hinchcliffe can both execute passes and defend his position on a variety of track layouts, earning good results on high and low speed circuits.  He will need to display that skill on a more regular basis to have a shot at next year’s title, but it’s easier for a fast driver to become consistent than for a consistent driver to go faster. 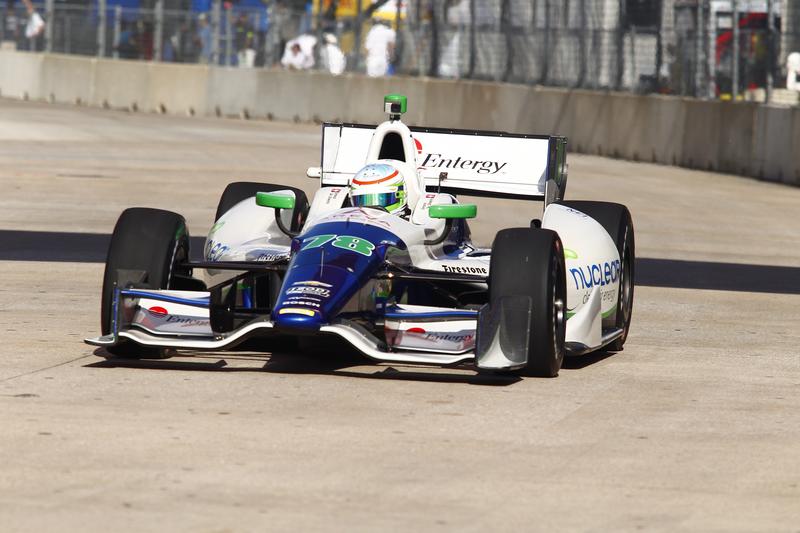 Considering she’s only scored one podium finish in her IndyCar career, one could be forgiven for thinking I’m a bit crazy for endorsing Simona de Silvestro as a future title contender.  I assure you, I’m perfectly sane.  Despite some poor finishes at this year’s mid-season oval tracks, she displayed a great deal of talent in 2013, especially on road and street courses.  De Silvestro has also gained a great deal of momentum in the last third of this season, finishing in the top ten in the last four races.  Improved oval performance and stronger technical support are all she needs to be a regular contender for wins and a potential challenger for the championship.

The current regulations in IndyCar have made competition incredibly close, and next year is likely to be as close a battle as this season.  Perhaps Justin Wilson’s consistency will pay off like it did for Castroneves.  Maybe Charlie Kimball or Josef Newgarden will step up to be the next American champion.  No matter what happens, it will likely be yet another season to remember.