Welcome back to another edition of Channel Chaser! Instead of my normal review of a new show that I haven’t talked about this week, I’ve decided to go back to an old subject that’s just recently gotten its newest season. I’m speaking, of course, about the Netflix-exclusive political drama House of Cards. 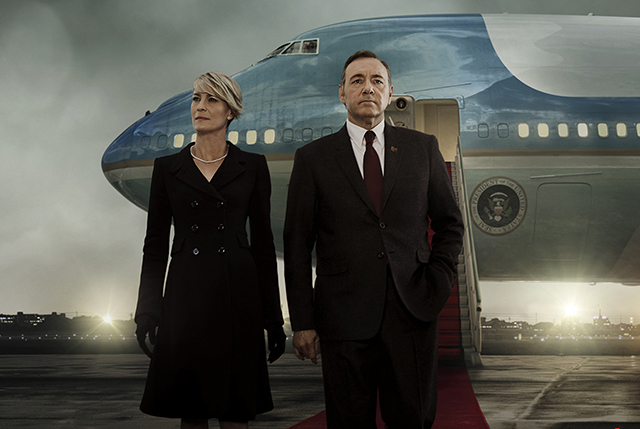 If you’re a fan and you haven’t watched yet, I’ll advise you now that many spoilers lie within. That would also beg the question of, seeing how hyped this whole thing was, where exactly you’ve been for the past month or so.

Anyway, as you may recall from the last time I did a review of House of Cards (only the first two seasons were around at that point), I had a few criticisms about the storyline and the technical aspects of the show, but all in all I thought it was a pretty solid show that really does a great job of drawing viewers into the lives of its characters, just like its kindred spirit Game of Thrones. But as pleased as I was with the first two seasons, I have to say that unfortunately, season three is a bit of a letdown by comparison.

While it’s obviously a given that ambitious U.S. Senator and now President Frank Underwood isn’t the greatest guy ever – and that’s probably the understatement of the century – it’s true that since the very beginning, he’s been the underdog of the story. Not in the traditional sense of the haves versus the have-nots, because Frank and his wife Claire are shown to be pretty well off. It’s more the fact that Frank was passed over in the pilot by the Democratic Party establishment and is somehow inexplicably underestimated by every single person he meets, to their eventual doom. As soon as you or any of the other characters think they’ve figured him out, or how far he’ll go to get what he wants, he’ll turn around and surprise you again by either showing unexpected restraint or the cold-blooded, ruthless pragmatism that we’ve all come to expect from our favorite villainous protagonist.

So I have to say that I started to get worried as of the end of season two. The whole goal of the show up until this point is to show Frank’s path to the top – to becoming the President, the most powerful person in the country. But then, now what? Where does the show go from here, plot-wise? And if Frank is no longer the underdog fighting to get what he thinks he deserves, will his morally questionable character still be able to capture my attention, and possibly sometimes my – if not sympathy – understanding?

The answer, sadly, is no. From a story standpoint, the season was a bore from beginning to end. There were a few interesting parts on the campaign trail, including when Frank’s presidential rival Heather Dunbar decides to get her hands dirty with Claire’s diary, but other than that, I really wasn’t feeling the urgency. I mean, Frank made it. He’s president now. So who cares? I’m almost hoping that he’ll lose the election in the next season so that the show has somewhere to go again. As it was, the introduction of the Russians, including the creepy Putin-esque Petrov, was pretty mediocre and I just wasn’t really feeling it. While the Russians did play games with Claire’s head plenty, I was never caught thinking that Petrov was an adequate adversary for Frank, even when he apparently had him over a barrel in Moscow. The character just wasn’t charismatic or interesting enough to grab my attention. 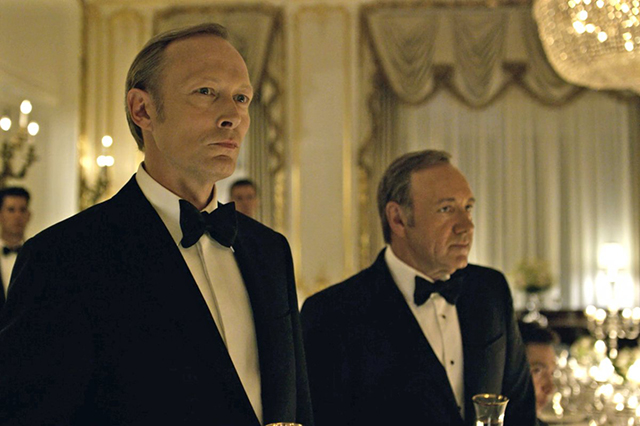 Also, sorry if I didn’t fall out of my chair at the end of the season when Claire announces that she’s leaving Frank. That’s probably because I’ve been waiting for it for, oh, three seasons now. You had to know that eventually they’d split after everything that’s happened. Claire already almost did it once with her photographer friend Adam Galloway… speaking of which, whatever happened to him? I guess no one really cares. I can’t say that I do, either.

It’s also easy to notice how Frank’s monologues to the camera – Kevin Spacey’s creative signature for the show so far – have been dialed down a lot in this season. They’ve gone from long musings on the meaning of life and the circumstances surrounding him to simple, sentence-long, snarky observations. While I did criticize the overuse of this technique in the previous review, now that it’s so diminished I actually find myself missing it a bit. While a bit cheesy, it certainly provides some much-needed insight and context for Frank’s actions. I suppose in the end it’s just a matter of personal taste.

But I’ve complained enough for one article. On the flip side of things, it was nice to see some of the more minor characters getting the attention that they’ve been lacking in past seasons. Specifically, I’d like to single out Doug Stamper, Frank’s traditionally stoic and stony-faced henchman, whose recovery from a near-death beating at the end of last season and reconnection with his estranged family, as well as his quest to redeem himself in his boss’s eyes, make him a much deeper and more interesting person – if not a better person. That’s still sort of in doubt, given that he probably murdered Rachel (finally).

Also, Remy Danton went from being just another corporate/political scumbag to actually being a human being this season through his relationship with uncomfortable family woman Jackie Sharp, who is also developed quite a bit. He even quits politics! Now that’s something I didn’t see coming, although I wonder how long it’s going to take before he gets dragged back into it.

Despite some rather satisfying character development from some of the smaller-time players, the big picture remains pretty unsatisfyingly static over the course of the third season of House of Cards: only now, there’s no race to the top to justify the fact that Frank and Claire are truly terrible people. The show also lost a lot of its drive and urgency now that the two of them are living it large in the White House – well, at least Frank is, anyway. And who knows for how much longer? I just hope the next season, whenever it decides to become a thing, can recover the intriguing drama and magnetic personalities of the previous two years–something I think was lost over the course of this one.