I finally got around to watching Gravity last weekend.  It was quite a good movie, but I couldn’t help comparing it to the long-running anime series Space Brothers.  While one is a 90-minute movie and the other is a television show closing in on 100 episodes, I thought it’d be interesting to compare how the two works deal with the topic of surviving in space.  For those who haven’t seen the film or aren’t caught up on the show, be warned: here there be spoilers.

In the interest of keeping things relevant, I’ll focus on the series of episodes in Space Brothers that follow Hibito and Damian while they’re stranded on the moon.  Like Gravity, this plot arc finds a pair of astronauts struggling to survive after a mission goes horribly wrong.  In both cases, the characters are unable to communicate with any kind of mission control center, and have to deal with the immediate problem of a limited air supply. 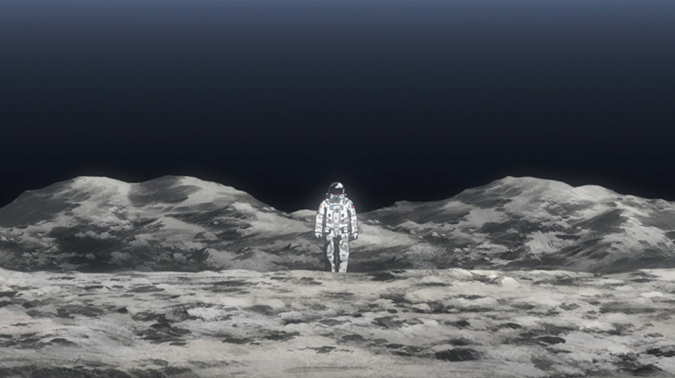 Hello? Anyone out there? Can you hear me NOW?

One of the more obvious differences between Gravity and Space Brothers is while the former is focused entirely on the astronauts in danger, while the latter also follows the people back on Earth trying to find a way to help them.  Part of this is because of differences in the amount of running time they have to work with, but it also comes down to what they’re trying to convey.

A main theme of Gravity is the isolation that one feels in the vacuum of space, and how that feeling can so quickly shift from peaceful to terrifying.  By focusing entirely on Bullock and Clooney’s characters, the film shows how very alone an astronaut can be while working in orbit.  Had the director broken away from this storyline to show people at NASA trying to send up some kind of rescue mission, it would have taken away from the movie’s effectiveness. 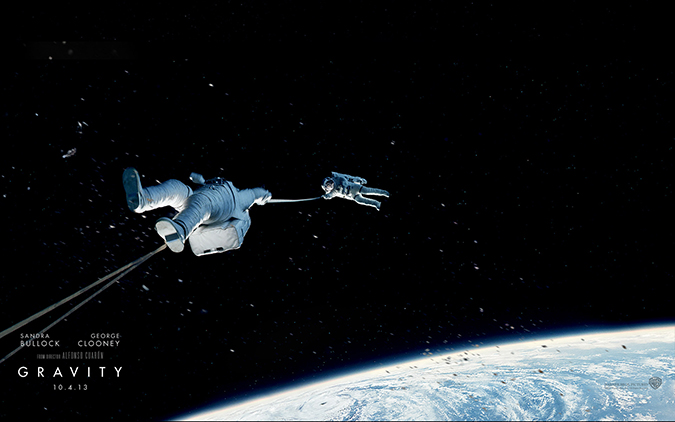 Space Brothers, on the other hand, has always been about showing all the aspects of a functioning space program.  It’s devoted entire story arcs to studying characters who work as engineers, flight instructors, and other support staff.  Given this running theme of teamwork and a much larger cast, it’s natural for the show to show the efforts of people on the ground to help out the stranded astronauts.

There’s also an interesting difference in how the two works present the viewer with the consequences of being stranded in space.  Gravity kills off one of its main characters in order to show the immediate danger of the situation, a decision that fits well with its narrow focus on the event itself.  Space Brothers brings everyone home alive, but later reveals that one character has developed a panic disorder that prevents him from so much as walking in a spacesuit.  This long-term effect, which the show is still dealing with, shows how a traumatic experience is not always over once the characters are out of danger.  As a weekly series, Space Brothers has the luxury of taking this much more subtle approach.

For all these differences, both works do a fine job of making smart, resourceful characters confront the imminent possibility of death and overcome the challenges set before them.  Sure, Space Brothers has some issues with slow pacing and Gravity had some moments of questionable physics, but both are worth watching if you’ve got an interest in space travel or survival stories.  They show that it doesn’t take giant robots or laser cannons to make a compelling story set beyond the confines of our little blue planet.