As with any other hobby or interest, being an anime fan eventually leads to the desire to share the things we love with our friends.  We can’t help but want to talk about our favorite shows with our favorite people.  The trouble is, there are so many barriers to entry when it comes to much of the anime world: different language, different culture, different visual style, and on it goes.  Getting your friends hooked on anime can sometimes be a tall order.  The purpose of this series of articles will be to cover all the necessary steps for making a new anime fan: finding the perfect show, getting your friend to watch it, and turning an experience into a hobby. 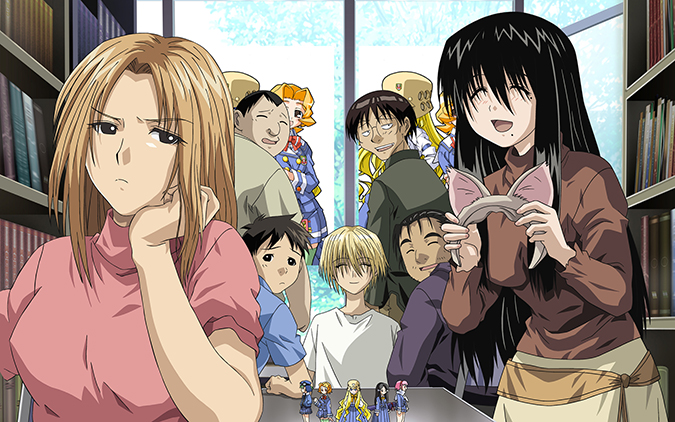 A vital first step that tends to be forgotten by many eager anime evangelists is the selection of a good introductory movie or series.  Our natural instinct as fans is to start with our favorites, or perhaps the works we feel represent the best of what the medium has to offer.  You’ll want to fight this instinct as if it were a hungry titan invading the walled city of your brain.  The Evangelion films may be awesome, but they’re also damn near impossible for a newcomer to understand on their first viewing.  Sure, Madoka Magica is a great deconstruction of the magical girl genre, but it only truly works if you know the shows it’s critiquing.  There’s a lot of great anime out there, but not all of it makes for a good first experience.  Thankfully, there are a few easily identified qualities to look for when choosing a starter show.

First of all, look for something with a low time commitment.  I love Space Brothers, but it currently consists of 99 episodes.  It’s tough to get someone to agree to give up dozens of hours to humor your interests.  Movies are a great option in this regard, since they’re meant to be watched in one sitting.   A good 5- or 6-episode OVA series is also a relatively easy sell.  If all else fails, look for a series that’s mostly composed of standalone episodes, like Space Dandy or Mushi-shi.  Not having to sign on for a full season will make anime an easier sell.

Next, find something accessible.  By this, I mean you should avoid picking something that you’ll have to pause every thirty seconds in order to explain a cultural reference or visual metaphor.  Anything steeped in decades of self-referential anime culture is probably a poor choice.  Also, and some of you are going to hate me for saying this, English dubs are your friends.  Subtitles can be an annoying hurdle for first-time viewers, and they distract the eye from all the beautiful, stylish animation that you’re trying to show off.  An easily understood story and a good dub make it easier for newcomers to get immersed in a series, which is exactly what you want. 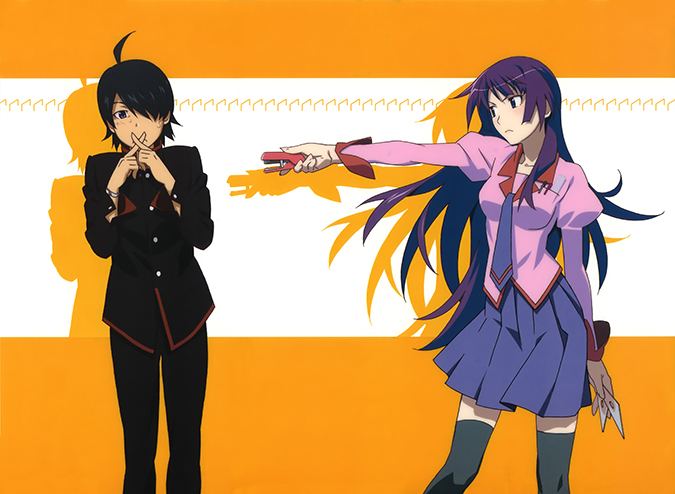 Once you’ve cleared out all the scary, complicated stuff, the last step is to make a selection based on your friend’s tastes.  As the saying goes, give the people what they want.  Think about all the movies and TV shows that the person in question enjoys, and try to find something from the world of anime that matches those genres and styles.  If your friend loves action movies, find something where things blow up spectacularly.  Turn to the world of spaceships and giant robots for the sci-fi fan, and find a good love story for the rom-com enthusiast.  Chances are you know your friend pretty well, so use that to find something they’ll really enjoy.  If you’re stumped, here are a few universally solid choices.

They call them “classics” for a reason.  Bebop offers a combination of compelling characters, excellent writing, and visuals that stand the test of time.  Throw in a great dub, self-contained episodes, and an iconic opening theme and you’re all set.

There are plenty of good, accessible anime movies out there, but this universally appealing film is one of my favorite fan-makers in recent memory.  It looks absolutely beautiful, and offers a surprisingly smart take on the subject of family.  Wolf Children will make even the most stoic viewers cry buckets, but it earns those tears the hard way through believable character development.

This deceptively clever action series makes a strong, explosive first impression.  Any fan of classic Hollywood explosion-fests will be hooked by the end of the second episode.  As a bonus, its strong female cast puts most macho American films to shame.  I’ve never shown Black Lagoon to a girl who didn’t enjoy it.

Just about any sports series

We all have that one friend who dedicates his or her life to playoff brackets and fantasy leagues.  Conveniently, anime has a weird habit of making shows about American sports.  Find the best series about your friend’s favorite sport and watch the magic happen.

Now that you’ve short-circuited your brain trying to make the ideal selection, it’s time to move on to the hard part.  The next step is getting your friend to sit down and watch the darn thing, which we’ll cover in the next part of this series.

You can read Part 2 here.