To say that Pokémon X & Y was a highly anticipated game is probably an understatement. Pair that with the fact that it pushed most of the people I know to spend a couple hundred bucks on a 3DS and expectations were pretty high. Oh yeah, and let’s not forgot they added a whole new type of Pokémon with the Eevee evolution Sylveon to exhibit it. So, let’s get into Pokémon X & Y.

Like all Pokémon games, X & Y begins when some professor says go study Pokémon. Of course your mom is cool with it so off you go to explore Kalos with 4 of your new friends. Kalos, the new region in the game, is based on France as is evidenced by Lumiose City: which has an Eiffel Tower, a snobby boutique and more cafes than I have ever seen. While on your travels you meet the nefarious Team Flare. However unlike some of the previous teams in other Pokémon games, Team Flare is legitimately terrifying. Without giving any spoilers their methods include kidnapping and Pokémon torture. 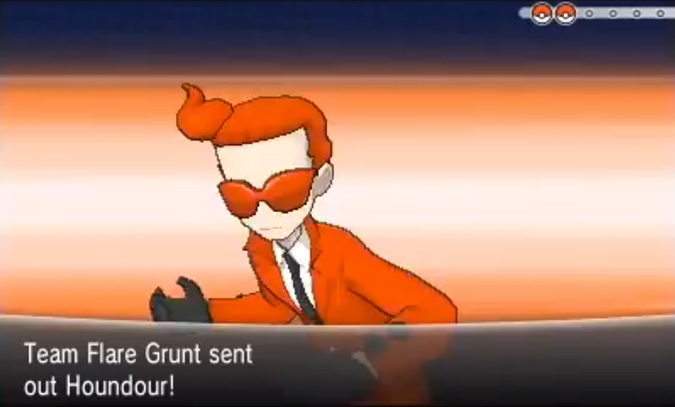 While fighting Team Flare you are also on a mission from Professor Sycamore to study a new concept known as Mega Evolution. Mega Evolution is just one of the new features Pokémon X & Y brought to the table. When some Pokémon hold a stone, they have the ability to become even more awesome in battle. Absol’s Mega Evolution grows wings and Charizard turns black and spouts blue flames. Not all Pokémon can mega evolve and some of these evolutions aren’t so impressive as much as agonizing, but watching your Pokémon mega evolve in battle definitely makes you feel like a badass.

Another big change in X & Y was the animation of the actual Pokémon battles. Now during battle each move has a full animation. My personal favorite is tail whip where the Pokémon essentially twerks at his/her opponent. However, watching Espurr use leer is especially haunting. Grinding is much less tedious when you can actually see the full badassery your Pokémon are capable of. 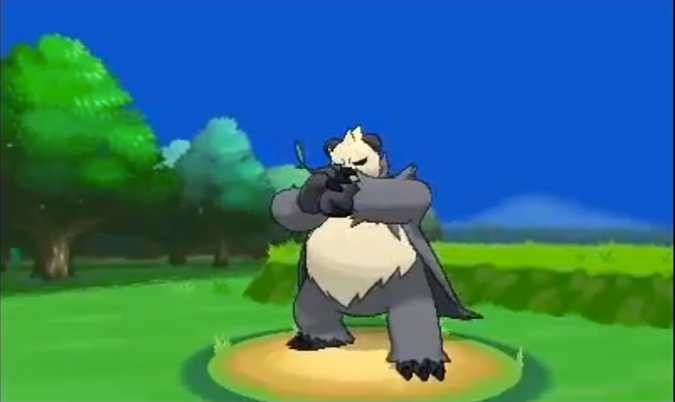 While Pokémon Black and White introduced triple battles and rotation battles, X & Y  introduces horde battles. Unlike rotation and triple battles, horde battles only happen in the wild and not while fighting another trainer. In horde battles one of your Pokémon is pitted against five wild Pokémon, usually of the same breed. These enemies are usually a much lower level than your Pokémon, but that doesn’t necessarily mean these battles are any easier. Only getting to attack one Pokémon at a time while the other four attempt to decimate you can get old fast.

In addition to the in game changes, X & Y added a bunch of new features and mini games that you can play separately from the game itself. Two of these are Pokémon-Amie and Strength Training. Pokémon-Amie is essentially Nintendogs. You can feed your Pokémon treats, pet them and play mini games with them. Each of these things makes your bond with your Pokémon stronger. This is particularly useful for Pokémon who evolve based on attention and love, such as the aforementioned Sylveon. Strength Training allows you to EV train all your Pokémon. By playing mini games with your Pokémon you can boost their Speed, HP, Attack, Special Attack, Defense and Special Defense base stats. It is incredibly useful when trying to build out your team’s cohesion.

The biggest change to the Pokémon universe probably lies in the online component. You can now use street pass to battle passersby on the street or connect to your wireless at home and battle your friends, or virtually anyone all over the world. With the ability to see anyone and everyone online Pokémon X & Y also added a lot of character customization. Most of the towns and cities in Kalos have boutiques selling different clothes and accessories. In Lumiose City you have the ability to change your hair, eye color and make up. To exhibit this customization each trainer is encouraged to film a PR video, which any passersby or friends can view. The online connectivity also paves the way for potential downloadable content or updates for the game. This was extremely useful when there was a bug that did not allow you to save without corrupting the entire game.

After the major disappointment that was Pokémon Black and White 2 this game definitely delivered. There didn’t seem to be any disappointments with the new features and the online component helped to push Pokémon even further into the realm of social gaming. While there were some complaints that the game ran a little short, there was enough to do to stretch out the gameplay and add replay value.