Welcome back to Channel Chaser! One of the things that can really make or break a series in my experience is the clever use of music. Whether it is a simple orchestral soundtrack or an addition of popular music into the story and drama of a TV series, music has lead to some truly magical and touching moments in television history. It also brings the action in a show even more into focus, and can offer some humorous parallels to what is going on in the story. In short, music is pretty important.

Below is a list of what I consider to be the top musical scores in television history, from the simply iconic to the masterfully beautiful. Some are better known than others, but the best of them have soundtracks that are just as essential to the story as the characters, plot, or any other element. 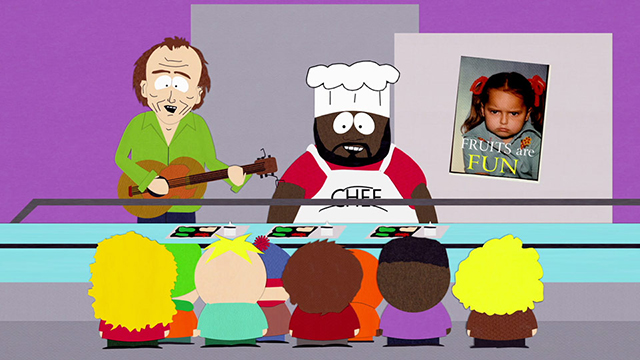 While music isn’t necessarily an integral part of any of these three cartoon shows, I thought it at least deserved a mention due to the musical genius of creators Trey Parker, Matt Stone, and Seth McFarlane, especially in regard to Seth McFarlane. Plenty of memorable, albeit comedic and in some cases just plain vulgar, songs have come out of these shows, from the opening tunes to random episodic musical numbers, including Chef’s uncountable numbers of adult-themed educational tunes. Also, I guess it’s less likely that people will be offended by your show’s raunchy, politically incorrect humor if you put it to some cheerful, catchy music. So there’s that.

Sure, you might not be listening to this on repeat on your iPod or anything, but nobody can deny that music was one of the things that made The Twilight Zone so memorable. I mean, who doesn’t know that creepy steel-guitar opening jingle when they hear it? And while it may not play as important a role as in some other shows on this list, The Twilight Zone’s soundtrack provided an appropriately startling, sinister background for the dark, twisted, and just a bit humorous morality tales the series thrived on. Really listen the next time it’s on, and you might see what I’m talking about.

Ah, BSG. The show to end all sci-fi shows. How we miss you. And, more specifically, how we miss your music. While the show really only had three main tunes and infinite variations thereof, it was just the kind of powerful driving force this drama-laden series needed to drive the message home. First, there were the string serenades and dream-like symphonies that always accompanied the Cylons. The Colonials had their bagpipe-infused anthem that just screamed brotherhood and military pride. And, of course, the battle scene music, full of drums, wood blocks, and percussion that underscored the tense and choppy nature of the silent space dogfights perfectly. Stellar composing work all around. 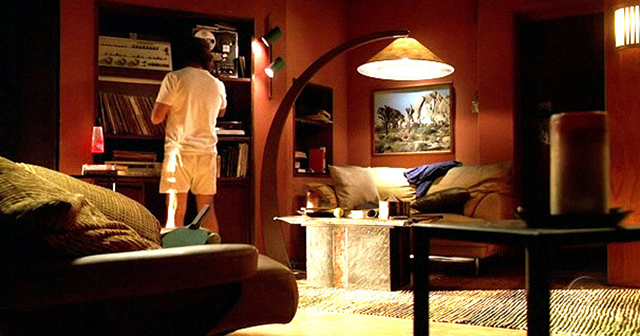 While I can appreciate a homebrewed soundtrack, I also love it when classic and contemporary music is blended into a show to make it work, as shown by the next few shows on this list. Lost is the first, given that its tunes are predominantly voiceless in nature, from discordant, meandering melodies for the dark and scary jungle to the calm, relaxing beach tunes for the rare moments of happiness the crash survivors enjoy. But when the songs do come on, boy do they work. I cite in particular the use of Cass Elliot’s “Make Your Own Kind of Music” in the first scene of season two where Desmond and the Swan station are introduced. If there was ever a character’s theme song, that would be it. 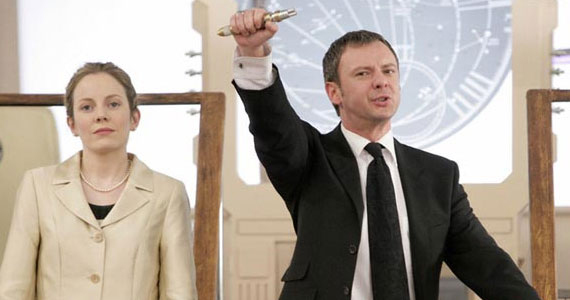 Okay, so I’m kind of going back on my own rule here. Doctor Who rarely ever uses popular music in its repertoire of sound, but it really doesn’t need to that much. The score of the show perfectly captures the madcap, zany adventure and just downright fun and adventurous spirit the show embodies, with tunes that are exciting, urgent, and grand in sound and scale. Also, props to the composers for giving each individual Doctor his own distinct theme, from David Tennant’s sad, somehow nostalgic one to Matt Smith’s whimsical and epic sweeps. And of course, let’s not forget the haunting drumbeat and fading scales that signify the Master’s madness. Plus, a healthy inclusion of the pop-punk “Voodoo Child” that he jams out to as his alien army slaughters the world. That was some scene, all right.

Yes, when it comes right down to it, I’m just a sucker for the classics. It probably won’t come as much of a surprise to anyone, but a show that takes place in the 1970s pretty much had a soundtrack to match, with almost every major artist from the time period being given a song or two at one point or another. Heck, the show is even named after a David Bowie song. There was also, on occasion, some minor incidental orchestra music thrown in, mostly jarring, mysterious pieces meant to illustrate Sam Tyler’s confusion and the bizarre circumstances he finds himself living. But Life on Mars just had a thing for perfectly choosing the right song to capture whatever moment was on the screen, from the sentimental finale courtesy of Elton John to the teasing tones of Simon and Garfunkel for all those awkward near miss encounters. I enjoy it way too much. I guess maybe like Sam Tyler, I was just born in the wrong time.