I’m going to preface this review by admitting something: apart from a decent voice for singing in the shower, I have next to no musical talent. Then, whenever I listen to the many amazing collaborative projects by the people at OverClocked ReMix, I pray to the stars I could somehow be as epic with an instrument as those musicians. This can especially be said about me as I listen to their amazing remix albums, all loving tributes to some of the most timeless video game soundtracks ever produced. Their latest project, a long-awaited tribute to the music of Super Mario 64, came out this week. I gave it a listen, and overall it is, as expected, a finely crafted album that gives a unique spin on the game’s famous soundtrack by composer Koji Kondo. 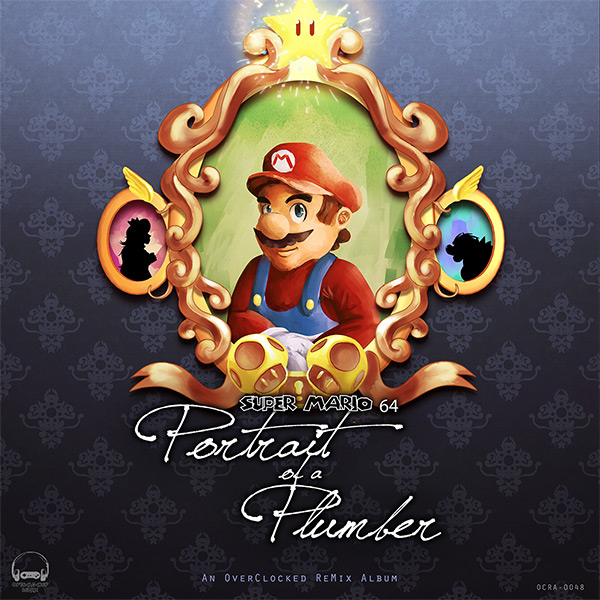 Super Mario 64: Portrait of a Plumber really does freshen up the game’s original soundtrack, in more ways than just updating the MIDI sounds of the 64-bit era source material. I find the original soundtrack of Super Mario 64 to be a bit lacking melodically in some areas, with some stages sporting some great tunes while many other stages recycle or remix the main theme of the game. This album takes many of those variations of the main theme (such as “Snow Mountain” and “Slide”) and makes them sound more their own. There is a much more improvised and Christmas-sounding version of “Snow Mountain” by Jeffery “Electric Concerto” Blaisdell, for example, and even a couple remixes of the regular main theme itself that add an extra level of creativity to the now almost 20-year-old soundtrack.

A particular favorite remix of mine on this album is an urban jazz version of the “Slider” theme by Jordan “Sir Jordanius” Etienne, entitled “Hush Hour.” I’ve been attracted to his jazzy remixes of game tunes ever since his swanky version of Hornet Man’s theme from Mega Man 9 appeared on the site, and this track too fails to disappoint. Rock, piano, and techno are much more common genres to find in the video game remix community, which is unfortunate for someone like me who listens to a lot of Sinatra, Brubeck and Miller. In Super Mario 64: Portrait of a Plumber, Etienne proves once again that the timeless sounds of jazz can be applied to contemporary game music to make some sweet, sweet ear candy. 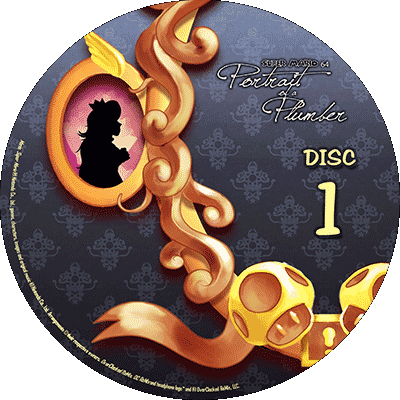 Of course, there are plenty of other tracks on this album that are worthy of note: “Sunken Secrets” is a lovely acoustic and electric guitar arrangement of “Dire, Dire Docks” by Cain “Fishy” McCormack; Justin “Nutritious” Medford broke out an intense dubstep remix of “Koopa’s Road,” and remixer “The Coop” plunked out a ragtime-esque cover of the infamous “Merry-Go-Round” tune. There is also a remix of the “Haunted House” theme that I particularly enjoy; entitled “Boo’s Cues,” this tune by Brian Fratto and Justin Medford took the drawling, moaning notes of the original theme and turned it into something far more dramatic. Their remix of the song sounds like something worthy of inclusion in the Luigi’s Mansion soundtrack.

I do admit that there are a couple songs that did not rub me just the right way. Remixes of video game songs that include lyrics, for example, are often hit-or-miss for me. One remix of the Super Mario 64 main theme has lyrics in Portrait of a Plumber that, to me, detract from the piece. The remix by Brad “prophetik” Burr, entitled “junkie,” starts off as an incredible acapella version of the main theme but then attempts to add humorous lyrics about how addicting both the game and its main theme are. Listening to the song, I found myself trying to appreciate the acapella in the background while attempting to shut out the lyrics. Perhaps one day OC ReMix will release an instrumental version of this piece to satisfy my acapella needs. After all, they did just that for the many remixes with lyrics in the Sonic CD tribute album they released last year. 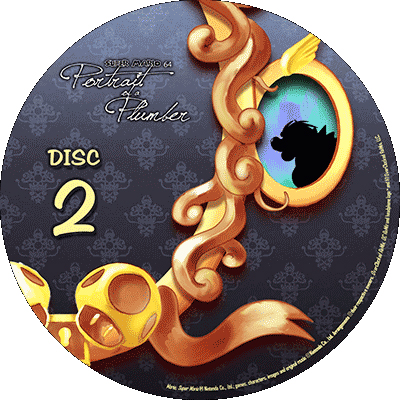 FINAL VERDICT: Super Mario 64: Portrait of a Plumber is another album from OverClocked ReMix that takes its original source material and knocks it right out of the park. Fans of Super Mario 64 will appreciate the fresh spin this album’s many remixers took on the classic game soundtrack. There are many genres covered by the tracks on this album, and it’s likely that not every song will suit your tastes. But it is clear that a lot of heart and soul from the Mario fanbase was put into this album. I guarantee will have at least a handful of songs you will want to add to your iTunes library, especially considering it’s free to download!