By now you may have seen the latest horror-game-of-the-week that made its way around the Let’s Play community, Five Nights at Freddy’s. The premise is simple enough: you are a new security guard working overnight at a Chuck E. Cheese-like pizza restaurant, but at this pizza joint the animatronic characters become sentient after closing. They move slowly toward your office, only standing still when you watch them through the security cameras. If one of those fuzzy robots makes it into your office before 6:00 a.m.… 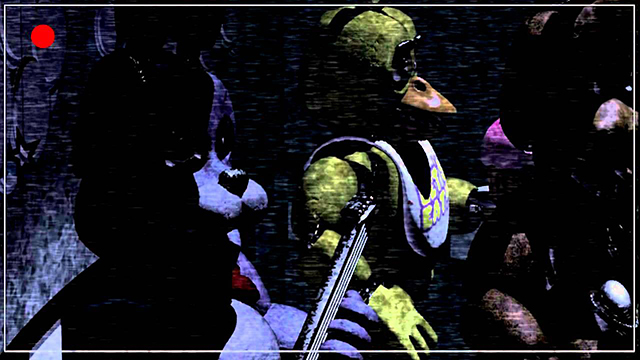 … You get a jump-scare. Ooga-booga.

It is unfortunate seeing what has recently become of the survival-horror genre, something that began with such promise. In just a few years, the brilliant psychological horror we have seen in games like Silent Hill and Amnesia: The Dark Descent have been fading away in favor of these cheaply-made, quick-to-develop survival horror games that only offer a few scary images popping up in your face. Horror games with well-written stories like Resident Evil and BioShock have given way to games where you find pages in a plain-old forest while a faceless guy in a suit chases you, all to saturate YouTube with funny reaction videos.

This, of course, is great for the many independent developers who produce these horror games. It is a similar situation to that which I discussed in my earlier analysis of the similar “simulator game” trend – more views of these survival-horror games on YouTube mean more exposure of the games, and ultimately more revenue for the indie studios that make them.

But will this trend ever get old?

I don’t necessarily mean that indie developers will get tired of producing short horror titles. I ask that question with Let’s Players in mind. PewDiePie and the Game Grumps have been playing so many horror games lately, it’s a wonder to me that they still feel anything when Freddy Fazbear pops up on their computer screen for the umpteenth time. Of course, professional Let’s Players are quite talented at playing it up, if you will, when the situation arises. And even if PewDiePie does eventually become desensitized to the jump-scares thrown at him, there will always be other Let’s Players on YouTube who are ready to take the screams in his place. 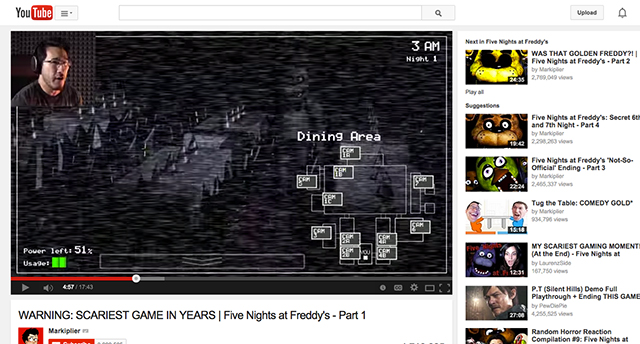 Even if there is a limitless amount of talent available on YouTube to record the most entertaining reactions, there is also the possibility of viewers themselves becoming fatigued with the amount of Let’s Players doing horror gameplay. Could there be a time in the near future when the average YouTube user gets so tired of horror game let’s plays that they shy away from them completely? Though it is important to factor in other variables, such as whether or not a viewer likes the commentary, it could be important to note here that the Game Grumps lost 300,000 views between episodes 1 and 4 of their Five Nights at Freddy’s playthrough.

For the time being, this strategy of indie game studios gaining exposure through easily developed horror games or “quirky” games works. Goat Simulator and Five Nights at Freddy’s are kind of like brothers in that context, each giving their respective studios a good amount of revenue for bigger and better future projects. But if Let’s Players and their fans start to find these two trends too monotonous, things are going to get interesting. I would imagine indie studios will continue to try to create fun or interesting small games to spread their brand throughout the Let’s Play community, but instead of creating something silly or full of jump-scares they will be challenged to create something even more entertaining or captivating on the same small budget. I, for one, would like to see the popular trends change quickly, just to see what these developers can really churn out when they put creativity above following what is currently popular.