Welcome to this week’s edition of Channel Chaser! Continuing from where we left off two weeks ago, I’d like to again pick up the topic of DC Comics and its recent strides in the television business.

With shows like Arrow already in production and more solid-looking series like The Flash, Gotham, and Constantine to come, DC is so far doing a very good job of constructing its own universe on TV, much like Marvel has done with its movies. The fact that characters such as the Green Arrow and the Flash will move in and out of each other’s own small stories to form a bigger picture really intrigues and excites me. It’s not something that TV has been able to do very successfully in the past, but with the quality of the shows already out there, I have hope that that will change with the new installments.

Without further ado, I’d like to dive into a subject of speculation that I find fascinating, but that I’ve never done before in this column. Rather than telling you what I think about shows that are already out there, I’m going to indulge my creative writing urges and put forth some ideas for where I think DC could go with an expanded TV universe.

Just for clarification, none of these ideas, as far as I know, have been considered for production. These are some of the various comic book characters that I think could make compelling subjects for serialized television drama.

As a fan of all things sci-fi and that involve aliens, the Blue Beetle is my personal first choice for a new-wave DC TV series. Since the Beetle is a pretty obscure hero, I’ll give you the cliff-notes version. Texas teen Jaime Reyes becomes an unwitting hero when an extraterrestrial scarab bonds with him and gives him a suit of super-powered alien armor. With this weapon, Reyes takes on all kinds of criminals, from mobsters to monsters from other worlds.

The most intriguing bit of the story, however, is that the scarab itself is a potential bad guy. It was created by a race of conquerors called the Reach to enter other planets by infiltration and eventually turn its host against their own kind. Watching Jaime struggling to stay free of alien influence and stop the darkness inside him from taking over seems to me like a great source of potential conflict. 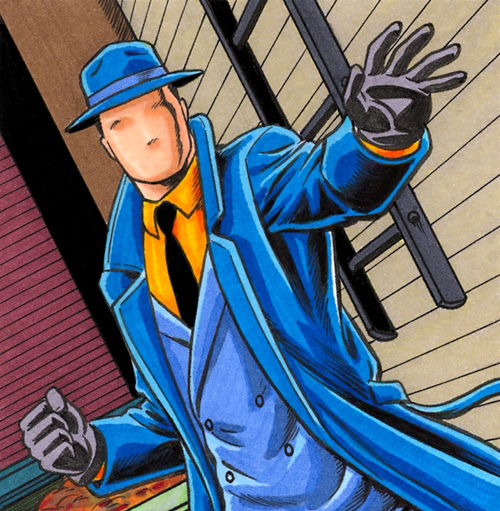 This is another pretty obscure pick, but one that really appeals to me as a journalist by training. Vic Sage, an investigative reporter for a hard-hitting newspaper, is constantly frustrated by the limitations of his professional code of ethics and the fact that despite his best efforts, all the scum of his city seem to get away from justice scot-free. This leads to his donning a mask to hide his face and training in martial arts to become The Question, a vigilante alter-ego that allows Vic to hunt down the powerful and corrupt and get the answers that his civilian self never could.

We already know from years of Batman works that watching honest men, like Gotham’s Jim Gordon, struggling to get by in a vice-ridden city, is an extremely effective emotional tool for a story to use. Personally, I think the moral issues that could be raised in a series about Vic Sage’s moonlighting as a crime-fighter versus his journalistic integrity and personal relationships could be just as compelling. The Question also has never had much screen-time in existing DC media, making him the perfect character to explore further. 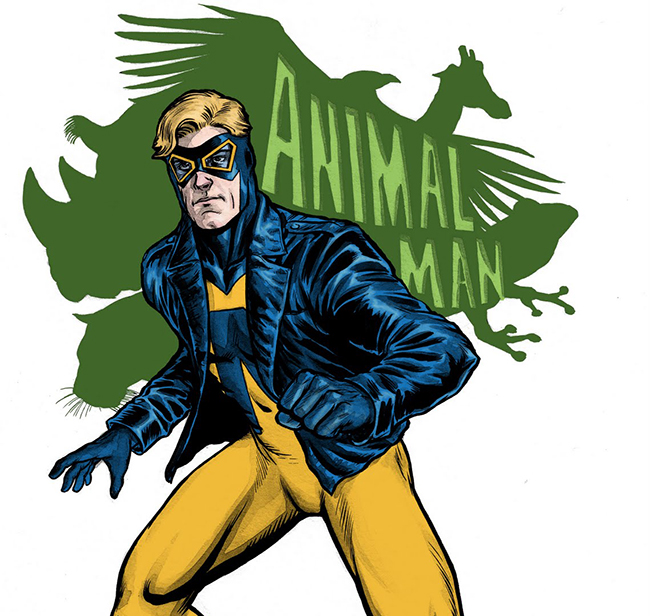 I don’t really know much about Animal Man, but above anything else, I think a show based around Buddy Baker and his ability to channel the powers of animals could be interesting just for the potential to connect with other DC shows. As devoted fans may know, the re-launch of Animal Man by DC Comics started a massive crossover series called “Rotworld” about the conflict between the forces of the Red (primal animal energy) and the Green (the world of plants and growing things) against the Rot, a force of death and decay that wants to destroy both. The series has included other well-known DC characters including villain Brother Blood and Animal Man’s Green counterpart, Swamp Thing. Crossovers galore!

As I understand it, another primary factor driving Animal Man is his family matters, as he struggles to accept that fact that his daughter is destined to become champion of the Red after him and is therefore targeted by all those who despise him. This sounds like something that could lay the groundwork for a pretty successful series, but I guess only time will tell on that one. 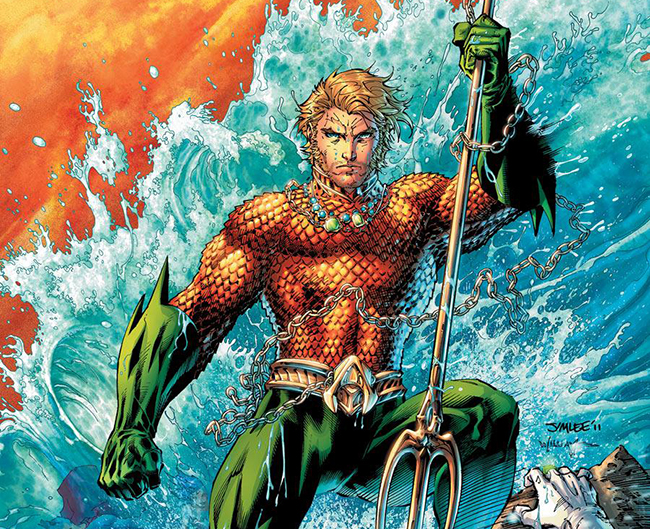 Okay, I know you’re all probably rolling your eyes and laughing at me right now, but just think about it for a second. In comic book history, no character has been the target of satire more than the Atlantean hero Aquaman, whose famously ineffectual power to command marine life has garnered mockery the world over. But DC has done a lot since its re-launch to show that Aquaman is actually a legitimate hero. In one comic, he walks into a restaurant and orders fish before lecturing the horrified customers that they, contrary to popular belief, are not his “friends” as their brains are too small for him to have an intelligent conversation with one even if he wanted to.

Like it or not, Aquaman is a critical part of DC combined stories like the Justice League (if that’s ever going to be a thing), and his villains like Black Manta are given just as much page or screen time as any other enemies. The series could be especially compelling if set during Aquaman’s childhood as an exile from Atlantis, growing up on the surface and gradually discovering his powers and ancestry. It’s so unconventional and out of the box, it might just be worth a shot.

Hope you liked my peek into what the DC TV universe could be like. If you want to take a look back and hear about what’s actually coming up, you can read Part One of this article here.