Welcome back to another edition of Channel Chaser! Despite my typically cheerful greeting, I’m actually not in a good mood today, and I have what I think is a pretty good reason. Remember a few months ago when I wrote a column making the case for why DC Comics should stick to creating a self-contained universe for itself on TV? Well, it seems like the big shots over at DC weren’t listening.

This is probably old news to everyone who really pays attention at this point, but DC just rolled out a plan for a whole slew of new movies, including the upcoming Batman vs. Superman film that will be the run-up to an inevitable Justice League movie. Another addition to the franchise canon, and the one I’m most concerned with addressing, is a Suicide Squad film that will feature, among others, Will Smith, Jared Leto, and Tom Hardy. 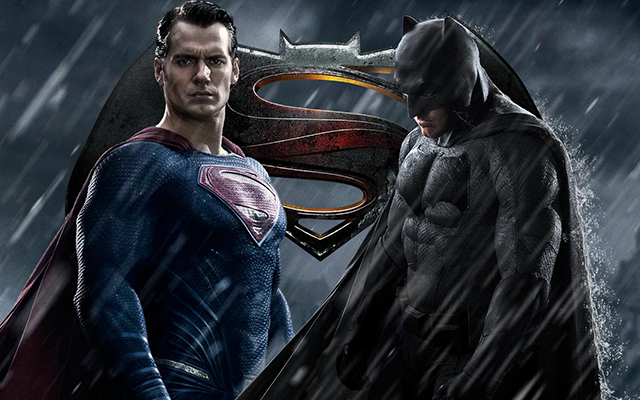 Let me just say that in terms of the casting or anything else, I’m not objecting to the idea of a Suicide Squad movie. Honestly it seems surprisingly solid for DC, which admittedly has not had a great track record with movies. It’s the principle of the thing that I’m against here.

In the CW TV show Arrow, the Suicide Squad has already been well established with members including Deadshot, Captain Boomerang, Bronze Tiger, and others. The show has done a great job of using the Squad to humanize these villainous characters and demonstrate that despite their evil deeds, they can actually work together for the greater good and that their lives shouldn’t be treated as expendable. This is especially true in the case of Deadshot, who has grown from a straight-up bad guy into being a sort of anti-hero with very believable motives for doing what he does. That, and Michael Rowe does an excellent job of making the world’s most skilled gunman into a sentimental and yet still totally B.A. character.

As if that wasn’t enough, DC has also announced plans to undermine the CW’s other shared-universe show, The Flash, by scheduling their own Flash film in only a few years’ time. This was the thing that really got under my skin, because I’m a huge fan of Grant Gustin and the show is so new at this point. Couldn’t you at least give it a chance to get going and stand out before you decide to try and give the role off to someone else? Come on.

And I’m not the only one who feels this way, apparently. I’ve got some celebrity backup. When Warner Brothers dropped the new lineup of Justice League-affiliated movies for the next few years at the end of last year, one of the first people to weigh in on the situation was Arrow star Stephen Amell. Even though there have been rumors flying around that he might get the nod to play the same version of his character on the big screen, Amell took to social media to express his displeasure on behalf of his co-hero Gustin. Here’s what he had to say.

“I thought that the way that Warner Bros. announced the slate of DC movies could have been handled better. I think someone like Grant Gustin, who has just launched an iconic character like the Flash, to record breaking numbers. Numbers that far surpassed Arrow‘s numbers… All that being said, I think that he should have been given a wider berth than two episodes before another actor was announced to play his character… That’s because I’m protective of Grant. And that’s because I think that producing 23 episodes of superhero television is more difficult than producing a feature film.” – Stephen Amell

I’m with you, Arrow: the whole thing was pretty crappy, to say the least. It feels to me like Warner Bros. is almost trying to discredit the TV shows and say that their product will be of a better quality, with bigger and known-caliber stars, than these relatively new entries into the CW’s shared universe. On a side note, am I the only one who thinks it’s kind of nice to see celebs sticking up for each other for a change? It’s nice to know that Amell and Gustin are as good friends in real life as they are on TV.

But I’ve got my reasons to make the case for TV. Rather than a few feature film appearances where screen time and development for a character or hero is relatively limited, I think episodic and serial TV shows give a lot more time to the main actors and those around them to fully flesh out their roles and develop their personalities in a believable and gradual fashion. I’m also just not a fan of the idea of a Justice League film in general. The Flash may be cool, but I’m not so down with Wonder Woman, Superman, Aquaman, Green Lantern, and all the rest of the gang.

Maybe that’s because I’ve always been a bigger fan of Marvel, but still, I think the CW chose its subjects well in that they’re populating their shows with heroes who are lesser-known, like Green Arrow, Flash, Firestorm, Arsenal, Black Canary, the Atom, and the Suicide Squad who can be made their own and developed to a much greater degree than an established figure like Superman.

That being said, I know that in the end this doesn’t change a thing. The movies are going to happen, there’s going to be two separate universes of DC characters, and we’re just going to have to live with it. Studios have to make their money, after all, and cashing in on the comic book craze is pretty much the best game in town right now. All we can hope for is that the CW doesn’t give up on its drive to build its own DC world.

The good news is that this doesn’t seem like it will be a problem, because CW has announced a pair of possible new shows that share space with Flash and Arrow: one an animated series based on the character Vixen (so how will that cross over? Not sure how that works…), and another based on Brandon Routh’s Arrow character Ray Palmer/the Atom. As I said before, using underrated heroes who haven’t gotten as much attention from the mainstream seems to be the CW’s calling card, and I hope this trend continues. Maybe one day soon I’ll even get the Blue Beetle and Question shows I’ve been praying for…but that’s probably wishful thinking.