Welcome back to Channel Chaser! It’s once again time for a review, and this week I’m turning back the clock by just a few years to take a look at a show that’s polarized viewers and critics alike: NBC’s short-lived superhero drama Heroes. 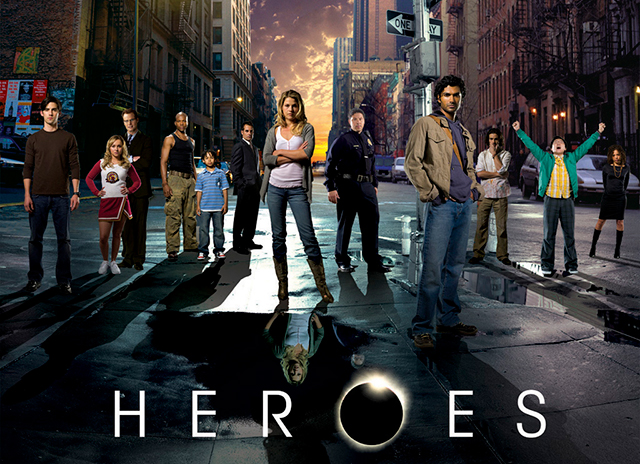 Heroes, created in 2006 by TV visionary Tim Kring, was imagined and presented as a sort of post-modern take on superhero literature. Instead of having a bunch of caped crusaders who zoomed around fighting crime and taking on bad guys, the show starred a group of normal and in most cases flawed individuals who all wake up one day with the ability to do extraordinary things. Brought together by a complicated set of circumstances that some would call coincidence and others destiny, these special individuals are forced to do their part to save the world from deadly disasters and dangerous secrets, all while trying to discover their own purpose in life.

As with many shows of this type, Heroes was envisioned as a serial epic much like Lost or Battlestar Galactica with a large ensemble cast, many of whom stuck out more than others. As such, let it never be said that this show didn’t produce a fair crop of new stars. The most obvious of these would be Zachary Quinto, now famous on TV and film, who plays the super-powered serial killer and the ostensible “supervillain” of the show, Sylar. To a slightly lesser degree, the series also served as a stepping-stone to bring Hayden Panettiere, cast as the regenerating cheerleader Claire Bennet, to the small screen. She’s currently holding down a long-running starring role on the musical drama Nashville.

On a side note, if you choose to watch the first season, be on the lookout for a two-episode guest appearance by Christopher Eccleston of Doctor Who fame as a literally invisible man–I’ll be honest, it was probably the highlight of the show for me.

It’s kind of surprising to me that I haven’t really seen many of the show’s other cast members in other places…but then again, maybe not. Because if you hadn’t guessed from my tone thus far, I’ve got a fair amount of issues with Heroes. It’s not necessarily with the acting: that’s pretty spot-on throughout the entire show, for what it’s worth. My problem is more rooted in the basic construction and writing of the show, and that it takes what I see as a growing and not in any way bad trend in superhero fiction and blows it out to ridiculous proportions: the idea of moral greyness. But I’ll get back to that in a minute. 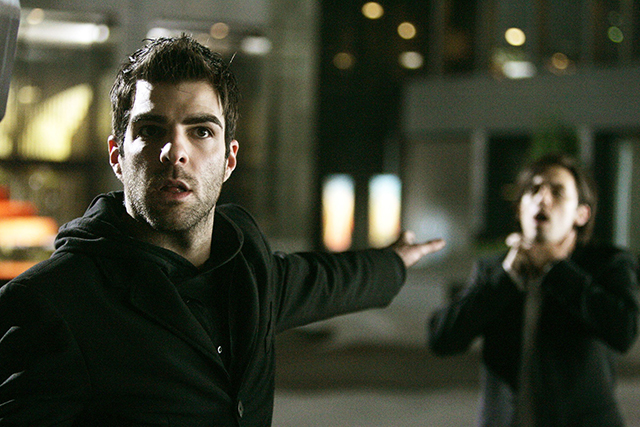 If you asked me for three words to describe Heroes, the words I would probably choose are “pretentious,” “heavy-handed,” and “frustrating.” The entire show seems to give off the aura of a particularly boastful party guest that you don’t really like: they go on and on about how great they are, and yet they don’t offer up a single shred of evidence to prove that their claim is correct. The grand and epic feeling Heroes is obviously trying to convey just screams desperation to me. It says, “Look at me. I’m amazing. Love me!” And I respond by wondering, “Why?” First of all, the show practically beats viewers over the head with its destiny dogma by beginning and ending every episode with some random nonsense about evolution, fate, or a combination of the two. It always feels like it’s on the cusp of some kind of awesome moment, but it’s so full of itself and its ability to tease the audience that it never actually delivers. We get it already: this show is about superheroes! Give it a rest, okay?

Speaking of never delivering, does it make anyone else mad that there are never actually any hero fight scenes in this show? I could run out of fingers counting the times when Heroes has the opportunity to do an action sequence, and the second you’re about to see it, either there’s a cutaway or a door shuts and obscures the action. Infinite budget savings, to the rescue!

Getting back to what I mentioned earlier, a big part of the show is deconstructing the tropes and cliches of superhero literature to show that if these kinds of things happened in real life, the real heroes would be far from perfect. Thus, pretty much every character in Heroes is designed to be completely in the middle of morality: the premiere grey scale where half the time they do the right thing, and the other half they’re making completely horrible decisions. Like I said before, I don’t have a problem with this in principle: actually, I love shows with morally grey characters because it makes things that much more real.

But the problem with Heroes is that it goes so overboard with making sure the characters are grey that it really misses out on any meaningful development for said characters. I mean, if Peter or Mohinder or Noah would just for once in their fictional lives make a real stand and decide what side they’re really on, I would be able to get behind them as people so much more, either for good or bad. As it is, the characterization is just a total mess that makes none of them in any way believable or even likeable: yes, even Hiro Nakamura, the walking cliche that the show just had to shove in there to pay fan service to all the geeks out there. He’s just too cheerful. It’s really annoying. As it is, the only character I really genuinely felt empathy or interest for was Sylar, and he’s the psycho bad guy! I think that about says it all.

Finally, the idea of time travel and changing the foretold future is thoroughly ingrained in the show’s mythology from the very start. Call me crazy, but for me, time travel is a right you have to earn as a TV show because it can make for some pretty nonsensical situations and plenty of deus-ex-machina curveballs that just destroy credibility. And in case you were wondering, Heroes doesn’t make the cut. If they had only introduced the time travel elements in season two or three, maybe…but as it is, it’s just a big old mess.

It sort of breaks my heart to say it, but the long and the short of it is that Heroes is a show so tied up with trying to justify its own existence and establish a legacy for itself that it never had time to slow down, make itself believably coherent and just live in the moment–a.k.a., have a few decent episodes. If you don’t watch it from the beginning, you’ll be hopelessly lost, and even if you do, you might not have the best luck understanding what’s going on. Combine that with the infuriating flip-flopping of most of the cast between the good/bad sides every other second, and all Heroes seems to bring out of its characters is the worst of humanity rather than the best. It’s not a complete loss, but it’s close enough. Such a shame for a show with so much potential.