It goes without saying that Forza Motorsport was one of the biggest racing franchises on the Xbox 360, so it makes plenty of sense that the latest version is a launch title for the Xbox One.  A new console generation offers better graphics, more computing power, and more use of the word “more” by PR executives than ever before.  Forza Motorsport 5 is boasting some shiny new features, too, including an evil robot version of yourself that can race against your friends when you’re offline.  But for all the impressive things the folks at Turn 10 Studios have done over the years, there are a few features I’m still waiting to see in a Forza game. 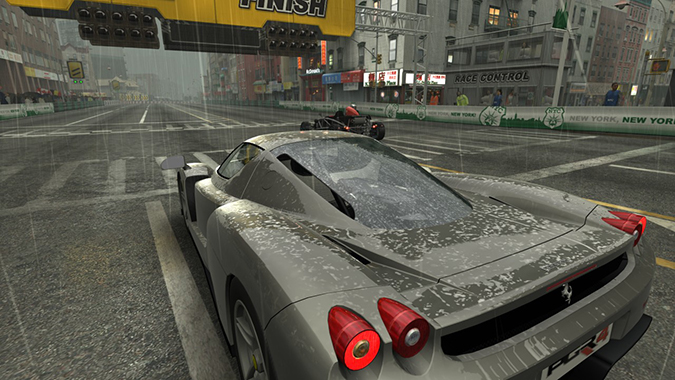 Unlike certain unnamed ball sports, motor racing doesn’t stop every time there’s a light drizzle.  Some of the most famous races in history have been decided in the pouring rain, so it makes sense that driving games would have the option of opening the heavens and dumping water down on the track.  The F1 games from Codemasters have had dynamic weather for years, and Project Gotham Racing 4 did it even earlier.  So why, I ask you, is one of the world’s top racing simulators incapable of throwing anything stronger than “partly cloudy” at gamers?  Think of the possibilities for weather-based race events, and the wealth of car setup challenges presented by a wet track.  If there’s any crowd ready to embrace racing in the rain, it’s the fanatical gearheads who buy the Forza games. 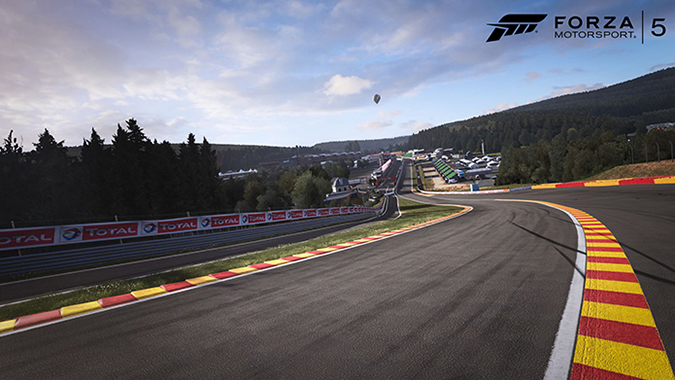 All is want is to combine Spa-Francorchamps and Suzuka. Is that so much to ask?

I spent countless hours of my life pounding around Suzuka and Sebring in FM4, but I inevitably ran out of steam and retired it to the game shelf.  It wasn’t the car selection that ran short, nor was it the variety of events that failed to keep me engaged.  No, the thing that always wears out my patience the fastest in Forza games is the tracks.  Turn 10 can only lovingly re-create so many iconic tracks in the digital world, so why not let the community have a go at doing the rest?  Gamers have already displayed amazing creativity in Forza car customization, and games from Trials Evolution to Halo 4 have shown what a level editor can do for a title’s longevity.  If a tiny motorcycle game can give us a way to make our own devious courses, surely the mighty Forza Motorsport can do the same. 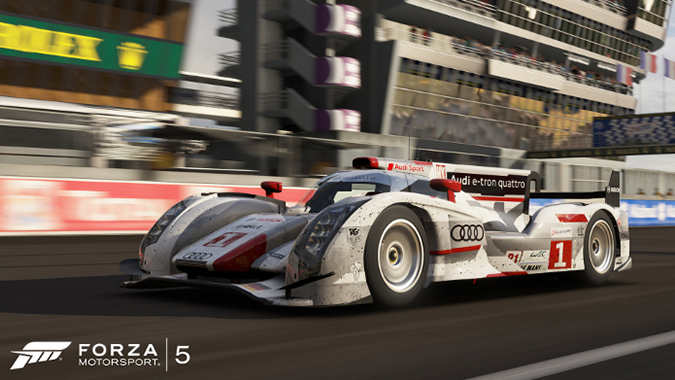 Co-op endurance racing. You know you want it.

As a fan of team-based motorsports in real life, this one is perhaps nearest and dearest to my heart.  Get two gamers together, give them a series of races and a limited budget, and let them take on the best the newly improved AI has to offer.  Better yet, take advantage of the split between setup gurus and driving prodigies and let one gamer work on the cars and race strategies while another puts them to the test around the track.  In a game that’s all about shouting at the TV with your car-crazy friends, a co-op mode would be a blast.  You hear me, Turn 10?  Make it happen, you mad geniuses.