I recently picked up the tenth volume of Black Lagoon, the first installment of the deceptively clever action manga to be released in quite some time. Despite the lengthy hiatus between books, I had no trouble jumping back into the bulled-riddled city of Roanapur. That’s a fairly impressive feat, and it inspired me to take a closer look at how the series is able to rebuild its momentum so quickly. Here’s what I’ve been able to figure out. 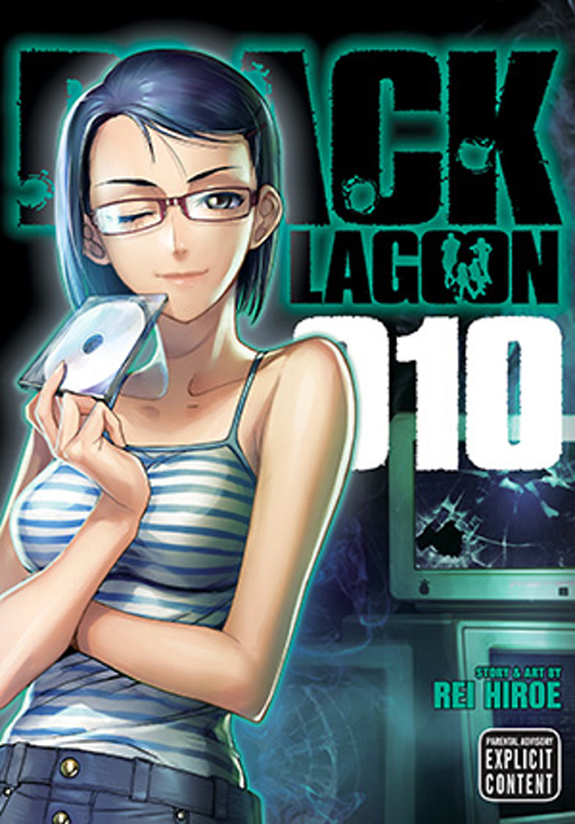 First and foremost, Black Lagoon starts clean with a new story arc and a new major character. “The Wired Red Wild Card” introduces Feng Yifei, a Chinese hacker who’s on the run after being thrown under the proverbial bus by her superiors. The new plotline saves the series from having to bring the reader back up to speed on all but the most basic developments from earlier volumes. Feng also provides a fresh outsider’s perspective to Roanapur, which allows us to regain our bearings as she slowly comes to terms with the way the city’s underworld operates. This is as close to a clean slate as Black Lagoon can get, and starting from the beginning of a storyline makes it easy to jump back in.

The story also doesn’t ask the audience to remember many recurring characters beyond the Lagoon crew and a handful of their regular associates. If the politics of the Russian, Chinese, and Italian mobs have grown fuzzy in the reader’s memory, it’s not a big deal. The new plot arc has a “back to basics” feel when compared to the web of alliances and rivalries that defined its predecessor. We’ve got Rock and Revy, Feng and her pursuers, and a few minor players that will likely become part of Rock’s strategy for helping his latest client escape in once piece. Instead of asking, “Who was that guy, again?” over and over, we can sit back and enjoy the quickly escalating chaos.

That return to fundamentals also applies to the themes and ideas that sit at the core of this series. As a white-collar character on the run from her former employers, Feng is in much the same situation as Rock was when we first met him. That connection allows the two of them to speak at length about the ups and downs of stumbling into a dangerous new life of crime. Their conversations are aimed straight at the mix of escapist fantasy and brutal reality that drives the series as a whole. In a way, Feng’s primary role is to remind the readers why we like Black Lagoon so much.

No matter how it does it, I’m glad to see Black Lagoon finally jumping back into the saddle. Feng is an excellent new character, and there’s no such thing as too much of Rock and Revy. Let’s just hope we don’t have to wait quite as long for the next book.