Hello everyone, and welcome to another edition of Channel Chaser! Sometimes a show can be incredibly frustrating because it has so much potential to be good, but just gets bogged down with irrelevant information and fails to deliver (sort of like last week’s entry, Lost). But today I’m taking us a couple decades back in time to discuss a different landmark series: The X-Files. 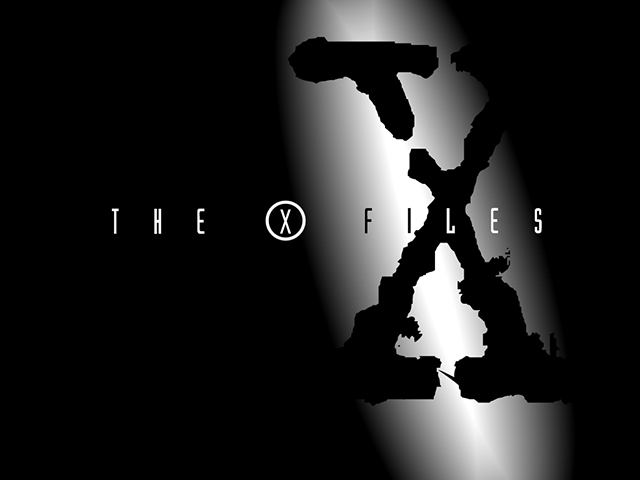 The X-Files first premiered on the FOX network in 1993, following a new wave of skepticism in big government. In fact, this very idea was the foundational premise of the show. FBI Agenst Fox Mulder and Dana Scully are the only two employees of a little-known bureau of the agency called the “X-Files”: a collection of largely unsolved cases consisting of strange phenomena.

Because no one else in the FBI takes either Mulder or the X-Files themselves seriously, Scully is at first assigned to the department to discredit Mulder’s work and help shut the X-Files down. But predictably, through their adventures together and their encounters with a fair bit of things that Scully can’t explain with science, she begins to realize the possibility that, as Mulder so often claims, “The truth is out there.”

First of all, let me acknowledge that there is no doubting the impact The X-Files has had on TV and on popular culture at large. Taking inspiration from sci-fi dramas like The Twilight Zone and Night Stalker, the gritty realism and cop-show background of the series is largely what contributed to making it one of the longest-running sci-fi shows of all time. By the time it went off the air in 2002, The X-Files had made the notion of government cover-ups a household idea and proved that shows centered around little green men didn’t have to be completely unrealistic in order to draw people in. It also launched the careers of David Duchovny and Gillian Anderson, two very prolific figures in Hollywood who are still in the spotlight today.

The show was also the origin of the TV trope “monster of the week” for the way that most of its episodes handled stand-alone cases with bizarre creatures or things that had nothing to do with the overarching plot of the series. In fact, two-thirds of all X-Files episodes were based on “monster of the week” storylines. While I do appreciate the fact that some filler is needed in order to a show to have diversity, develop characters, and just make it last longer, this in my opinion was way, WAY too much. I mean, shows like Supernatural still use this model right now to a much smaller extent, and it still ticks me off every time I have to sit through another week of irrelevant plot developments. 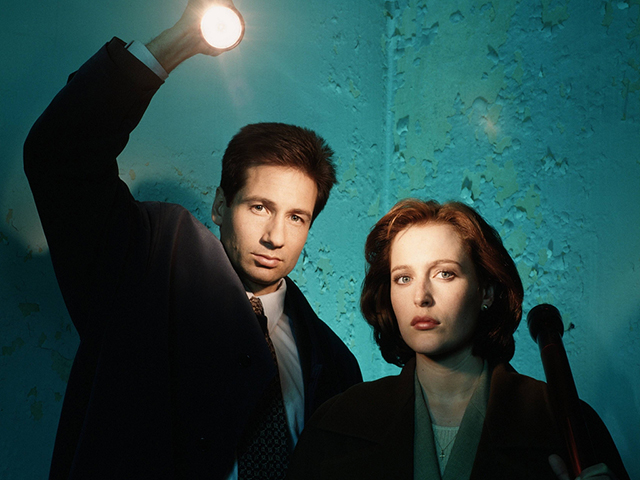 It makes it even worse that the overarching plot that I mentioned was actually quite a good one. It involved Mulder and Scully gradually discovering, over the course of several seasons and a movie, that our government houses a vast conspiracy concerning a group of alien colonists who want our planet for themselves. They work with the Syndicate, a network of powerful officials who agree to trade loyalty to their race for a place in the new order. While they are never given a close-up and proper look in the show, all the facts indicate that the so-called “Colonists” are your standard grey-skinned, black-eyed aliens, who also intend to convert humanity into a slave race by crossing their DNA with ours to create “super-soldier” hybrids and use a black oil-like substance to infect humans and gestate their young. Pretty creepy if you ask me.

Anyway, the point is that for most of the series, Mulder and Scully are fighting to protect the planet against this conspiracy under the noses of the government and the public, and are often put on the run from the law for sticking to their guns. While they do receive help from their boss at the FBI, Walter Skinner, a group of humanoid alien rebels who oppose the Colonists, and a series of covert informants from inside the conspiracy, the magnitude of what they are up against is just so colossal that it makes the entire saga seem that much more believable, and all the more triumphant when they do (SPOILER ALERT) eventually succeed.

Honestly though, I just wish that more of the show could have been focused on this central storyline than all that extra stuff. To be fair, The X-Files does have some pretty cool filler episodes, but overall I found the stories in between episodes involving the battle with the Colonists to be stale and boring. It also has its fair share of terrible monster-of-the-week plots. I mean, they spend a whole forty-five minutes at one point on the Jersey Devil. The Jersey. Freaking. Devil. Come on.

I guess it was kind of predictable, but I also never really bought how Mulder and Scully eventually get together as a romantic couple. Call me crazy, but I just never saw Duchovny and Anderson as having that much chemistry together. The relationship was further derailed as well by Duchovny’s intermittent appearances on the show. After the fifth season, Mulder starts getting screen time less and less due to Duchovny’s off-screen troubles, making it difficult to take him seriously as a character. With him out, the writers stepped up Scully as the new lead character along with a couple new additions to the X-Files, Agents Monica Reyes and John Doggett, who just never really flew for me either. Late additions rarely do, I suppose.

Honestly, if I were basing my rating of The X-Files purely on episodes surrounding the main story arc, this number would be much, much higher. But unfortunately, we have to take the whole thing for what it is. At its best, The X-Files is an edge-of-your seat psychological thriller with some horror and sci-fi elements sprinkled in that will leave you craving more every time. At its worst, it is a standard procedural cop snore-fest, plain and simple: two-thirds a snore-fest, to be exact. You want my opinion? Just watch the alien episodes. Skip all the other crap. You’ll thank me one day. But if you’re into more modern shows like Fringe, this is where they came from, so do yourself a favor and check it out.