It happens from time to time, even to the best of us.  Caught flat-footed on an off day, we suddenly find ourselves completely incapable of explaining our hobbies to someone without babbling like a moron.  In one terrifying instant, years of knowledge and insight melt away, leaving behind an inarticulate puddle of stupidity.  Here for your amusement is a retelling of how, last weekend, my attempt to talk about anime to another human being left me feeling about as well-adjusted as Tomoko Kuroki from WataMote.  Enjoy. 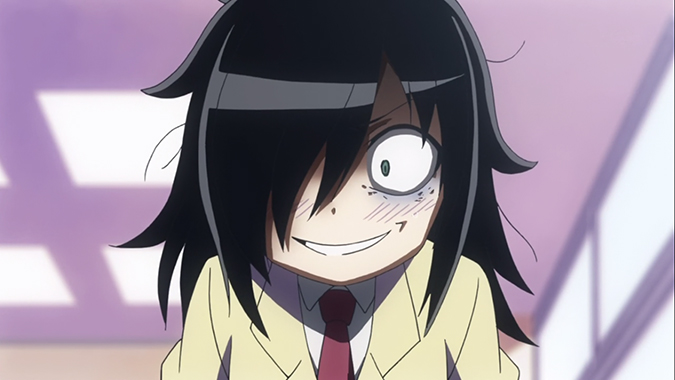 The girl seemed nice enough.  She was actually quite pretty in that tall, blonde Scandinavian sort of way, but we clearly had all the chemistry of an empty test tube.  Unfortunately for us, the other two people at the table worked in the same field and were completely engrossed in talking shop.  So, we plodded pleasantly through the barroom ritual of making small talk with someone you’ve never met before and won’t see again any time soon.

“Yes, I come here all the time.  Yeah, you can’t go too far wrong with any of the appetizers.  No, I ate earlier, so I’m just having a beer.  Oh, you work at That Job but would rather do That Other Job?  Interesting.  I produce written and video content for this website I made.  Yeah, one guy does a column about video games, I write about anime…”

“Oh,” she said between sips of hard cider, “you like anime?”  It wasn’t the excited voice of a fellow otaku, but the politely interested tone of someone who couldn’t possibly care less about the topic at hand. 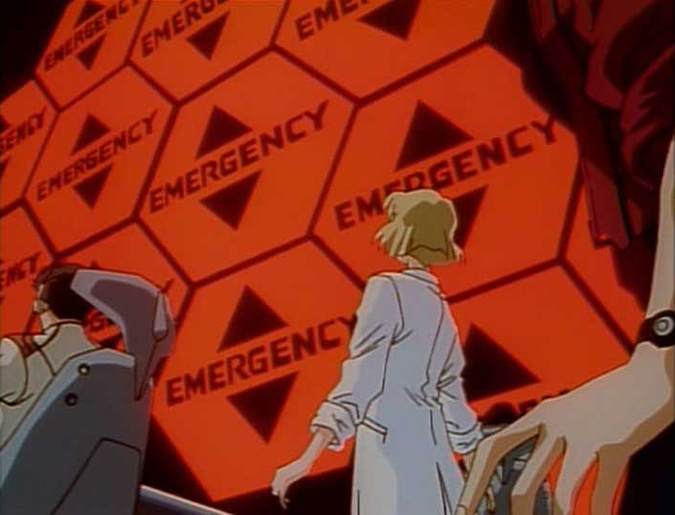 Stop trying to backtrack, idiot.  You just admitted to writing a weekly column.

“I mean, yeah, it’s not the kind of thing most people are into.  You wouldn’t come across it unless you knew someone who already watched it…”

Oh, GREAT.  Reinforce the idea that your hobby is weird.  What a clever idea!

“I guess I just like it because it’s not what you’d normally see on TV, you know?”

It’s not worth it, dude.  Change the subject ASAP.  Abort mission.

“It’s gotten a lot easier to access over the years.  You know, it used to be like twenty bucks for a VHS tape with like two episodes on it.  Now there are online subscriptions…”

STOP!  Just stop.  You’re babbling.  What’s wrong with you?  You’re not even attracted to this girl.  Why can’t you just speak like a normal human? 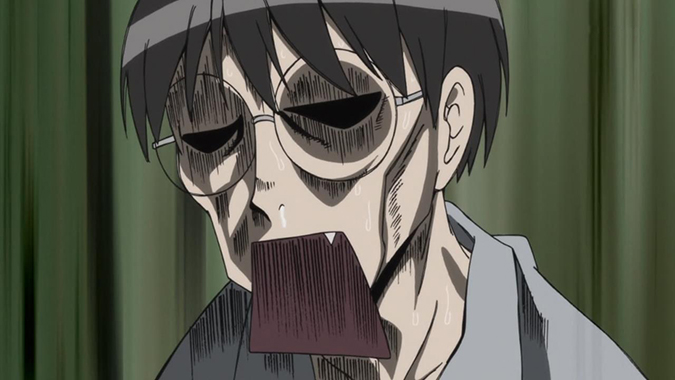 The conversation dragged itself along for what felt like another three centuries.  I managed to avoid offering a pompous correction when she made a reference to “reading anime,” but couldn’t stop myself giving the world’s worst explanation of why manga is printed from right to left.  I nearly stood up and danced for joy when a fifth person arrived at the table and hijacked the conversation with tales of her job as a waitress.

Looking back, I’m baffled by what an absolute ass I undoubtedly made of myself.  If you went nine years back in time and asked High School Me about anime, he’d probably have been more coherent.  I normally pride myself on being able to convey my interest in something without talking someone’s ear off.  Heck, I essentially have a monologue titled “Yes, I’m Quite Fond of Anime” stashed away in my subconscious.  So why did I become such a spectacular train wreck while chatting idly with someone whose name I can’t remember?

I suspect some of my own prejudices lie at the heart of the matter.  On the rare occasion anime gets any kind of mainstream exposure in the US, it’s typically shown in a less than flattering light.  I think this gives some American fans (myself included) a bit of a persecution complex.  We expect “normal” people who “just don’t get it” to write us off as a bunch of awkward dorks.  In the moments before my epic conversational failure, I let myself fall prey those expectations.  Based entirely on appearances and some meaningless small talk, I had decided that I was dealing with someone who would judge me because of my interests.  It was a lazy, ignorant conclusion that colored my interpretation of everything she said and did.  I started reading condescending dismissal into perfectly innocent remarks like, “I knew some people who were into anime.”  In my state of mind, that casual attempt at establishing common ground was promptly translated into, “I had to interact with this bunch of nerdy losers once, and I assume you’re just like them.”  Standing in front of an imagined firing squad, I became my own stereotype of a socially inept otaku.

If our mutual acquaintances ever put us in the same room as one another again, I owe this girl an apology.  I let my preconceived notions distort my opinion of her, put her through a painfully awkward disaster of a conversation, and apparently couldn’t be bothered to remember her name.  If you ever find yourself in my position, dear reader, I hope you’ll learn from my mistakes.  The day may come when you’re judged unfairly for the things you like, but expecting someone to do so shows the same kind of prejudice on your part.  It also makes you look like a doofus.