Before we talk beer, we have to talk beer.

A good college buddy of mine once said, “There’s a time and a place for every beer”. And boy, was he right. I’ve found that for something as delicious and awesome as beer, there is way too much criticism and beer-snobbery going on. All of us could us a good lesson in manners, because that’s all this really boils down to. I mean, I’m not going to walk up to you in the middle of your bologna and cheese sandwich and throw a hissy fit. Look, I’m sure we would all love to have a 32oz porterhouse steak once in a while, but sometimes you’re in the mood for a bologna and cheese sandwich. 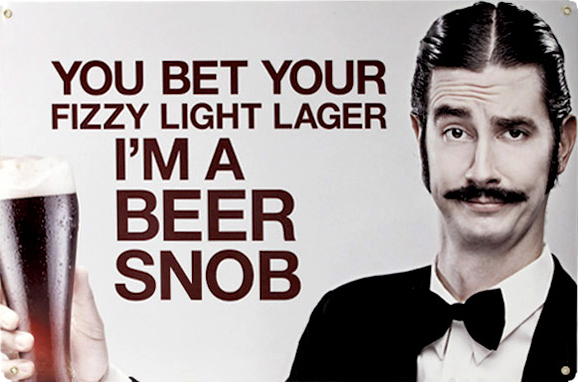 Why do we treat beer like it’s any different from food, or music, or television preference? Well, I don’t have an answer. But I do have a solution. Let’s run through some of the popular beer choices:

To start, we need to break beer down in to its two essential categories. We have lagers and ales. Thats it! We can get into the bigger differences and some other variations a little later, but for now, lets stick to the basics. Bud Light, Yuengling, and Coors are some popular name brands of lagers. For those who like ales, we can look to Newcastle or Guinness. This does not mean that all lagers are light in color and body, or that all ales are dark and malty. These are just some examples. Its a pretty simple cut, but either choice can take you in vastly different directions. By choosing an ale, one can quickly rule out most of the easily found lager beers from brands like AB-Inbev who makes Budweiser and Bud Lite, or Miller Coors, who makes both Miller and Coors Lite. For your every day mom and pop shop, that can be close to 90% of their beer selection. This mostly due to the price and availability of these beers.

The behemoths of the beer industry, Anheuser Busch (AB-Inbev), and Miller Coors have spent years perfecting their recipes, and lagers work for them. They can produce it cheaply and in mass quantities. This means a lower price for the end consumer. It also means that it’s more accessible, and who doesn’t like easy to get beer?

The recent craft beer movement has sparked a frenzy of new micro and nano breweries. Each are unique and experimenting with their beers. They want to see what works and what doesn’t. However one thing that that can go unnoticed is the fact that Lagering, or the process of making lager beer, can create high demands for both space and resources. Lager yeast requires much colder temperatures, and thus more equipment and space to store this beer. With that said, many craft/micro brewers will start off by brewing ales. This does NOT mean that your “Craft Ale” is better. In fact, it’s something entirely different from a lager.

On a more personal note, I have to say that on a hot summer day, I do enjoy a Corona lager, or maybe a Pabts Blue Ribbon lager for a small club concert. Occasionally it will snow and I really want a Guinness Irish Ale. What about when the leaves start to change and I’m in the mood for a Pumpkin Ale? You know what I do? I drink it. And so should you. Enjoy your beer and keep your fins out of everyone else’s pint glasses.

Shark Puppet Pub is written by Chris Zaccaria.  You can start a drunken argument over his taste in beer on Twitter.