Welcome to another edition of Channel Chaser! This week, I’d like to take a break from my regularly scheduled writing about fictional shows and bring you all some more current news from the land of television. As you may have guessed from the title, I’m talking about the two biggest faces in comedy today, and probably my personal favorites of all time, Stephen Colbert and Jon Stewart. 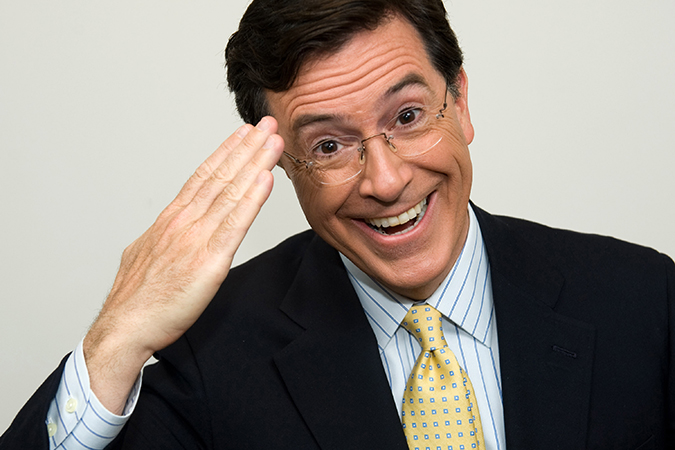 I’ve been a huge fan of both The Daily Show and The Colbert Report for a long time, and I would imagine that I’m not alone in this. A lot of people in my generation seem to be avid watchers of both shows, sometimes preferring one over the other–more on that later–but what they love is the fact that while they are unquestionably funny, Stewart and Colbert both endeavor to present truth in a newsy and comedic format.

This kind of delivery is simultaneously laugh-out-loud funny and deeply affecting for viewers, who realize pretty quickly that while Stewart and Colbert may make light of a situation, they are primarily presenting commentary on the hypocrisy of government officials, the ineptitude and irresponsibility of the media, and generally the social state of our times.

The best thing about having both shows on is that they appear to complement each other, in that The Daily Show is a relatively liberal-leaning program, while The Colbert Report is allegedly hosted by a diehard conservative. Even though most people could probably pick up pretty fast that Stephen Colbert is not anywhere close to as Republican as he pretends to be–and the key word here is pretends–you’d be surprised at just how many people out there assume Colbert’s conservative pundit character is sincere and agree with the ludicrously outdated and insensitive statements he makes. This just serves as further proof of what Colbert and Stewart are getting at; our society is pretty screwed up.

I guess what I’ve said so far makes it clear what side of the political divide I personally land on most of the time; full disclosure and all that. But enough about me, because the big news recently has been all Colbert. In case you’ve been living under a rock, or you just don’t watch late night TV that often, Stephen Colbert was recently selected as the successor to David Letterman on CBS’s wildly popular Late Show.

Obviously this is great news for Colbert; after starting his career on The Daily Show as a popular but relatively unknown correspondent, he moved up to having his own spin-off show, and now is taking the next step into hosting a nationally-renowned talk show. It’s less great for long-time fans of The Colbert Report, however; if Colbert is moving on, than it stands to reason that the show will die with his departure. That’s the theory, anyway. I find it pretty hard to believe Comedy Central would try to re-brand the show with a new host or something like that. It might give one of The Daily Show’s other alums the chance to break into the spotlight, though; since one-time Stewart backup John Oliver is doing his own thing on HBO now, perhaps an experienced political comic like Lewis Black or Jason Jones could step up and make a go of it?

Another thing that concerns me is that the Stephen Colbert that we all have come to know will also be left behind. Colbert has publically stated that he will not be bringing his famously egocentric, hardheaded, and aggressive personality he cultivated as host of the Report. In essence, the Colbert we will see on the Late Show will be the “real” Colbert. If anyone has not seen Colbert speaking in public as himself before, I would advise you check it out; the difference between his personality and his television persona is about as polar opposite as can be. The “real” Colbert is a quiet, polite, and sincere family man–a great guy to be sure, but not necessarily a personality that you would expect to see on television, much less in comedy programming.

So I guess the question is whether, without his character, Stephen Colbert can still be funny. And the answer is, we’ll just have to wait and see. Late night television on a major network is a pretty big leap from Comedy Central, and most of the raunchy, line-crossing humor of The Colbert Report probably wouldn’t fly on CBS.

I think we shouldn’t rush to judge within the first few weeks of the changeover, however, because that’s usually the time when the new host struggles the most to find their own unique voice. I remember when Jimmy Fallon first started on the Tonight Show; Fallon is undoubtedly an extremely funny and talented man, but his first week or so of hosting fell flat as nothing he said seemed to be worth a laugh and his presence on the set was painfully awkward. But he quickly got the hang of it and is now back to hosting and cracking jokes with the best of them. The moral of the story here is that no matter what I or anyone else may think, we have to at least give Colbert a chance before making a decision on his merit as a late-night host.

In conclusion, I’d just like to say again for the record that I am very glad to hear that Stephen Colbert’s talent is being recognized and that he is being promoted to late night, as despite his obvious knack for comedy and television hosting I feel that he still to a certain extent lives in the shadow of Jon Stewart and The Daily Show. This gives him a chance to get out on his own and do something completely different to really make a name for himself.

Of course I’ll miss The Colbert Report, but I’m hoping that a similar show will step up to take its place. Will it happen? I guess we’ll just have to wait and see.