What a crazy week it has been in the world of television fandoms. The BBC aired its much-anticipated Doctor Who fiftieth anniversary special, and on the same day the Bronies donned their pastel-colored shirts and costumes for the premiere of the fourth season of My Little Pony: Friendship is Magic. With all this excitement, I doubt people also knew that last week the English dub of Pokémon Origins was released on the official Pokémon website. 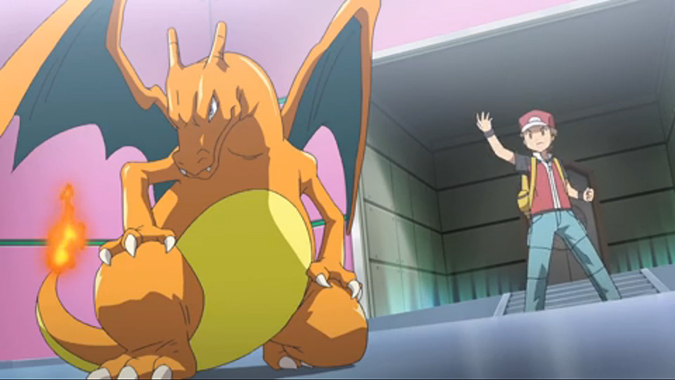 I marathoned the four twenty-minute episodes the day they were released and, like so many other cartoons and movies, the show had some ups and downs.

Before I continue, I should mention there are some SPOILERS AHEAD, although if you played Pokémon Red or Blue I doubt the moments I highlight from the anime will be anything too new or shocking… 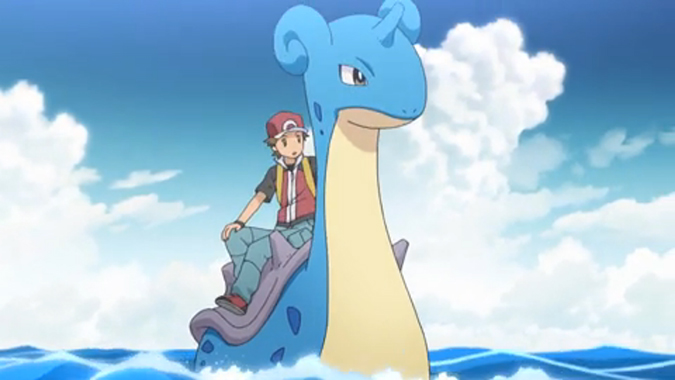 I will say the one thing I loved most about Pokémon Origins first and foremost: these four anime episodes were a serious trip down memory lane to anyone like myself who grew up playing Pokémon on their Game Boy for hours on end until the batteries died. The animators took great care to include plenty of homages to tons of moments in the game. For example, each episode starts and ends with a recreation of the menu screen from Pokémon Red and Blue. A disembodied player selects “continue” at the start of each episode (except for Episode One, where the cursor naturally points to “new game”), and each episode ends with this unidentified “player” saving his progress. The layouts of the many cities and building interiors of Kanto look exactly as they did in the games as well, and are subtle but pleasing pieces of detail for the nostalgic Pokémon fan. The soundtrack, too, is a giant homage to old-school Pokémon. Throughout the miniseries you’ll easily find yourself humming to re-mastered versions of your favorite classic Pokémon songs. And finally, in this version of Kanto you won’t find Pokémon saying their names; the pocket monsters all have distinct, animal-like calls that sound similar to the various calls you heard in the creatures’ Pokédex entries.

Dialogue from the Game Boy games was perfectly recreated as well. Both times we see Red healing his Pokémon at a Pokémon Center, the nurse returns the Poké Balls to Red while assuring him that “your Pokémon are fighting fit!” Also the introduction you receive from Professor Oak welcoming you to the world of Pokémon at the start of the first episode looks exactly like the introduction you get from him at the start of Red and Blue. His speech is verbatim to what you read in the dialogue boxes. The single spotlight shining down on Oak is also a nice touch. The only thing that disappointed me about the dialogue in Pokémon Origins was that there were many famous lines from the game that they chose not to include. I was hoping for a little eight-year-old trainer to at one point run up to Red and randomly shout, “I like shorts! They’re comfy and easy to wear!” But alas, that classic video game line was one of the many parts of the game the animators chose to cut. 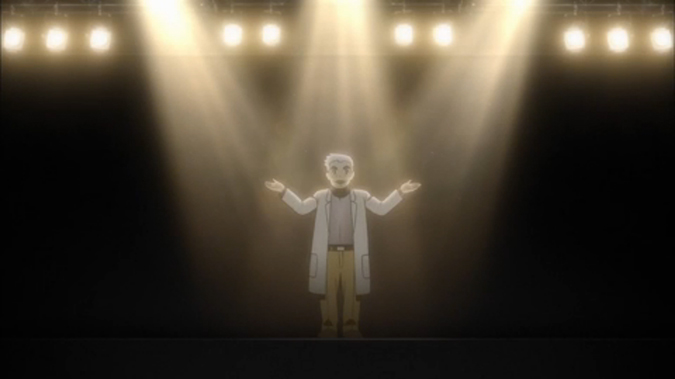 Apart from some dialogue, a lot of notable parts of the original game’s story were cut in Pokémon Origins. With only four twenty-minute episodes, the miniseries only focuses on a few key events from Red’s journey. Episode One includes Red’s first battle with rival Blue and his earning the Boulder Badge from Brock at the Pewter City Gym. The second episode takes place in Lavender Town where Red encounters the ghost of Marowak in Pokémon Tower. In Episode Three Red saves Silph Co. from Team Rocket, then the episode skips ahead to his battle with Team Rocket boss Giovanni at the Viridian Gym. Finally, Episode Four prominently features Red’s final battle against Blue for the title of Pokémon League Champion and then Red’s journey into Cerulean Cave where he confronts Mewtwo. While they are briefly shown in montages, we missed full battles with six of the Gym Leaders and even the battles against the Elite Four. This is especially disappointing when the battles are the best part of Pokémon Origins: compared to the main anime, the battle scenes are very well-animated and are also coupled with great commentaries by the battling trainers as they think about what moves to make next. To tell Red’s story in a way that feels more complete, Origins could have benefitted from one or two more episodes.

But for what little we got, some of the characters were incredibly dynamic. I was on the brink of tears watching the flashback to the death of baby Cubone’s mother in Episode Two. And while it seemed a bit out of place for the notorious crime boss, Giovanni had a powerful change of heart during his battle with Red in Episode Three that actually made me feel an emotional connection to the Pokémon world’s most infamous villain. 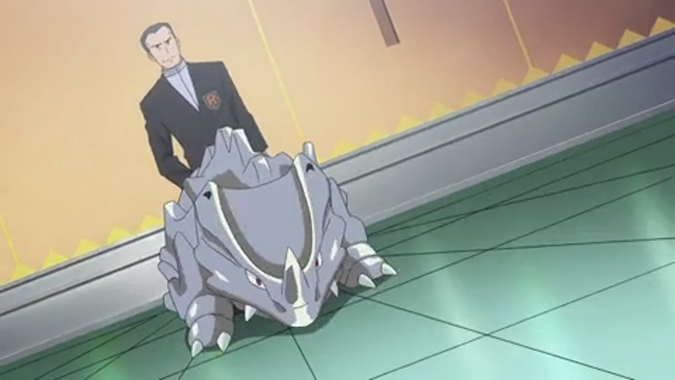 I will say that the biggest disappointment for me watching Pokémon Origins came within two minutes of Episode Four’s conclusion. Without giving away what and how it happens, I’ll say that I grew incredibly frustrated when the writers shoehorned what was essentially a commercial for Pokémon X and Y into Red’s battle with Mewtwo. For a miniseries that was ninety-nine percent a tribute to the early days of Pokémon, the shameless promotion of the new games felt incredibly out-of-place.

Pokémon Origins could have been a lot longer than it was; heck, it could have been its own full anime series. I would have much rather joined Red on my Saturday mornings growing up than Ash Ketchum. The short length of the series, combined with what can only be described as a sell-out ending, tarnished this anime from being a perfect revisit to Kanto for older Pokémon fans. But despite the flaws, Pokémon Origins has plenty of moments that will make you cry tears of nostalgic joy that definitely makes it worth a watch.