Welcome back to another edition of Channel Chaser! This week, I’ve decided that it is long overdue that I throw my hat into the ring on the current debate surrounding one of my favorite TV shows, the British sci-fi series Doctor Who. 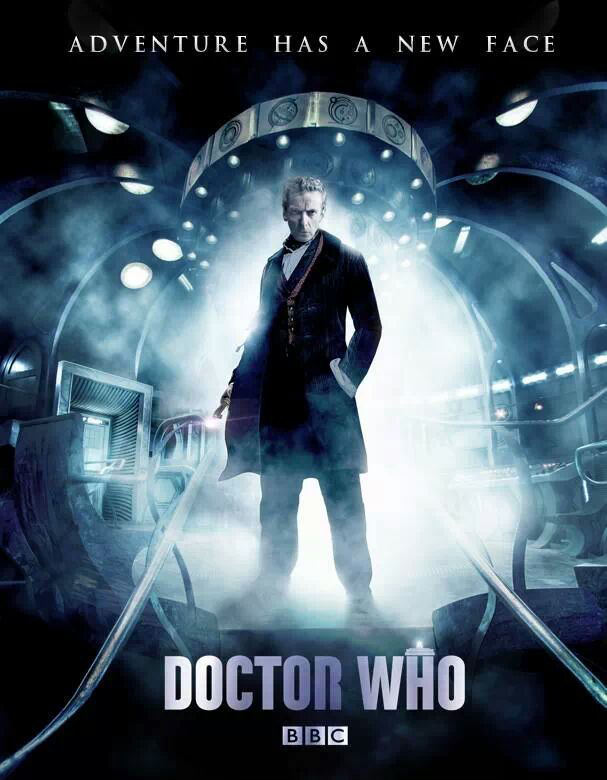 With the show’s eighth season coming to a close, fans are more polarized than ever before over a number of different issues: from the characters, to the writing, to the show’s overall tone and direction…you name it, and it’s probably up in the air. This is kind of inevitable, given that Doctor Who is one of those rare long-running shows that changes its entire cast on a regular basis, leading to all kinds of uncertainty and stress as new actors try to mesh with each other and make the series their own, but it seems that Peter Capaldi’s introduction as the Twelfth Doctor has sparked the most intense round of argument yet.

I’ll admit it: I really didn’t like Peter Capaldi at first. I respected how the show-runners were trying to shake things up by introducing a character so vastly different from the Doctor’s more recent incarnations, but I was so pained by the departure of Matt Smith–my favorite Doctor, in case you hadn’t figured that out by now–that for a while I really didn’t think I could give Capaldi a chance. It didn’t help that his lead-in episodes “Deep Breath” and “Into the Dalek” were nothing special. But then I saw “Listen”: a masterpiece of an episode that convinced me that Doctor Who still had what it took to be a great show. It had everything: action, mystery, suspense, and some serious character development for both the Doctor and companion Clara Oswald.

Sure, there have been some other not-so-great episodes like “In the Forest of the Night”, but that’s the same as in every series of Doctor Who. The first season with a new Doctor is always a challenge for the fans, and I feel that people are overreacting to it even more than usual because the Doctor is no longer the goofy, spastic, and loveable chatterbox that he’s been for years now.

I really believe that the writers were using this season to take Doctor Who back to its roots and remind everyone that while he may have good intentions, the Doctor is not human. He may have developed an understanding and compassion for humans over time, but at the end of the day, there are a lot of things about us that he can’t figure out. It also kind of goes with the idea that a consequence of his whole new regeneration cycle–Smith’s Eleventh was technically supposed to be the last–all the progress he has made as a character is erased and he sort of has to start back at square one in terms of personal development. It’s actually a smart move because if they left him as he’s been for the last few years, where would the show go from there?

My last word on this is that, to steal a quote from The Dark Knight, Peter Capaldi may not be the Doctor we–or anyone in his fictional universe, for that matter–need right now, but he’s the Doctor we deserve. When you get too complacent with such a fundamentally alien character, as Clara did with the Eleventh Doctor, you’re guaranteed to get burned at some point. That aside, I find Capaldi’s dry, quiet sense of humor and reserved personality a refreshing dose of realism on a show that frequently gets carried away with its own nonsense.

Honestly, this season might be more about Clara than about the Doctor. The long-running companion has developed in leaps and bounds this series, something that is long overdue since her default cheerfully bossy attitude got really old in season seven. It’s all the more meaningful since the writers haven’t been making it easy for her. I really, really want to like Danny Pink…but I just can’t. Compared to similar characters in past seasons, he’s gotten virtually no screen time and no meaningful development.

It might have helped if Danny actually had the chance to get in the TARDIS and travel somewhere with the Doctor and Clara, but the writers seemed intent on avoiding it for some reason. Many opportunities that could have opened Danny’s mind a bit and made him a more likeable and relatable character were ignored or shut down, to the point where I think that his “death” in “Dark Water” is probably the best thing that could have happened to him. As it is, I feel that Danny was criminally neglected by the show’s overarching story, and I really can’t understand what Clara sees in him without more evidence than we’ve been shown so far.

In terms of the writing overall, one thing I am excited about is the return of the Master. Not that it was surprising, though: I and pretty much everyone else had already figured it out. The big twist reveal of Missy’s identity was overall kind of disappointing, especially since she’s working with the Cybermen now. I liked it a lot better when the Master was sort of a lone wolf, and Cybermen aren’t known for being great villains, so I’m not sure how it’ll play out. I am excited, however, to see the Doctor’s greatest nemesis back in action, and Michelle Gomez has been playing the new “Mistress” version to creepy, obsessive perfection so far. 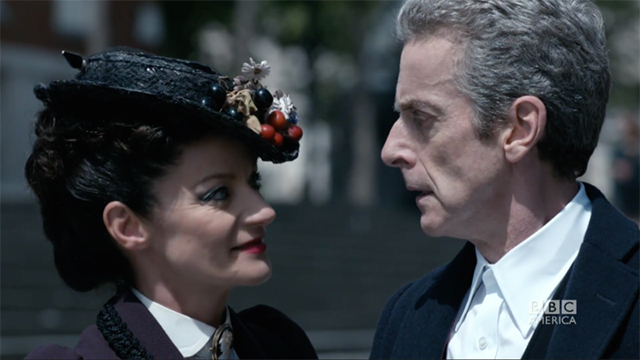 I’m even more excited with the possibilities it opens up for the series proper. So Time Lords can regenerate into Time Ladies? This opens up a new level of interaction between the Doctor and the Master, as well as a new uncertainty about the Doctor’s future. Is this a subtle hint that, one day soon, we’ll have the first woman Doctor? I feel that it’s a move whose time has come, for a lot of reasons.

I’ll admit the writing for this series hasn’t been the best–episodes that could have been great like “Dark Water”, “Mummy on the Orient Express”, and “Kill the Moon” were just fair and seemed like missed opportunities. But I feel that people are being a bit too harsh in their judgments so early on in Peter Capaldi’s career. He is a good and potentially great Doctor plagued by bad writing–bad in that the writers just haven’t figured out what to do with him yet apparently. Can he be silly, like in “Robot of Sherwood”, or do they want him serious and contemplative like in “Listen”?

Oh, and then there’s that whole thing about Gallifrey not being destroyed and lost somewhere in time and space. Are we ever going to talk about that again? Steven Moffat, quit slow-rolling it and own up to Day of the Doctor, for crying out loud. Is the reappearance of the Master a hint that this may be coming? Here’s hoping.

One thing’s for sure: Moffat and the Doctor Who crew are intent on using Capaldi’s Doctor and this new series to shake veteran audiences out of their comfort zones and make them think again. Controversial? Yes. Jarring? Definitely. But how will it stack up in the years to come? I guess we’ll just have to wait and see.