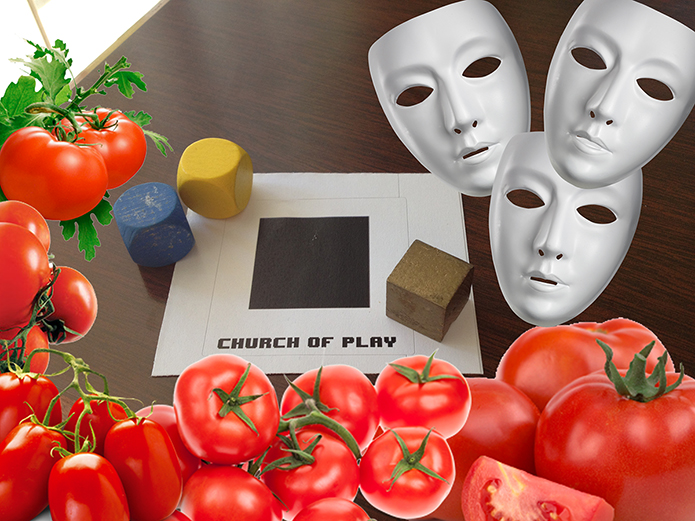 This story is easily one of the most bizarre things that happened to me during my time at IndieCade earlier this month. I suppose I should start at the beginning…

My friends and I were in line waiting to enter the festival’s Beer Garden after a long evening trying out games at the press booth. I was a bit hungry and quite ready to gulp down a frothy cold brew when a guy in a blank white mask approached us with pamphlets for some kind of organization called the “Church of Play.” My friends followed him to one of IndieCade’s many white tents and I, hungry but curious, joined them.

We were first initiated inside the tent church, where a game developer attending the festival served as the priest of the church. He too was wearing a white mask, as well as a lab coat that had fluorescent green and orange paint splattered on it. My friends noted a distinct look of confusion on my face as he toured us around the tent. He asked us to pick up a card (which we were told not to look at) and a rectangular mask made out of clear plastic and purple ribbon. I did my best to fit my mask around my glasses as he instructed us to take two blank dice, “the first symbol and tool of the CoP,” the pamphlet I was given explained. The “priest” then took us individually to a mirror. He looked at the cards we picked up and wrote a symbol on the underside of our cards onto the tops of our masks using a Sharpie. I can still hear his voice, asking me if I could see myself in the mirror. It was a European-accented voice slightly muffled from behind his mask that eventually said to me: “Welcome to the Church of Play.” I was definitely puzzled and had no idea what I had just gotten myself into. But at this point I knew there was no turning back. 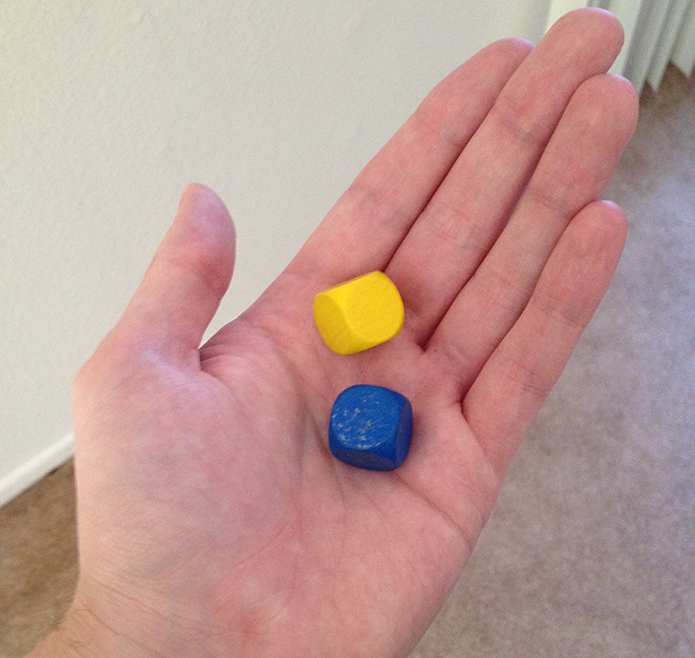 We were escorted outside the tent, where higher representatives of the Church of Play were playing games with the disciples until service began at 8:00. But these games were different. There were no consoles. There were no controllers, cartridges or disks. There was body movement, and simple objects such as rope, balloons, and our blank dice. The higher church officials handed golden blank dice to those who performed exceptionally well in the games. These were our invitations into the 8:00 service. I knew the Beer Garden was closing soon; still determined to grab some chicken and a Budweiser I hoped that my friends wouldn’t get the gold dice. They did. Not wanting to be abandoned, and with my curiosity of this video game-themed performance-art-piece-slash-cult growing, I pressed forward.

Some of the games were admittedly very fun to play. A particular favorite of mine was called “Oracle.” In this game, Church of Play members stood shoulder-to-shoulder on a circle made out of rope. One at a time, people would ask questions to the almighty Oracle, dropping their two dice in the circle. If both dice stayed in the circle, the answer was “yes.” If both dice bounced outside the circle the answer was “no.” One inside and one outside: “ask another question.” It was like a Magic 8 Ball without the black liquid, and definitely stemmed from older traditions of using objects to answer questions, such as pulling petals off a daisy to find out if she’s your true love. I was still shaken up by the bizarre premise of the Church of Play, but other church members asking nerdy questions to the Oracle (one of mine was “will the Star Wars prequels ever be erased from human existence?”) helped to break the ice for me a little bit. 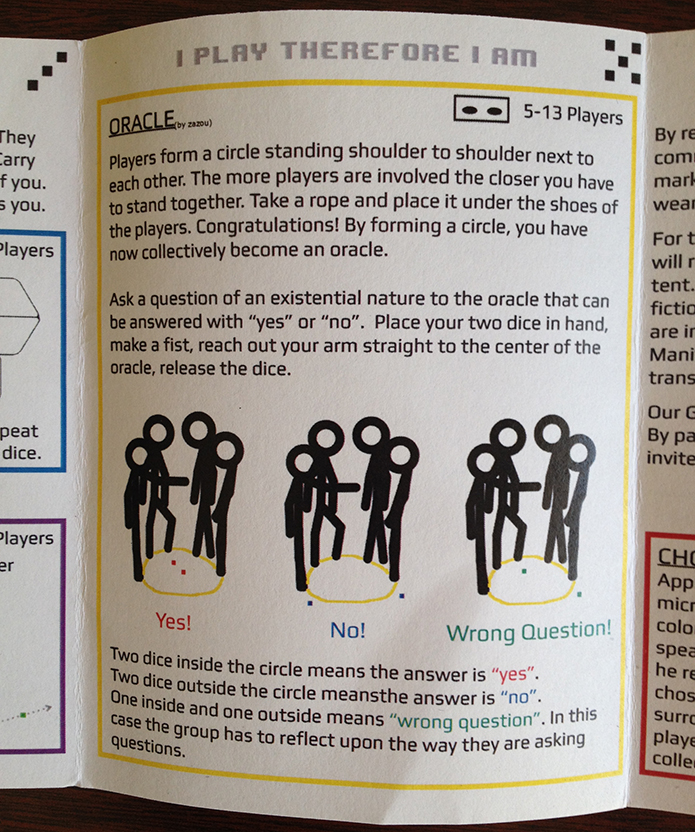 A later game I played hearkened back to the many improv games I played with my friends during my high school drama club days. Players, again standing in a circle, pantomimed working with an object, then handed the object to another person in the circle who then had the task of “morphing” it into another object. Here I felt in my element as I thought of the next silly thing I would create the next time the “morph-able material” was delivered to my hands. Some of my crowd favorites included using a lawnmower and a forklift, and at one point holding a beating heart while impersonating Mola Ram from Indiana Jones and the Temple of Doom. I performed well in these games, but not well enough to earn a gold die. Luckily I was given a die from someone leaving IndieCade who earned it in an earlier game. It was time to head into the Church for the ceremony. 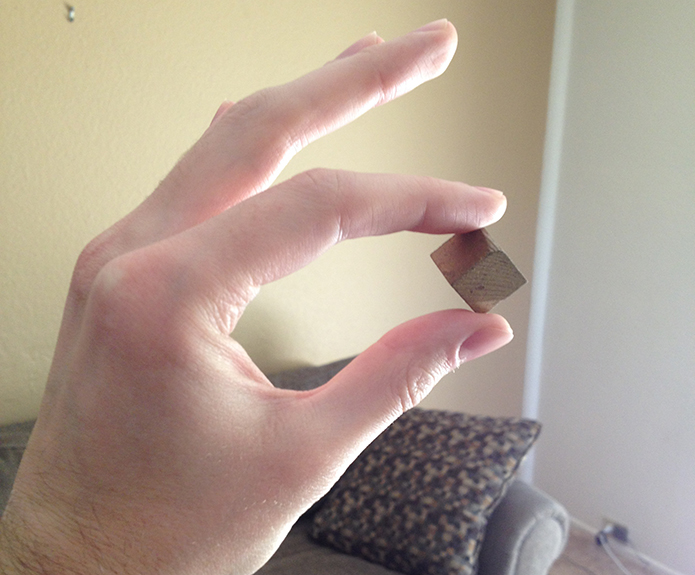 I don’t remember too much about what the developer “priest” said at the mass. I do remember us sitting in a circle as strobe lights bounced across the walls of the tent and weird out-of-sync metronome ticks played from a speaker. Eventually, we were each given two halves of tomatoes, which the priest put a spice blend and black pepper on. Then, he approached me. I was shocked. I know I still looked confused… had he caught my bluff? Does he know that I’m just playing along, and trying to not act like I’m part of a bizarre Jonestown for gamers?

“What is your name?”

“Scout…” I replied with some hesitation (members of the Church were told to have nicknames).

The priest removed my mask.

“It is very nice to meet you,” he said, looking into my eyes.

I breathed a sigh of relief as he went around the circle, repeating the process with each Church member.

Concluding the ceremony, we all linked hands, putting the tomato halves together. We then squeezed our hands together, squishing the tomatoes and making V8 all over the floor and our clothes. As someone who does not like getting dirty, I was relieved when a church member had water for our hands after the mass.

Looking back on it, although the presentation did feel very cult-like to me the Church of Play reminded me that we never needed controllers or keyboards to play games. Eons prior to the release of Pong, humans played with each other through physical games, and not just sports. Playing physically is not always about testing one’s athletic capabilities; playing can also be about sharing an experience, sharing a laugh, and getting to know people better in the process. My original plan that night was to get to know developers over a couple beers. Instead, I got to know more people, and know more about my friends, by playing in the Church of Play.