The day finally came for me this week: I got around to buying both a Wii U and a 3DS (the latter of which was long overdue, having previously only owned an original DS bought shortly after the handheld’s launch day). Though I don’t own many games for the two yet, I started off both consoles with titles from one of my all-time favorite game series, The Legend of Zelda. I charged through The Legend of Zelda: A Link Between Worlds in just a few days on my 3DS, and I am currently working through The Legend of Zelda: The Wind Waker HD, which came as a part of the beautiful limited edition Legend of Zelda Wii U bundle I managed to snag. 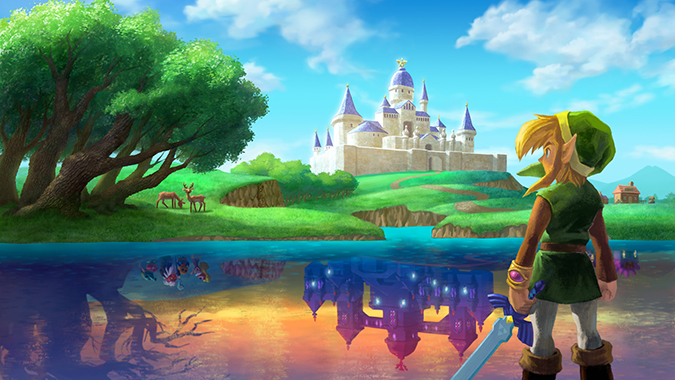 I am having the time of my life playing through both of these games, taking in the story, the massive landscapes, the music and the characters. That got me to thinking: Nintendo really can show off their new consoles in the grandest of ways with The Legend of Zelda, but only with this series alone. What is it about these games starring a pointy-eared boy in a green tunic that can consistently bring out the best in Nintendo’s new consoles?

It’s important to note first that Nintendo clearly takes their time when developing Zelda games for their new consoles, with the games often coming out one to two years after the launch of the console itself. Ocarina of Time was famously scrapped and rebuilt from the bottom up, delaying the initially planned Nintendo 64 launch title for a couple years. The original Gamecube version of The Wind Waker was released about a year and a half after that console’s North American launch in 2001. A Link Between Worlds was recently released two and a half years after the launch of the 3DS, and a new Zelda is reportedly in development right now for the Wii U, which has been out for a little more than a year so far. Compared to the next Super Mario Bros. game, which is usually available right at console launch or just after, that’s a pretty long time to hold off on Nintendo’s other beloved franchise.

And yet you can instantly see the difference a couple of years can make. While I do love that pudgy Italian plumber, every time I pick up a new Mario game the experience feels the same for me. It’s fun to play, yes, but I am never blown away by another frolic through the Mushroom Kingdom. Put it on a new console and the look is still the same: cartoony and whimsical. Mario has to be fun, not necessarily stylistic.

The Legend of Zelda is different. Hyrule is a breathtaking land, full of massive temples and vast natural landscapes. The entire world has to radiate with the promise of embarking on a daring adventure, an epic quest. Here is where The Legend of Zelda can show off one feature in a new Nintendo console: its updated graphics capabilities. Nintendo placed a lot of emphasis on the Wii U re-release of The Wind Waker being HD for a reason: the game serves as a tool for showing off the graphics capabilities on Nintendo’s first HD console. And it does the job nicely: every location in The Wind Waker HD looks incredibly clean and crisp, with a bit tighter detailing and incredibly improved lighting in comparison to the original Gamecube release. Thanks to the 3D capabilities of the 3DS, you could easily see the depth of various floors and platforms in the dungeons of A Link Between Worlds. You can say the same for earlier Zelda games. The overworld in Ocarina of Time still stands as one of the most amazing pieces of eye candy on the Nintendo 64, a true gem with which Nintendo could show off their first game console capable of 3D graphics. 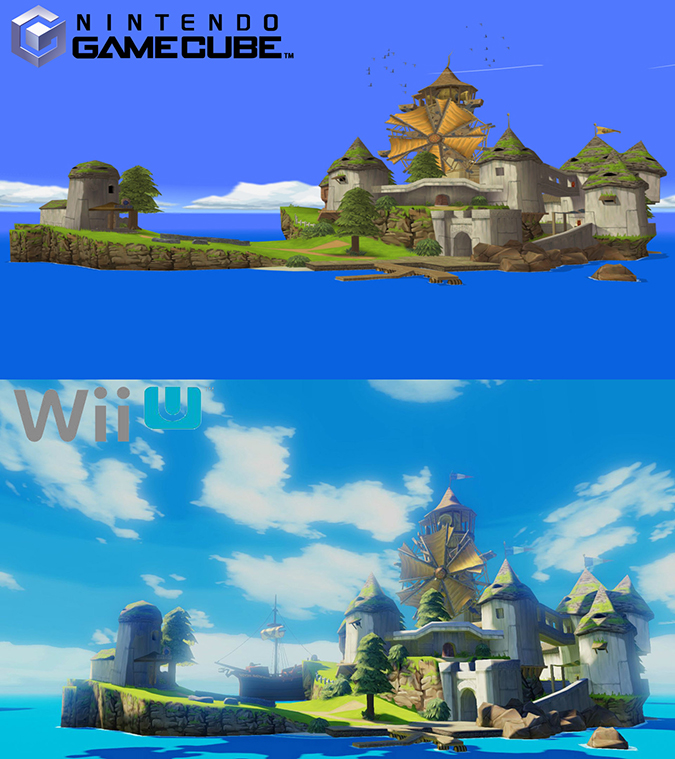 The gameplay of The Legend of Zelda is somewhat symbolic as well. Embarking on these adventures, you want to feel like you are the fabled Hero of Time, wielding an evil-repelling sword, a shield, and an arsenal of weapons. Through this Nintendo has started using Zelda to push new gameplay capabilities in their next-gen consoles in a mostly seamless way. For the first time, you could swing the Master Sword using the Wii Remote playing Twilight Princess. In The Wind Waker HD you aim arrows, your Hookshot, the boomerang and other items by titling the Wii U Gamepad. Even before motion controls, Nintendo used its latest technology to help put you more in the action: if you had the original Gamecube release of Wind Waker you could hook up a Game Boy Advance to the fourth controller port to summon Tingle to your aid. The incorporation of new technologies into the traditional Zelda gameplay also adds to the immersive experience alongside the massive dungeons, and again utilizes every new feature of Nintendo’s latest console to give you that experience. 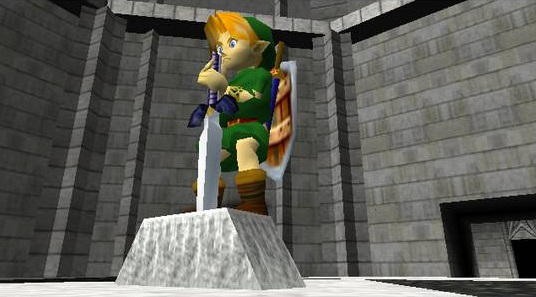 If you’re ever on the fence about buying Nintendo’s next console, wait it out a couple years until the next Legend of Zelda game comes out. Sometimes an adventure in Hyrule is all you need to see the best Nintendo has to offer.