I won’t lie; this past week, I went to see X-Men: Days of Future Past with pretty big expectations. After its predecessor X-Men: First Class did so much to revitalize the once-great franchise that was in danger of falling apart after several awful installments like The Last Stand and Origins: Wolverine, I think we can all agree that 20th Century Fox needed to deliver another hit pretty quickly if it was going to convince viewers that X-Men was indeed back in style.

Fortunately for me, Fox, and everyone else, I’m here to tell you that Days of Future Past didn’t disappoint. 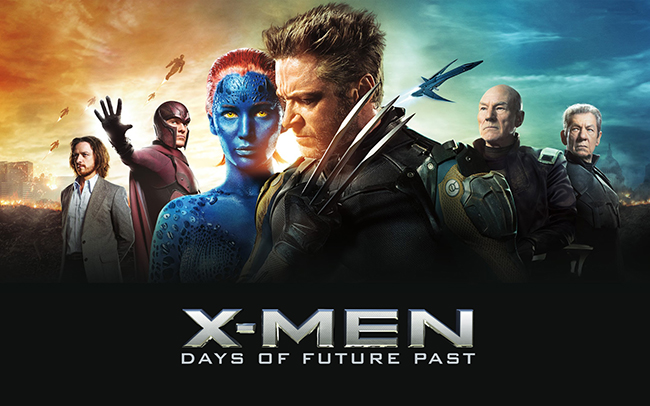 From the trailers, it was pretty obvious that veteran X-Men director Bryan Singer was setting the bar extraordinarily high for himself with this movie. Putting together two entirely different casts from two different time periods in the same movie, with multiple characters effectively playing each other, would be a lot for any film runner to handle, not to mention the audience.

Singer, however, pulls this seemingly impossible feat off in only the best ways. All the characters we’ve come to love, even the more minor X-Men, are back and just as awesome as they’ve ever been. A couple really well done new mutants also added to the stellar star line-up.

For those of you who have no idea what I’m talking about, I’ll attempt to sum up the plot in a few sentences. The whole thing starts in the future, far after the events of any X-Men movie we’ve seen before, in which the robotic Sentinels, who have systematically exterminated all mutants and those who aid them, now dominate the world. Professor X and Wolverine lead a rag-tag band of mutant survivors and freedom fighters of all stripes, including their former archenemy Magneto, and come up with a plan to send Wolverine back in time to stop the assassination of industrialist Bolivar Trask (Peter Dinklage!) in the 1970s. Trask’s death, at the hands of Mystique, no less, is apparently the tipping point that leads to the end of mutant-kind. Once back in the past, Wolverine has to reunite the young Charles Xavier, who has rejected his powers and society, with his bitter enemy Eric Lensherr and all the X-Men in order to change the future for the better. Of course, it’s not that simple when Eric decides to take matters into his own hands and betrays the group once again in order to rule the world; surprise, surprise. 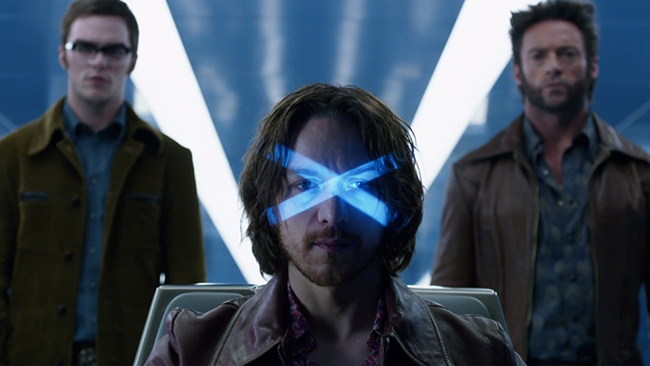 I’ll be quick about the highlights. The entire cast performs typically well, with old hands Ian McKellen, Patrick Stewart, and Hugh Jackman showing they’ve still got all the guts and grit it takes to be X-Men. I’d particularly like to single out Jennifer Lawrence for an amazing performance as the conflicted character Mystique; her emotional and sympathetic portrayal of the villain is a far cry from her cold, calculating future self in the original trilogy. It’s especially important since she is arguably the main character of the film, with the entire plot, from the assassination to the secrets of the Sentinels, pretty much revolving around her. This movie just goes to show why I love Jennifer Lawrence so much.

The pacing and story were pretty much perfect, with just enough action and emotional moments to keep the movie rolling, and the new characters were overall very well handled. As expected, super-fast mutant and fan-favorite character Quicksilver, played by the charmingly hyperactive and mischievous Evan Peters, steals the show with his brief but powerful guest appearance. There’s especially one scene, where Quicksilver listens to the Jim Croche classic “Time in a Bottle” while systematically saving the other X-Men and disarming an entire room of guards in slow motion, that is just a work of art and a treat to watch.

As always, there were a few things that I thought could have been handled better. For example, how in God’s name did Professor X manage to come back from the dead after being apparently disintegrated by Phoenix in X-Men 3? Frustratingly, the movie doesn’t provide much elaboration on this point. Also, does somebody want to explain to me how Kitty Pryde’s intangibility powers translate into time travel?

Most disappointingly, I was sad to see that Peter Dinklage’s role in the film was pretty minor and unimportant. I love Peter Dinklage, mostly from his work on Game of Thrones, and was very excited to see him put his own personal touch on Bolivar Trask to make the character an interesting villain. Unfortunately, such a moment never really materializes and Trask remains mostly just a plot fixture, overshadowed by his giant robotic minions. They don’t even explain why he hates mutants, for crying out loud! I guess my main point is that pretty much anybody could have played the role of Trask, and it seemed like a very similar case to Bryan Cranston in Godzilla where the only reason the actor was in the film was so the trailers could brag, “Oh, look at how great we are! We got Peter Dinklage for this movie!” 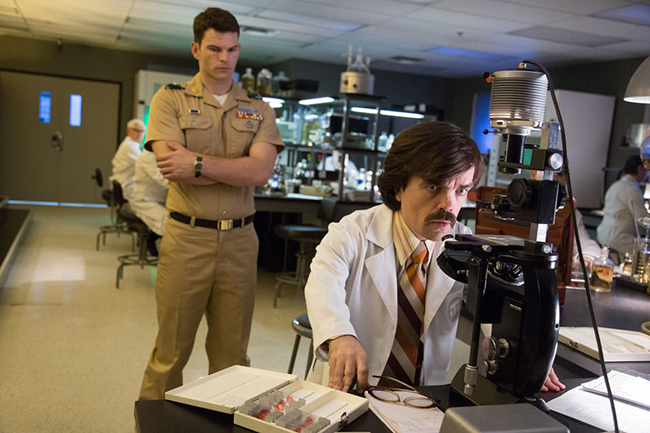 In the end, though, I have to say that if these are my only criticisms, the movie must have been pretty amazing. And it was. I’m actually more interested, however, in talking about the implications of this movie for the franchise in general. So I guess its time for me to go into conspiracy-theory mode.

By the logic of this movie, Wolverine and company completely change the past and the history of human-mutant relations, leading to a future that seems totally idyllic and, more importantly, where dead characters like Scott Summers and Jean Gray are alive again. This quite clearly suggests that because of the differences in history, the events of the entire original trilogy, and more than likely those of Origins and The Wolverine as well, never actually happened; or at least, not in the way that we remember them. Even the ending of the movie, where Wolverine is salvaged from the Potomac by Mystique disguised as his future creator William Stryker, implies that history will now be radically different from established canon.

As my title suggests, this brings me to the real reason that I believe Days of Future Past was made, and that is to provide a plot back door of sorts for 20th Century Fox to launch a full-scale reboot of the X-Men series, using the new, younger cast of First Class as the stars. Now that the original-cast movies have essentially been thrown out the window, the gap between the seemingly perfect future Wolverine experiences and the 1970s drama is totally open to re-interpretation.

The ending of Days of Future Past was intended as a nice final send-off to the original cast that righted all the wrongs of past movies; now that Professor X, Summers and Gray are all alive and back where they belong, Fox probably believes that fans will be ready to move on and will more readily accept a total reboot. In all honestly, Jackman, Stewart, McKellen, and the rest of the old heads probably don’t have that many movies left in them anyway. I’m not saying the reboot idea is bad, but just fascinating to think about. Well played, Fox. Very well played.

Furthermore, the after-credits scene featuring X-Men arch nemesis Apocalypse building the Great Pyramids hints at what could be in the future for the franchise. Perhaps an Age of Apocalypse movie starring McAvoy, Fassbender and company? I suppose we’ll just have to wait and see on that one.

FINAL VERDICT: Basically, go and see X-Men: Days of Future Past. You won’t be disappointed. All implications for the future of the franchise aside, it is a very, very good movie, and probably the best X-Men film to come out yet. Even if you’ve never seen an X-Men film in your life, viewers of all ages will find something to enjoy about it. And that’s all you can really ask for out of a movie.