Though the general public tends to shame some companies for ruthless marketing strategies, it’s impossible to be mad at LEGO, that lovable company that has been making interlocking plastic bricks for generations of children since it started in the 1950s. LEGO is so incredible at marketing itself using cross-platform techniques that it now has its own miniature media empire that includes children’s books, theme parks, video games, board games, kid’s clothing… and now, also a movie. 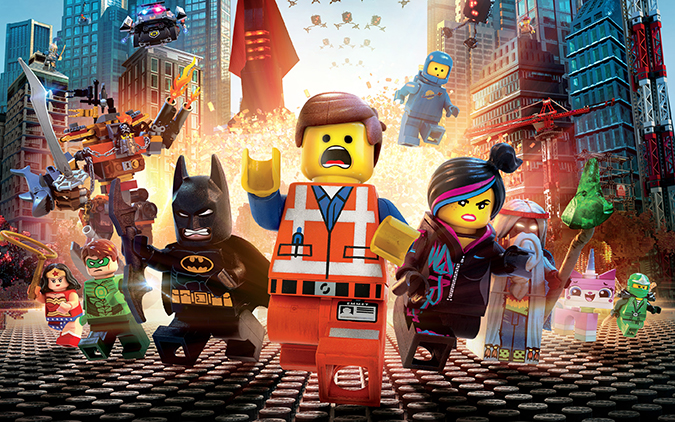 Like all other LEGO promotional tie-ins before it, The Lego Movie knows its audience, and knows how to share the fun of LEGO construction sets with both the kids who play with LEGO toys today, and the adults who reminisce on their own childhood memories with the toy. The film could have merely been an arduous hour-and-a-half of LEGO product placement (much in the same way that 1989’s The Wizard sold you on Nintendo video games). While I can almost guarantee you will want to buy a couple LEGO sets immediately after leaving the theater, you can also expect to leave having experienced a surprisingly satisfying story from Phil Lord and Chris Miller, the writers of Cloudy With a Chance of Meatballs and 21 Jump Street.

The Lego Movie follows Emmet (Chris Pratt), an ordinary construction worker minifigure who mistakenly becomes “The Special,” a minifigure who is said by prophecy to possess the “Piece of Resistance,” a special piece that has the power to stop the evil Lord Business (Will Ferrell) from super-gluing the LEGO Universe together in a mad push to achieve his vision of a perfect world. Guiding Emmet in his journey are Wyldstyle (Elizabeth Banks), an edgy, butt-kicking female minifigure, and Vitruvius (Morgan Freeman), a wise old “Master Builder” who first revealed the prophecy of The Special. Rounding up the main cast are two equally hilarious performances; Liam Neeson voices a LEGO-fied spoof of you typical movie “Good cop/bad cop,” and Will Arnett gives a truly laugh-out-loud performance as Batman, who is a real treat for any fans of the Christopher Nolan films. 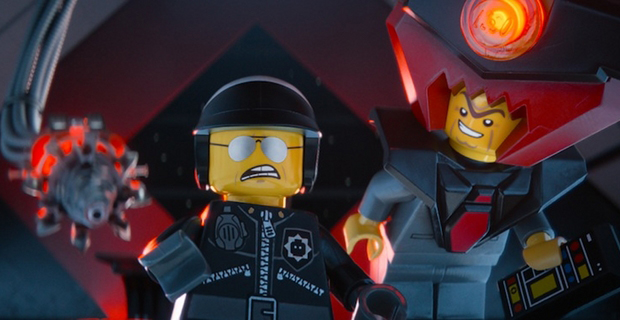 What makes The Lego Movie so spectacular is the story drops some deep philosophical themes on the children and parents watching it. The first act of the movie shows Emmet in discomfort as he begins his adventure. He originally lived his life “according to the instruction book,” and eventually grows to appreciate escaping the routine that society cast down upon him. This is a very intricate question to throw at children: do you want to live life by the instructions as well, or escape social norms and, shall I say, “build” your life as you see fit? Another deep question involving creativity also comes toward the end of the film, but I will not go into detail on it here, as it would reveal an ending too jaw-droppingly incredible to spoil.

When the movie isn’t getting deep in its themes, there is some serious humor to appreciate. Expect a laugh a minute as minifigures interact with each other, from Superman trying to deal with a clingy Green Lantern to a classic spaceman minifigure (named “Benny”) obsessing about building a spaceship. I can guarantee you can also expect some cameos from many famous characters from licensed LEGO sets, some of which you won’t even see coming. 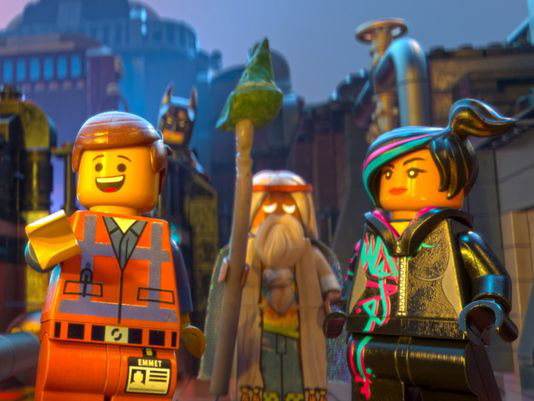 I also cannot talk about The Lego Movie without bringing up its animation – it is INCREDIBLE. The film is entirely computer generated, but is made to look like it was shot in stop-motion using real LEGO bricks. I originally wondered why stop motion was not done anyway, but then I realized how intricate it would have been by hand: waves on the ocean, lava flows, spilling and splashing water were all made out of bricks. Re-positioning each tiny brick for each individual frame would have been a daunting and time-consuming task. It is very impressive to see how realistic the toys appeared in CG; it was as though I was looking at a real LEGO set being played with before my eyes.

FINAL VERDICT: The LEGO Group has a reputation for high quality with each of their products today, from the toys to the video games. The Lego Movie is no exception. While the movie certainly is a commercial for LEGO bricks, it is at the same time a well thought-out family film with amazing animation and voice acting, and a much deeper story than you could possibly expect out of an hour-and-a-half long commercial. Kids will love the colorful landscapes and the laugh-a-minute humor; parents will love the chance to reminisce on their childhood memories playing with their own LEGO toys in between laughing along with their kids. This is a family film I would highly recommend, especially as we slog through the pre-Oscar slump of typically bad films in the theater.