Welcome to another edition of Channel Chaser! We’re back to reviews for this week, and honestly I can’t believe that I haven’t talked about today’s topic before now. Sure, I’ve mentioned it in passing a few times, but as one of my top ten favorite TV shows ever, you’d think I would have made it more of a priority. Oh well: it’s not the end of the world. But actually, for the fictional residents of the town of Jericho in the show of the same name, it sort of is. 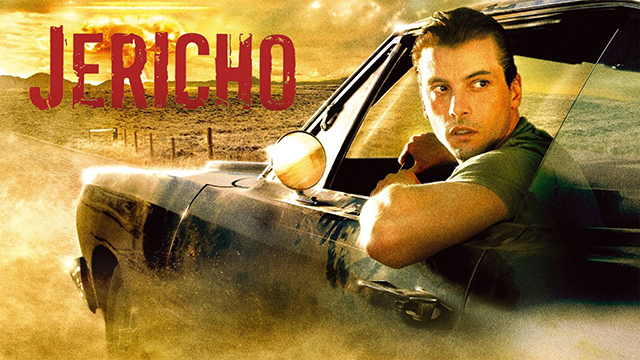 Jericho first aired on CBS in 2006, when Homeland Security fears and tensions from the 9/11 attacks only five years previously were still running high. During these years, the nightmare scenario for many people was the idea of a homegrown terrorist attack of a massive scale right here on American soil; and in case you hadn’t already guessed, this is exactly what happens in the show. In one single moment, nuclear bombs take out 23 major U.S. cities from Philadelphia to San Francisco and Denver. The latter of these three is the most relevant to the plot, as the residents of the tiny town of Jericho, situated on the border between Colorado and Kansas, can see the blast from their homes…and predictably, all hell breaks loose.

Jake Green, the estranged son of the long-time local mayor, rolls back into town just as the catastrophe is unfolding and carries some dark secrets with him about his time away. He eventually crosses paths with Robert Hawkins, another new addition to Jericho with a shady past of his own: he worked for the government and as an inside man in the terrorist cells. Together, and with the help of their friends, Jake and Hawkins must unite Jericho’s people against the unimaginable threats they now face: everything from Mad Max-style road gangs to radioactive fallout, and even the assault of a militarized neighboring town that seeks to annex Jericho’s land for itself.

I’ll be honest: the fact that Jericho is supposed to be a metaphor for the spirit of the United States as a whole is pretty obvious, and it’s something that gets beaten into your head quite frequently over the course of the series. But just because it’s obvious doesn’t mean that it’s cheesy or bad: far from it. I really have nothing but praise for Jericho’s plot overall, from its incredibly realistic depictions of life after nuclear devastation and how quickly society can fall apart if someone doesn’t hold it together…as well as just how much small-town drama can influence the course of that society on a massive scale. Commodities that are usually taken for granted, such as salt, become incredibly valuable as they are crucial to human survival–something that Jericho, as a major salt-mining town, uses to its advantage during negotiations with outsiders. It also pulls no punches in showing just how dependent people are on electricity and their gadgets, with many falling to pieces after their cell phones and other devices are rendered useless by an electromagnetic pulse.

The juxtaposition between Jericho and New Bern–the aforementioned invading town in the latter half of the first season–is especially potent. Jericho and New Bern are really very similar, with both confronting the same problem of roaming former-government mercenaries who kill anyone in their way in order to survive and get what they want. Jericho manages to bluff its way out of the confrontation, a move that is masterfully demonstrated to have consequences when it is revealed that the mercenaries then went to New Bern instead and demolished it. Adding to the realism of the entire scenario, instead of a benevolent and community-oriented leader like Mayor Johnston Green, New Bern got a dictatorial, military-style tyrant in the form of Phil Constantino, the sheriff who takes charge after the contractors hit his town. The point of this entire storyline, in my mind, is how different groups of people react to life-threatening situations and how the slightest difference in otherwise similar situations can butterfly-effect into massively different chains of events. Once again, it strongly parallels America’s own historic rise as a democracy among corrupt monarchies.

Unfortunately, Jericho didn’t do so well in the ratings despite its popularity, and it was cancelled after the first season’s massive cliffhanger ending of New Bern launching its siege of Jericho. But in an unprecedented show of support, fans successfully convinced CBS to air another season. While this itself was cancelled halfway through its run, it still did a great job in introducing an entirely new dimension to Jericho’s woes. The scrum between New Bern and Jericho is ended by government forces, who are reasserting control following the bombs–just not the government everyone remembers. 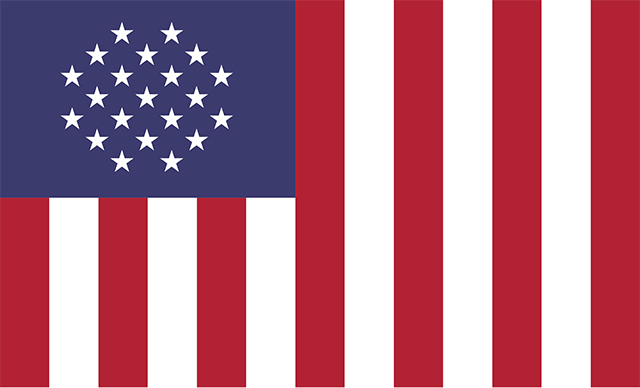 Heralded by their creepily redesigned flag, the “Allied States of America”, a coalition of surviving states west of the Mississippi and with a capital at Cheyenne, Wyoming of all places, jumps in with a suspicious corporate agenda and an oppressive rule like an iron fist. The small-town problems go to the wayside as Jake, Hawkins and friends are drawn into a giant conspiracy surrounding the terrorist attack and the true nature of the Allied States government. Spoiler alert: it ain’t good. Let the Second American Revolution begin!

While the town of Jericho may be way out in the boonies, its residents are anything but. In fact, the actors involved go out of their way to show that, despite their admittedly strong small-town values, they are anything but the stereotypical “hicks”. A special shout-out to Shoshannah Stern as Bonnie Richmond, one of the few extremely positive representations of a disabled person (she’s deaf in the show) I’ve ever seen in media. Additionally, the Stanley and Mimi love story is very well-played, as it could easily have been cheesy and overblown. My one issue is that I couldn’t get behind the Jake/Emily relationship…or any of Jake’s relationships, for that matter. While he’s great being an awesome action hero, Skeet Ulrich just doesn’t seem to have any chemistry with the ladies in Jericho. Sorry, but it’s true.

Its ideology and historic imagery may be a bit old hat, but for the most part Jericho is pure, solid post-apocalyptic gold. A strong and suspenseful central plotline delivers all the cerebral thrills and blockbuster action that any fan could want, and it’s on par with The Walking Dead in my opinion as about as authentic a representation as we’ll ever get of the world falling apart…well, until it actually does. It’s really a crime that this show didn’t get a third season, or more for that matter, but there have been rumors flying around for years about it possibly getting picked up by Netflix or a feature film. Here’s hoping that dream doesn’t go up in smoke.