At the start of the fall season, I decided to try out a pair of sports anime series: Ace of Diamond and Yowamushi Pedal.  Six weeks later, I’m thoroughly enjoying one of them, while the other has fallen off my radar completely.  Since both follow a fairly typical genre structure, why the vast difference in my lasting interest?  As it turns out, the answer reveals quite a lot about what makes a piece of sports fiction good or bad.

Let’s start off with the series I dropped.  Ace of Diamond follows a Japanese high school baseball team that’s trying to win the national championship.  There’s nothing surprising here, since the goal of most fictional sports teams is to win The Big Game/Tournament.  The problem lies in the characters and their circumstances.  The show is set at a high school that’s famous for its awesome baseball team, and the characters were scouted from around the country for their incredible skills.  Guys who were the stars of their middle school teams are second-string players at this school, and there’s no doubt that they’ll be a force to reckoned with in the various tournaments they enter.  This huge collection of skill and resources turns out to be the show’s downfall. 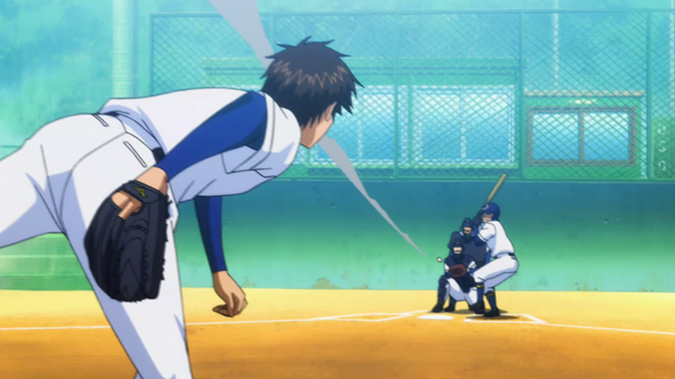 Fastball or rocket launcher? You decide.

Here’s the problem: if I wanted to watch a show where a well-funded team of all-star players wins the national championship, I’d turn on ESPN and watch a real game.  Unlike genres with magicians or giant robots, sports anime is forced to compete directly with its own subject matter.  If it’s close competition I’m interested in, I’ll watch the actual sport on TV.  If I’m in it for a character study of a charismatic athlete, I’ll watch a documentary.  Ace of Diamond dooms itself by sticking too close to reality, and that strict adherence means there’s no reason to watch it instead of the real thing.  The show has other flaws, but this is the real nail in the coffin.  Non-fiction is full of macho jocks being good at sports, so why would I care about a made-up version of the same thing?

In stark contrast, we have Yowamushi Pedal, which the fandom hive-mind has apparently shortened to Yowapeda.  It keeps the high school setting, but switches baseball out in favor of bicycle racing and shrinks the team from eleventy billion to just over half a dozen.  Instead of an obnoxious idiot with dreams of being an ace pitcher, the main character is a shy guy with glasses who’s unintentionally built up his endurance by constantly biking to Akihabara to buy anime merchandise.  While Ace of Diamond is full of ambitious characters trying to one-up each other, Yowapeda focuses on having its cast grow and develop as a team.  Most importantly, these guys are nowhere close to being the favorites in any competition they enter. 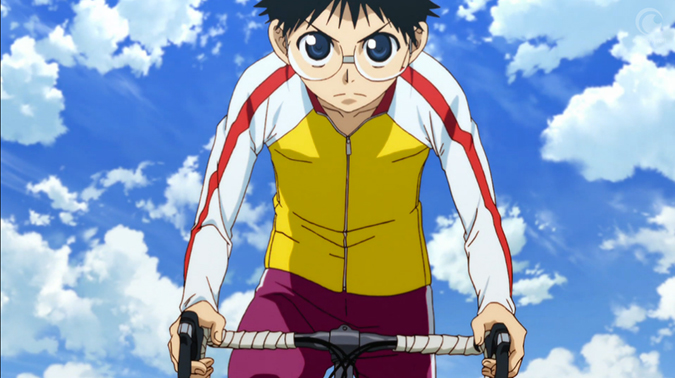 The underdog nature of Yowapeda’s “hero team” taps into the power of the sports genre when it’s done well.  Because the show doesn’t have to be factual, it can tell us a story that would never happen in real life.  The ragtag band of oddballs with unusual talents can take on the elite teams in the sport and actually win.  If they work together and put in enough blood, sweat, and tears, they can overcome their opponents’ massive advantages.  It’s the kind of story that can only happen in fiction, and it’s the only way for a sports anime to justify its existence.  When it’s easy to watch the real thing, a TV series has to give us something completely imaginary.  With its quirky set of heroes, that’s just what Yowamushi Pedal manages to do.