Welcome to another edition of Channel Chaser. When anyone talks about a new television show that pops up on the tube, the primary topic on everyone’s mind seems to be the originality factor; in other words, what is this show doing or saying through its plot, characters, setting, or other elements that has never been done before? The novelty and originality of a TV program’s premise is a big part of what attracts viewers to the show and keeps them tuning in every week.

Because of this, I’ve seen a lot of eye-rolling and heard a lot of annoyed sighs lately about the apparent lack of any kind of originality whatsoever in the media anymore; I’m speaking, of course, about spinoffs and reboots.

In general, spinoffs aren’t treated nearly as negatively because of their extremely close association with popular parent shows. Rebooted shows, however, are a much tougher sell: the idea of taking a beloved classic program and recasting, resurfacing, and totally revamping it doesn’t usually go over well with people who have seen them in their original glory. If you want my opinion, though, I think people could do to be a little more open-minded when it comes to rebooting a TV show; I would point to the relative popularity and success of the recently rebooted Star Trek film series as a perfect example of when reboots can go right. In fact, I would say that in many ways, reboots are essential to keep the shows we love in such high esteem.

Why is this, you ask? First of all, there are many purely practical reasons as to why shows need to be rebooted; changing viewer tastes, modern innovations, and aging actors, just to name a few. While many older television shows have managed to maintain their charm through the ages, many others are so hopelessly out of date in both technical and theatrical aspects that they cannot hope to appeal to the minds of current audiences. Rebooting a story to bring it up to date with the current times and put it in a context that more viewers will understand and be interested in is a great way to breathe new life into the classics; I would point to the renewed wave of interest in Sherlock Holmes through the modernized shows Sherlock and Elementary as proof of this idea. 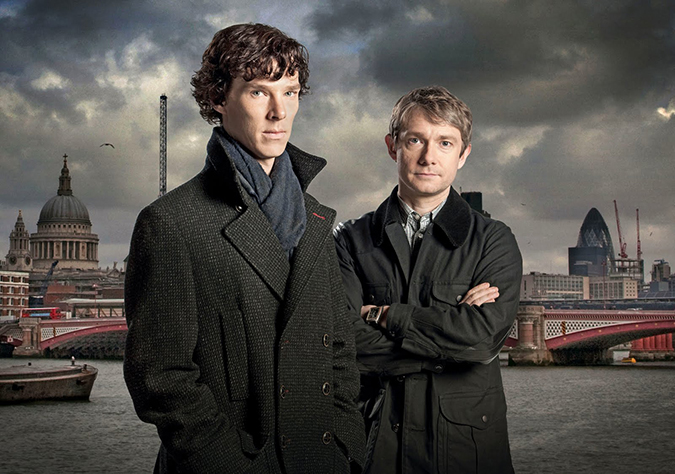 Furthermore, shows obviously can’t stay around forever because actors age and must necessarily be replaced with fresher, younger faces; this transition is made much smoother through rebooting rather than just dropping unfamiliar people into the same story. While this kind of thing can also be avoided by just spinning a show off, that trick can only be used so many times before the spinoffs lose any vestige of what the original show was trying to be. Take Star Trek for example; by the time Voyager rolled around (the franchise’s fourth spinoff, for anyone counting), it had become so hopelessly filled with techno-babble, increasingly ludicrous plotlines, and characters so lifeless and unoriginal that they may as well have been stamped out of a mold, that the franchise was almost unrecognizable. In TV, as with any medium, you can only try and top yourself so many times before implausibility makes the audience lose interest. Lost, anyone?

This was also tragically the case with one of my favorite television franchises, the sci-fi series Stargate. For almost as long as it ran on TV, one of the trademarks of Stargate that made it stand out from the competition was the fact that despite the grand interstellar adventures, powerful alien adversaries and dire threats to universal peace that made up each episode, the shows had an overall tone that still managed to be light and funny at times; it didn’t take itself seriously. In the aftermath of the smash-hit reboot Battlestar Galactica, however, every show in the sci-fi vein was pressured to mimic the dark, gritty, and serious overtones that made the show so entrancingly realistic, and the third show of the Stargate franchise, Stargate Universe, went to great lengths to fit into this mold. The result was a frankly awful show and the death of Stargate on television, at least temporarily.

Another key reason for rebooting a show is the fact that, due to the necessity for show-runners to keep topping themselves when their characters face new challenges, there comes a time when the heroes of a show are too powerful for the show to make sense anymore. Again, focusing on the Stargate franchise, the entire point of Stargate SG-1 was that despite being incredibly outmatched in terms of numbers and technology, a contemporary military force could use ingenuity and innovation, not to mention good old plucky human spirit, to outwit and defeat vastly superior alien forces. As the franchise progressed, however, Stargate teams gathered more and more advanced technologies from across the universe with which to augment their capabilities, until it finally got to a point about midway through Stargate Atlantis where humanity was obviously the dominant force in galactic affairs, with ships and weapons that could handily defeat any conceivable foe. When the show’s plot lost this appealing “root for the underdog” mentality, Stargate more or less fell apart; the only thing left to do was focus on inner dramas rather than external forces, which, as previously stated, was something the franchise was never meant to do. 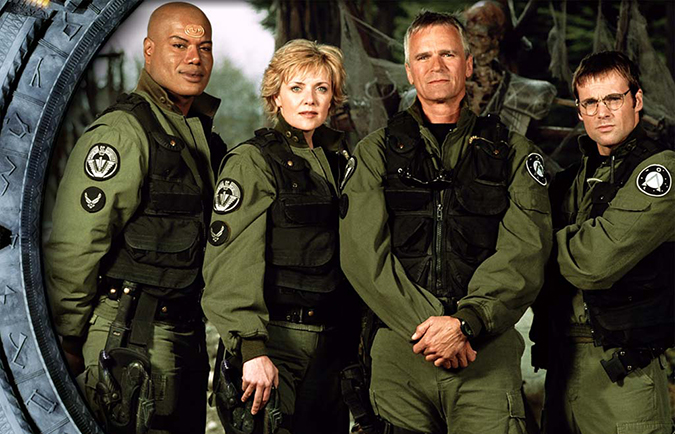 While I love Richard Dean Anderson and the rest of the Stargate universe as much as the next guy, I believe that it would be incredibly advantageous for the franchise to reinvent itself in the same manner as Star Trek. In the aftermath of the original 1994 Stargate film, author Bill McCay wrote a series of five novels that detailed the political, social, and economic fallout both on and off Earth following the movie’s events; these novels ignored the canon resets of SG-1 and maintained the notion that there are only two (later revealed to be three) Stargates in existence. I would love to see this idea explored in a reboot film or television series, bringing a new and refreshing take on the story to Stargate fans everywhere.